I just realize the Mute/Solo buttons are not there any more in Play mode !
Is this normal ? 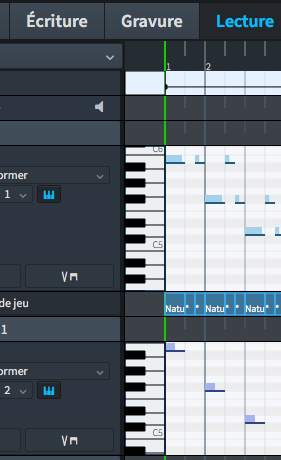 IIRC They were removed because they did not work and will be restored once they live up to Dorico standards of reliability and functionality.

I remember this as well…

That’s right: for the time being you need to use the buttons in the Mixer rather than in the track headers in Play mode.

I´m missing the mute/solo buttons too. These buttons in the mixer are no substitutions for the buttons in the pianoroll, because vst´s like Noteperformer don´t appear with all channels in the mixer, just with one (which is quite a pity). To solo or mute a channel you have to open the vst-window first , which is quite cumbersome. So, please dear Dorico team give us the mute/ solo -buttons back in the piano roll.

Looking ahead, it would be useful to mute / solo player groups as well.