Hi. I’m having fun recording a mixture of midi and audio usually over 16 bars, in loop mode, and using the mute and solo buttons to give some dynamics. Here’s the question- I’d like the mute to take effect at the end of the bar, not instantaneously. Is there a setting somewhere?

Mute is applied immediately. But you can use the automation to predefine, when to trigger it.

I am not 100% sure I understand well what you want, but maybe you are referring to the so called “throws”, for example you mute the delay at a point, but the last phrase keeps repeating for a while, that is, the FX will not be applied after that point, but the sound that was sounding at this point preserves its FX until it dies.

Here is a video showing how to make vocal throws, for example, exploring different ways: 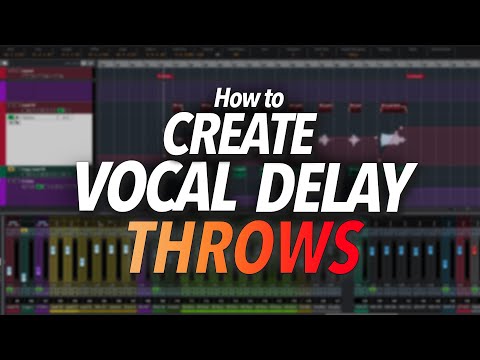 Thanks for your replies.
That’s not quite it though.
I’m using cubase much the same way people use Ableton or a loopstation I suppose. Recording phrases, adding drums and pads, percussion, some vocals. Not arranging a track but looping 16 bars and bringing in or muting parts in real time. With loopstations it’s possible to have the changes come in at the end of the bar. In cubase Mute and Solo take effect immediately. I was hoping a setting would give me what need.

I’ve done something similar in live performances so that arming/unarming tracks simulate organ stops. It’s tricky but not impossible.

Works like this for me (I’m on Windows):
Install a virtual MIDI port like loopMIDI if you don’t already have one.

Route a MIDI track out to this virtual port.

Set the input of this generic controller to the virtual port.

Establish events in the Generic Remote to automate things in Cubase that either do not have native VST control lanes, or that you wish to trigger from alternate tracks and/or live MIDI controllers.

Draw the stuff you want done on your MIDI Track(s) that are routed to the Generic Controller.

At this point you now have some method of tweaking things that you typically could not do unless the events were on the same track you’re wanting to automate. You can also launch macros and such that are not possible to automate otherwise simply because automation tracks don’t exist for it.

In my case, all I wanted was to be able to set up some MPC pads to arm/disarm tracks routed to different channels of some plugins hosting pipe organ ranks; however, the Generic Remote Map should open up lots of possibilities for you!

I.E. On your MIDI track > Generic Remote, draw in events that would mute a number of tracks, unmute some others, and also mute and hide the present MIDI controller track while unmuting another that’ll send ‘different instructions’ on the next cycle.

You can even do stuff like move the locators around. Stop the transport and have it wait until you click play again. Launch Macros and/or MIDI or Project Logic Editors, and more.

I’ve also used the tactic for things like building an LFO pattern for a VST control using the LFO Insert of a MIDI Track.

Generic Remote == Automation of nearly EVERYTHING in the DAW…even stuff that doesn’t have any sort of built in ‘automation lane or track’.

Virtual Port == A way to record/draw/edit events onto a MIDI track and route it into the Generic Remote Page.