Last year we produced Dorico Expression Maps and Playback Templates for our popular SYNCHRON-ized Special Edition series. Now we have made settings for two of our bigger collections.

The Synchron Strings Pro and SYNCHRON-ized Woodwinds libraries can now easily be used with Dorico 3.5 (and higher). The latest version of the “VSL for Dorcio” installer comes with Dorico Expression Maps and Playback Templates for these libraries.
https://www.vsl.co.at/Notation_Related 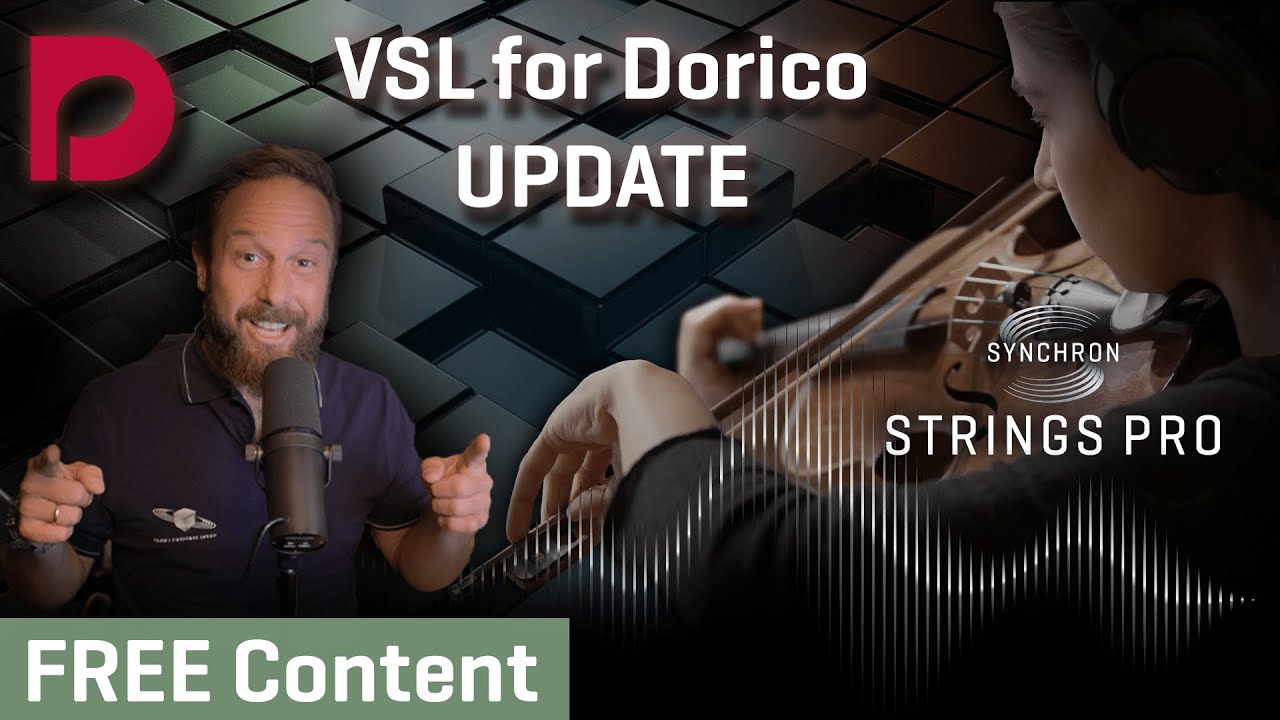 and in our Dorico Tutorial
https://www.vsl.info/tutorials/guides/dorico-integration/quickguide

Since my post above we have added Dorico settings for some further libraries.

So now we offer Dorico expression maps and playback templates for the following collections:

Hello Andreas,
Thanks for offering these so useful Expression Maps!

As an owner of Synchron Percussion I, I was wondering if expression maps for this library is something that could be available?
This could be great to have a “Full” (using SYNCHRON-ized Woodwinds “as” Synchron Woodwinds) VSL Synchron orchestra in Dorico!

I cannot see any expression maps for Synchron Elite Strings. I assume therefore that the corresponding playback template uses the Synchron Strings Pro expression maps. Is this correct?

That’s correct. The mapping of the dimension tree of Synchron Elite Strings is almost identical to Synchron Strings Pro. Therefore the same expression maps can be used for both collections.

Are these instrument instances inserted into the Dorico project as “Vienna Instrument” instances or “Vienna Ensemble” instances?

P.S.: The Youtube demo in the 1st post of this thread sounds (the overall color) too dumb to me comparing to NotePerformer 3, despite that I am aware that VSL has much higher sample quality.

I’m not sure what you mean with “dumb”, but if your are talking about tone-colour, it is very easy to load different mixer-presets or add an EQ.

Maybe my written expressions are weaker than actual audio demos.

This is my recent work using VSL Synced SE vol.01 through the official Dorico playback template, comparing to the NotePerformer version.

Maybe VSL SE vol.01 is not suitable for the emotional expression needs of this composition.

You have lots of short notes in your score. Many of these notes will sound better if you trigger staccato patches. Please note that the staccato patches will only get triggered when you add a staccato mark.

You could set the Expression map to trigger staccato when a Short note is played.

or better still, automate the Expression Map NoteLength feature with a variety of shorter notes after testing what is most likely to be the best fit under different circumstances as I do in mine.

At the very least, ensure that in the VSL map, the VelXF is activated otherwise you’ll continue to get porridge – as you say, the NotePerformer mockup is much better as things stand as NP deals with this kind of music quite well with little effort. If you’re not sure how to go, just post a page or two of the score and I’ll try to do something with it using the Synchon-ized SE.

Thanks to Andreas_Olszewski, @benwiggy, @dko22 who were trying to address the problem of articulations in the VSL demo I provided.

I am afraid that this is not the only “what needs to be improved”.

Ben (VSL) joined the same discussion in the VI-Control, and I left some comments regarding the generations of MIDI mockup technologies at present in the thread there: Is VSL Special Edition still easy for sheet music composers? | VI-CONTROL

BTW, maybe MIR does not always sound good with samples from VSL Symphonic Cube (which is what VSL SE and Synced SE uses). Is there a default way to turn the MIR panning off by default for certain instruments (like the Bosendofer)?

Also, the built-in MIR in the Synchron Player can be a good competitive product to Virtual Sound Stage 2 (VSS2) if being sold separately as a tiny plugin. I am afraid that the development of VSS2 has been completely stopped, and I worried its availability for future macOS releases without Rosetta 2 support (together with its availability in VST3).

This is a bit off-topic now, but since you have asked:
If you use MIR Pro inside Vienna Ensemble or Vienna Ensemble Pro, you can add (or remove) MIR Pro for every channel individually. It’s possible to add MIR Pro automatically for every new channel, but there is no setting that adds MIR Pro automatically only for certain instruments.
If you want a little brother of MIR Pro, you might be interested in our MIRx products. Please note that they are plugins for the Vienna Instruments and Vienna Instruments Pro players and don’t work with other hosts.
https://www.vsl.co.at/en/MIRx/MIRx_Bundle

I’ve read the VI-Control exchange. I think it’s a bit unfair classifying VSL as first generation MIDI as there is actually quite a lot of scripting going on under the hood. I think the best of the latest generation – and I would single Cinematic Studio out for special praise – do allow a more natural musical flow without too much effort but there’s certainly still a place for the venerable VSL, particularly in the huge range of instruments and articulations it offers and I use it in many projects.

Your complaint that VSL cannot smartly interpret the content in the way that Noteperformer can is only party true. It is precisely with something like Dorico that can modify and expand on VSL’s Expression Maps (or create your own from scratch) to automatically choose an appropriate articulation according to note length. This basically what NP does as well. Both systems require some correction. Andi says, as indeed do other developers like Spitfire or CSS, that their products are best used in a DAW environment but I become less convinced by this all the time as Dorico continues to improve and certainly v4 will see another jump forward.

The difference you hear between versions is partly due to non-optimal short patches being chosen by VSL in many instances but more, I think, as the much greater dynamism of velocity crossfade seemingly not being used. Again, post a page or two of score if you like and I’ll see if I can do something with it.

Post a page or two of score if you like and I’ll see if I can do something with it.

I sent you the project file privately. Please keep it confidential.