I’ve heard nothing but good things about Dorico and I know that it covers a wide range of shortfalls and is far more professional compared to my current notation software. However, I would like to know why (i.e. what is the advantage) of putting steps or wasted energy between the composer and simply putting notes on the page?

Here is what I mean (because I know that the additional steps help in the long run, but I don’t see it from just starting out).

The interface is very similar to what I use now. I see (for argument sake) a quarter note icon available so that I can score a quarter note on the page. Now, and I am being genuine here, is there any other reason at all for me to click that quarter note icon other than the immediate desire to drop it on the page? In other words, why place a “Shift N” barrier between the impulse, the click, and the drop? (even more curious is the fact that I must use two keys on my keyboard as opposed to one- again, very much feels like a safety switch especially since Shift and N are about as far apart on the keyboard as any two keys could be.) Is this to keep me from doing something unintended with the quarter note. But what other intent could I have in the Write panel or anywhere else? Why is the Shift N part of the process?

I know my novice status is preventing me from seeing the value of these safeguards, but can they be reduced or removed in the preferences. I can’t honestly say that I’ve ever grabbed a note icon from the pallet unless it was for the purpose of putting on the page. The additional Shift N seems very strange, but not as strange as having to bump into a new gateway to repeat the process with every single part on the page. I also have never been alarmed or impeded by dropping a note on an unintended part of the score. Every part should be open once I grab a note and am ready to start putting them on the page.

Welcome to the forum, @s.c.beatty7. When you click a note in the notes panel, you should find that you can indeed “plop” that note down into the staff as you wish: as soon as you click the note button, once you hover the pointer over the score, a shadow note and ruler will appear, and you can click to input the note: the pointer will remain active, and you can click again to input on any staff.

I’m not sure what you’ve managed to do in order to make Dorico behave differently – could you perhaps attach a screenshot of the left-hand panel and toolbox in Write mode?

Well, now I am a bit confused.

The Shift+N is the first instruction you are given as a new user in the guided tour.

Which I admit I immediately thought, “nah, it’s got to be just drag and drop.” but after I finished the tour I realized that unless i followed that tour provided Shift+N instruction, then I could click the note and then the score all day but no note would populate the chart.

however, I think now that precision was an issue when it comes to inputting into other parts since I started with the Dorico Prelude the default display was very small. I think also that if you start from a new score as opposed to one of the pre-built examples that the Shift+N is not an issue. Thanks for your time.

I would suggest you to follow Dorico First steps which guides you through engraving a piano piece step by step. Dorico is optimized for work with keyboards (computer and MIDI) which are way more efficient than mouse. It’s a little bit of work at first but you’ll be soon rewarded!
Dorico First steps guide

Dragging notes into the correct staff position is much slower than ‘typing’ a note duration and a pitch. (Using a MIDI keyboard for the pitch is faster still.)

That’s as true in any notation software as it is in Dorico.

But as Marc says: Do the First Steps guide, learn how it works, rather than trying to fight it. You’ll find it’s very quick!

Well, I do appreciate the positive and constructive nature of this forum. I am all about first step guides, tutorials, etc. but it was the very first step of the very first tutorial that included this Shift+N instruction. Which caused me to pause as it was a strange first impression to see a cumbersome and unnecessary feature (which took longer to code than leaving it out) as the gateway to a product I know nothing about. Anyway, based on the user reviews here, it appears that this is a top notch user friendly product that just happened to place (what seemed to me to be) an awkward first step in its tutorial.

Alas though, I wish I had any type of skill with the keyboard so that MIDI would be an option. I tend to go right from the “radio” in my head to paper with no instrument in between. It is actually easier for me to visualize in real time looking at the staff than being incumbered by my lack of piano skill on the keyboard. I guess that makes me more of a painter than a musician, anyway…I normally left hand hot-key the notes I want, and then click (gaming mouse speed) on the score. So, between the left hand and right hand it is usually more than fast enough for the active composing phase, but may not be optimal for arranging, or other tasks.
I know that one must make trade offs in order to utilize professional level features that meet industry standards. My old pickup gets all the practical stuff done, but when you are going for a night on the town, you need to fire up the Porsche.

Look at it this way: adding anything to the score is Shift something.

Some of these, like Repeats, Chords, Playing Techniques, Holds & Pauses can be added to empty rests, before you’ve even added any notes!

Activating Shift N switches between the mode of inputting notes, and the mode of … doing everything else. If you’ve used Finale, it has (several!) tools for different kinds of Note Entry, and then other tools for other modes.

When this Arrow is lit up blue, you use Shift-N.

When it’s not, then you can use drag & drop.

There is a setting in Preferences > Note Input and Editing: By default, enable note input using the mouse

Aha…this actually answer the question. I was curious from a design standpoint, and now I understand it is part of a larger, cohesive and easy to remember set of switch keys to open different functions. That really helps and I can immediately digest the whole set of commands from that perspective. I guess I have an OCD of some kind. Thanks!

This is perfect as well. Thanks! I am ready to dive into the full tutorial and learning curve!

Look at it this way: adding anything to the score is Shift something.

I just want to mention that this way of presenting and describing certain actions in Dorico is so simple and intuitive, it literally takes a single second to internalize. Prior to reading this on the forum, I’d been writing down shortcuts on a Post-it and forcing myself to memorize them, and it was a nightmare. Perhaps I have some kind of learning difficulty and do not see what’s obvious to everyone else, but this way of setting the context for the shortcuts was a game changer for me. The other one - that I also learned here (and I think it might have been from you?) was to program the filtering shortcuts the same way. That was also incredibly helpful, so - thank you, so much!

And, since shift N will be used most often, the designers thoughtfully made return do the same thing.

Praise goes to the Dorico team for coming up with the scheme.

There are several other ‘themes’ in the keyboard shortcuts that make them memorable - or consistent, at least. Like the way meta-keys (Shift, Ctrl, Alt) work with arrow keys.

The Options dialogs are all Shift Command (Ctrl on Windows?) something – E for Engraving; N for Notation, L for Layout, etc.

There’s also the N / M keys for cross-staff notes, or moving stuff (with Alt). I’ve adde to this by pinching Shift Alt N and M from other things and assigning them to Duplicate to Staff Above/Below.

Then there’s Command/Ctrl 1 to 0 for the modes and the panels round the sides.

Praise goes to the Dorico team for coming up with the scheme.

It most certainly does!!
Perhaps it would be helpful for others just starting out if @Lillie_Harris and the team could consider prominently front-loading this idea that key commands are somehow logically grouped around these action keys and extremely easy to master once you see that logic - it’s not a bunch of random shortcuts you must memorize as I had thought. Perhaps even describing some of the thinking behind organizing key command into sets like you do can be used as an illustration of what’s possible. Things like these are what makes Dorico such a joy to use.

image1226×545 53.7 KB
Looking at “First Steps” section for key commands, there seems to be precisely zero about such a great concept, with a possible exception of this:

I’ll put it on the list for consideration – one difficulty is the question of translation, because the key commands are not always the same for all languages, so any explanation of the logic of the English key commands quickly becomes irrelevant for other languages.

There is an intro video by Daniel already that does a good job of summarising some of this too: 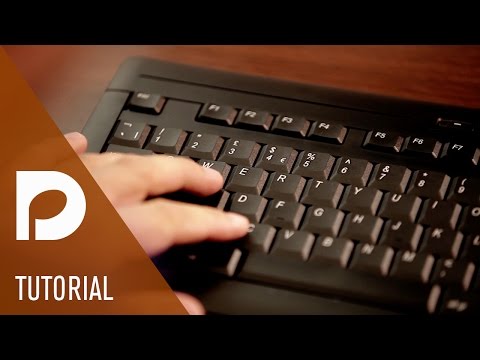