I’m delighted to announce that Steinberg today releases Nuendo 7.1, a cost-free update for Nuendo 7.
The update fixes issues in program areas such as VCA and plug-ins.

Thanks Timo! Installing and trying now!

The other issue appears to persist.

No confirmation of it. No fix. Unless there’s something that needs to be done during the update install that is.

Can’t wait for the first time a user that doesn’t frequent either this place of Gearslutz stumbles onto the VCA trim issue for the first time during a Dolby Atmos mix. I’m sure they’ll be really happy when their mix is destroyed because of it, despite the release notes saying it’s fixed.

I’m getting all these “a serious problem has occurred: Please try to save your project” errors now with this new version when closing projects.

I have an ESPN mix to do today. Anyone have similar experience with this update?

Anyone have similar experience with this update?

I realize you’re not asking who ISN’T having that problem… but just in case… everything is working ok so far over here.

Same here, no issues so far.

It may be a specific project then that this new version doesn’t like.

Finally all VCA links are now displayed correctly. I assume this was a long shot, thanks for the good work

VCA issue is fixed and working on my system.

Thanks for pushing this out, Steinberg.

So you guys don’t have the trim issue with VCA? If you still have it, can you please specify just what “issue” is fixed and gone? We should be clear about this so that people don’t get the wrong impression.

Did your Repro begin with a blank project, as I would assume, or did you do the Repro with a project populated and already in process before your update?

Blank. Besides, bug fix B-17588 would make little sense if other issues remained broken. I will post a video shortly showing just how this isn’t working - assuming my way of thinking about this is correct. 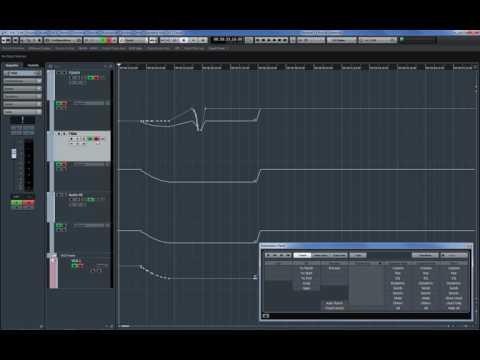 You should be able to see and understand what the issues are by just looking at the screen and follow the mouse clicks which are indicated. But either way, here are the items that seem to be just plain wrong to me:


— That breaks trim automation because those faders then appear to be writing a trim value based on the “automation read” value, which in turn is given by the VCA. This is in direct contrast to Pro Tools where the individual tracks are quasi-independent. We are able to change those tracks in PT independently of the VCA, including applying trim automation. The VCAs merely modify whatever the automation is on the tracks.


— It’s curious that the “TOUCH” track and the “TRIM” track behave entirely differently after automation has been combined. The first track no longer plays back automation after it has been written on it, whereas the second does.


— After “combine automation” has been undone, the first track (“TOUCH”) now plays back automation and appears to be behaving like the second. BUT, as you can see the “release” values are now entirely different. Despite all three tracks starting at 0dB, the first track now correctly ends at 0dB which is where no automation was ever written, whereas the second ends on roughly -8.5dB.


— Lastly, the third track, which had absolutely no automation written directly to it, and behaved as expected, is now at maximum gain at the beginning and end after having undone “combine automation”.


Let me know if the above behavior is all as planned. It would seem to me that if the “Version History” document specifically states that “Automation Trim mode can now be used on VCA Slaves” (B-12537) then it should be able to be used… in a predictable and logical manner.

So, am I misunderstanding what to expect here or what? I don’t have a problem being corrected here if you think that the above behavior is logical, intended, intuitive and more importantly industry standard.

Well if this doesn’t help Steinberg to reproduce it, I don’t know what would. Especially clear is the “after undo” part where automation and values were restored in the wrong way. This cannot be intended. And in case of that sudden and unexpected 12dB boost in the 3rd track potentially damaging to gear and ears, too.

Mattias, the small bug I came across has been fixed, but I must say that I am now too nervous to use the VCA system until the issues you describe have been clarified or resolved by Steinberg.

What a sorry saga.

It gets worse though:

I was saying earlier in the thread I started here that placing an automation point in the automation lane would solve the problem - however - during my last job on Nuendo I used a template in which I had created automation points by default to deal with this. I did something during the mix, and all of a sudden I saw a similar behavior but different. I couldn’t for the life of me figure out what I did wrong, because the automation points were clearly there.

Well, I just tried to break it again using automation points and I think I succeeded. This time I’m using a signal generator to illustrate part of the problem further. When watching playback keep an eye on both the fader and the meter showing the output of the track. 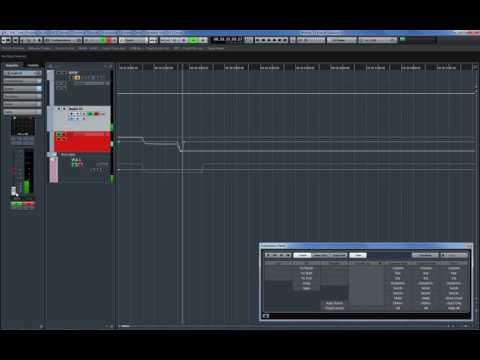 As you can see there are three different scenarios here;

I had a talk with the some of the product planners about this, and you are not going to like it; In other words > they just mentioned it works the way it supposed to work and what you do is not the way you should do it… > So I am going to be brutally honest with you,> it is not going to be “fixed” because there is nothing there to be fixed.

I will try to get a more elaborate reply and translate it to english, but that’s it > either you re-adapt your workflow or maybe look for something else > as this relationship doesn’t seem to be going the way you think it should be going.

The “Version History” document states clearly that trim on slave tracks now works. So, how is it supposed to work?

Thanks Mattias!
Now I understand the nature of unassorted anomalies with my automation. Had to fix it several times after projects were finished (as I thought). I also came to a trick with ‘starting points’ on automation lanes. Had no time to investigate it and report. Sad but true - now it’s clear that VCA based mixing is still something very unreliable. Personally, I would like to get reliable automation instead of Atmos futures (which are also cool, but I still know nothing about any Nuendo based Atmos studio)
But in general - I like Nuendo 7 more and more. A lot of great futures here and I believe Steinberg is able to find time to get it done!

This looks quite bad.