For not much money I find the Tozo T12 wireless ear buds with recharging case to be excellent for inputting music into the computer and good for listening in general. Probably not the best for high-end audio mixing but I don’t do that so they work great for me. I find they’re comfortable and they stay in my ears easily even when I need to stand up from my computer and go into the kitchen for another cup of coffee. They also allow me to hear sounds around me so that if the doorbell or telephone rings or my wife needs to ask a question I don’t need to take them out.
HOWEVER on a Windows computer using any thing other than the computer’s built-in speaker and the Steinberg generic low-latency ASIO driver gets complicated. I use FlexAsio along with an add-on GUI so that I can select any audio device that’s currently connected to my computer. Ulf was very helpful in getting me up and running with all this stuff! And be sure that the output Hz matches your listening gear – the Steinberg asio driver is fixed at 48Khz for some reason, thus the need for other drivers to switch to 44.1Khz output for my bluetooth wireless speaker/headphones/earbuds.

I have a Drop version too, sound is awesome for the price, but it’s definitely clamping more than the original one. That is the main difference I feel between the two. And comfort is important when you have to wear those for hours.

The Bose NTH-100’s from the look of them look pretty comfortable and in Australia they are around $200. The AKG K701-2’s also look pretty comfortable. Leakage is not a big issue as I have a small music room just down the hall from the baby but during day naps and night I’ve always got the DT 770 Pro’s on. TBH I only chose the 250 Ohm ones because they seemed to have better reviews than the 80’s or 85’s? I can’t even remember to tell you the truth about impedance and matching. Not a clue really! Those Focal Celestees are a bit high end and unless I had cash to splash, they’re probably not an option. It’s great to see what all you guys are using. I think the Film Composer Anne-Kathrin Dern did a video on the BD 880’s and used them a lot when she was mixing but again, I’m more looking not to push around $300. After reading these responses I think ear buds might not be the way to go. i do like to feel a ‘space’ on deeper thought. I don’t mind having my ears covered and i do wear glasses as well but it’s more about the foam and the slightly bulky feel of the DT-770’s. Not really any complaints about the sound. I have some old Fostex PM.05 Studio Monitors and the sound is pretty similar in both the phones and the speakers. Has anyone tried those RODE NTH-100’s?. My brother had some Sennheiser HD650’s i think but they also felt a little bit tight. I would like to try some earbuds at some point but I’ve got a lot of stuff that either needs to be sent back or re-ordered these days so trying to avoid buying the wrong thing. Happens sometimes when I don’t do enough research! It’s been great getting everyone’s help and glad it didn’t seem too off-topic. Cheers Simon.

Assuming you want closed headphones, in the sub-$500 range the now discontinued Focal Elegias are great and super comfortable. Originally $899, Amazon has them for $449 now on clearance

I just got the Beyerdynamic dt-990pro X’s two weeks ago… I wish I would have seen this post first. (don’t get me wrong, the beyers are great, but I certainly would have considered this very seriously.)

I just got the Beyerdynamic dt-990pro X’s

I have been using Sennheiser HD 600 for years and can only recommend them.

I am on my second pair of Sennheiser HD600 headphones: after nearly 40 years use – and abuse! – the original ones fell apart. I have found nothing better in terms of sound for my professional audio work and can wear them for hours without discomfort.
David 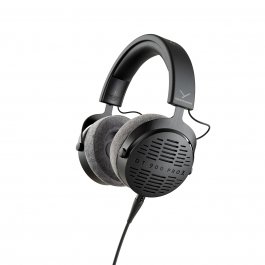 I suggest (in different price ranges and styles):

You could probably mix on any of these, if you’re careful, but they’re all pretty comfortable which is the point. For mixing, I use Genelec speakers or occasionally Audeze LCD Mx4 headphones.

I’m gonna be wearing these most of the day today and tomorrow. I’m out of town for a recording session and that’s what this studio uses for the musicians so they have dozens of them. I usually only wear them on one ear anyway when recording and was more concerned about getting what I need to hear in my mix, so I wasn’t really paying attention to the sound quality last night at rehearsal / mic check.