Using PhotoScore you can save as a MusicXML file and then import that into Dorico. I haven’t tried it yet, so I can’t answer as to the accuracy of the transfer, but at least it’s a starting point.

Isn’t it possible to save MusicXML in Neuratron PhotoScore?

It also gets a number of folks pretty upset about potential copyright violation. Look at Finale’s recent decision not to include OCR: 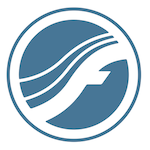 MakeMusic pulls PDF importing and scanning from Finale in response to concerns...

After a week where a PDF importing feature unexpectedly ignited a firestorm on social media, MakeMusic decided to pull the feature — and all scanning capabilities — from future versions of Finale.

You can save as Music xml in Neuratron, and import in Dorico . It works fine, but the true problem is after…

Which problem you mean after import an .xml File from Neuratron PhotoScore 8 ?
The recognition works fine. Ok - perhaps 3-5 mistakes per page. Mostly less. If there are more mistakes, there is an other problem. Older PhotoScore Versions where not so good. Last Upgrade to PhotoScore Version 8 gave much improvement. Test it if you did’nt do.

I hope the .xml File Export is realy compatible between PhotoScore and Dorico.

To be clear: there is no optical music recognition functionality in Dorico.

Too bad that would be a useful function.

When did you tried out at last optical music recognition?
Often I have zero mistake on a side!
What do you want more?