OT: Doricans in the Fediverse

With the future usability of Twitter seeming a bit … uncertain, I have been exploring other social media options. A lot of journalists I follow are on Mastodon already so I decided to give it a try. As far as music notation goes, the designer of a Dorico competitor (and creator of infamous YouTube vids) is already on there actively discussing their upcoming v4 release.

Are there any other Dorico users on Mastodon? The dorico, musicnotation, and musicengraving hashtag results are all a bit sparse. Just wondering if anyone else was using it, and if there was any sort of Dorico community developing there as I’m still sort of finding my way around.

Cool! Just did! I’m @toddbashore (on the mastodon.social server).

It’s completely off-topic but pace @MarcLarcher, I’d expect the adjective meaning relating to Dorico to be Doriconian rather than Dorican.

It’s completely off-topic but pace @MarcLarcher, I’d expect the adjective meaning relating to Dorico to be Doriconian rather than Dorican.

… or simply “in modo dorico” 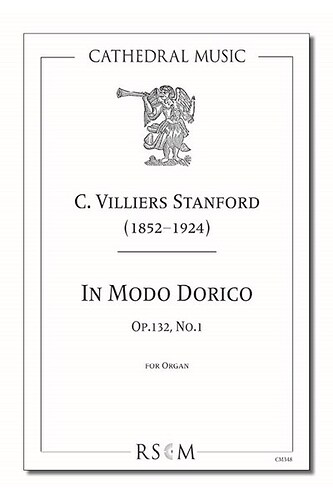 How do the ‘servers’ work – if I sign up with a Bay Area server, does that mean no one in Europe is going to see my … mastoes? Or is it just where I’m ‘based’, but it goes to all of them?

They’re called “toots”. Content is federated around the whole network, so your toots can be seen everywhere, but your handle is tied to a specific instance within the federated network (I believe it can be moved if you wish).

I don’t think I ever used Dorican. My word was Dorician, which has the benefit of being shorter than Doriconian, but hey, honestly, I’ll use whatever the Dorico team prefers

“A rose by any other name would smell as sweet.”

Haha! @dspreadbury, if there’s an “official” term you prefer for Dorico users, feel free to change the subject line.

I think as far as the Dorico Development Team is concerned, “satisfied customer” is the priority.

I’m proud to be a dorc

Just signed up (at least I think I have - replied to Daniels post about keys in pop music). It’s rather confusing

I have a feeling, as Mark Twain said, that reports of Twitter’s death have been greatly exaggerated.

I’m not on Twitter or FB (too old, too grumpy, too grouchy) but seem to have succeeded on this Maston thingy (sounds like something from outer space, “The Invasion Of The Mastons”) so I now have a “handle”(?) of @Lloydf@mas.to Waiting with baited breath for zillions of followers…

Daniel posted a screenshot of the forthcoming update - looks great!

It’s a whole zoo of aliens - Doricians, Mastons…just need the Borg now to be completely assimilated