The image on the left accurately shows what happens when you have it selected, but I think that behaviour’s wrong: If you start an ottava bassa line somewhere, it’s shown as 8ba. If the line continues onto another system, it shows there as 8va (with a “v”, not a “b”).

The image on the right is, I think, just entirely the wrong image. If you select that option it just shows “(8)”.

It may be that I’ve not investigated the remaining options on this dialog sufficiently, but I’m pretty sure there’s currently no way to have “8ba” showing both at the start of the ottava bassa line and at the start of the continuation on following systems.

Update to this: a new bug seems to be present — in Dorico 2.1, the behavior has changed since Pianoleo’s post last year. Now,

The graphics and captions in the Engraving Options box have not been updated and still show erroneous 8va markings.

It’s weirder than you think, Realms of Gold. 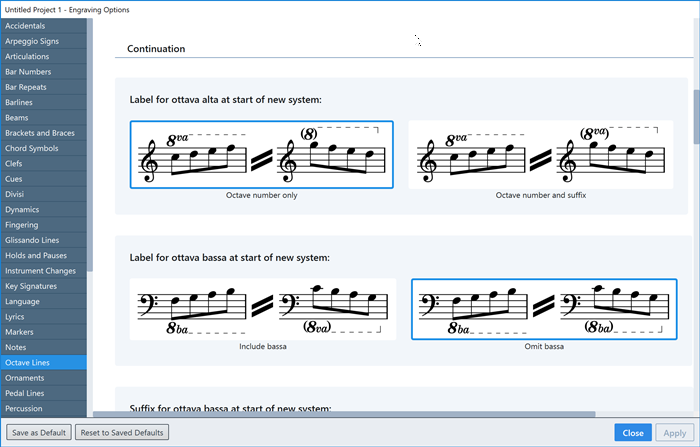 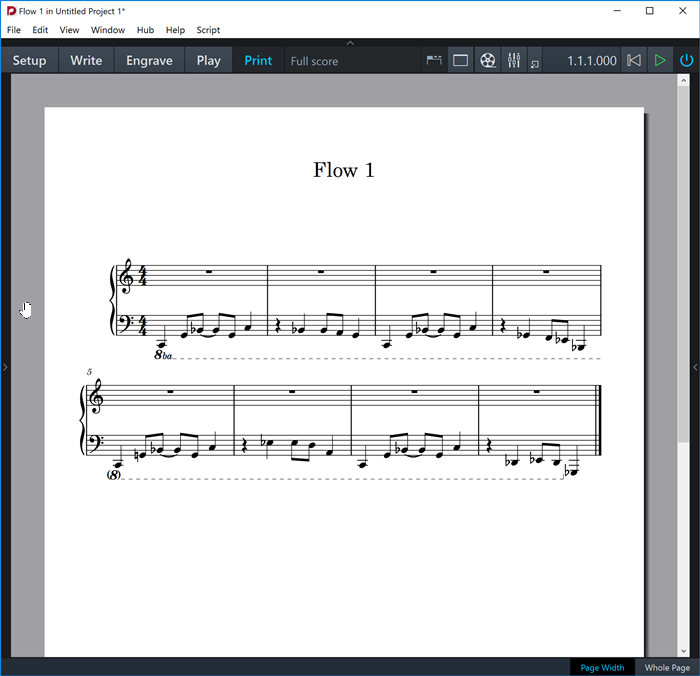 I changed this option, the option for ottava alta! 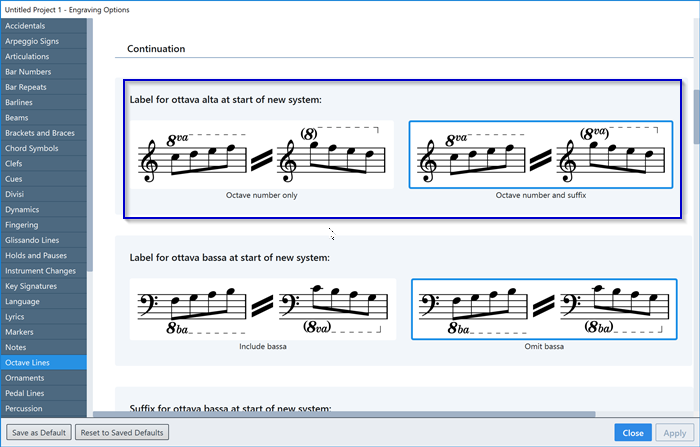 to get this result: 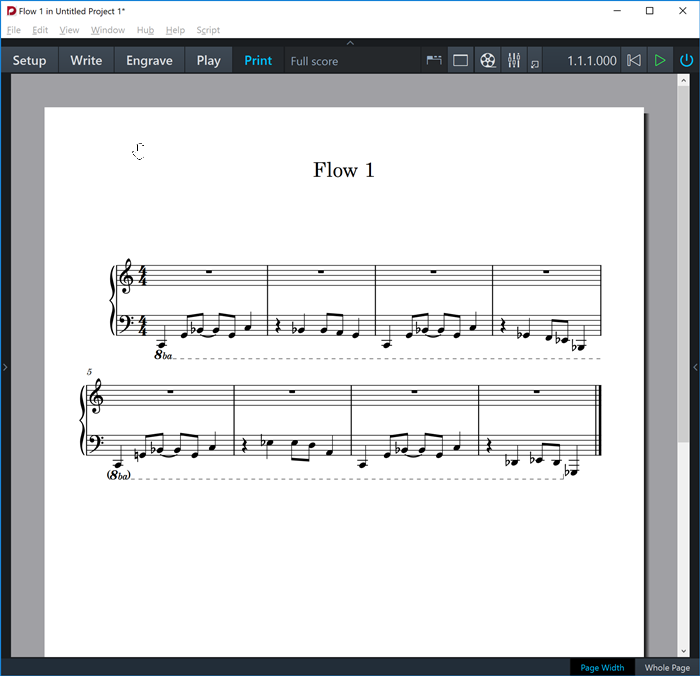 WTAF?, as the young(er) people say…

Whoa, good find. It didn’t even occur to me to check the 8va settings. Steinberg team, please take note of this one!

It looks logical if you do not read that this setting omits bassa… I mean, it does what the picture shows

It looks logical if you do not read that this setting omits bassa… I mean, it does what the picture shows

In case my tastefully-annotated screenshot has caused any confusion whatsoever, this is the setting you need to change to adjust the continuation of Ottava BASSA. 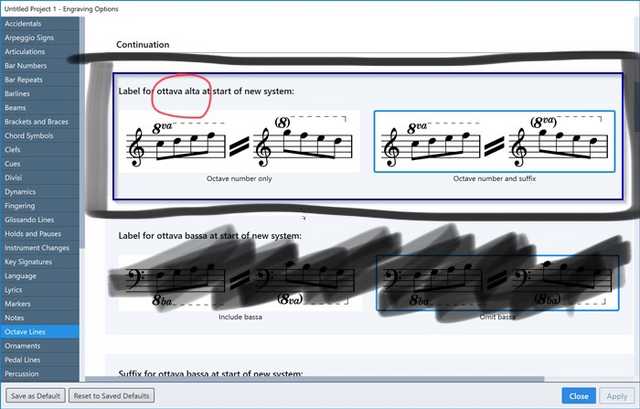 Can anyone (preferably Derrek or Marc) explain what’s logical about this? It seems I’m missing something.

Dear Leo,
I’m not sure I find it logical nor easy to setup. This diamond still has a few glitches. But it’s kind of you to help the team with them!

I will admit to misreading one of the words in the original illustration. So you are correct that it needs to be corrected, as I expect it will be.

I honestly thought I was going mad when you both told me it was logical. I’m glad I’m not…

We will clarify these options in a future update.