Hi, how do you get pizzicato to work on the new Dorico for iPad?’
Thank you 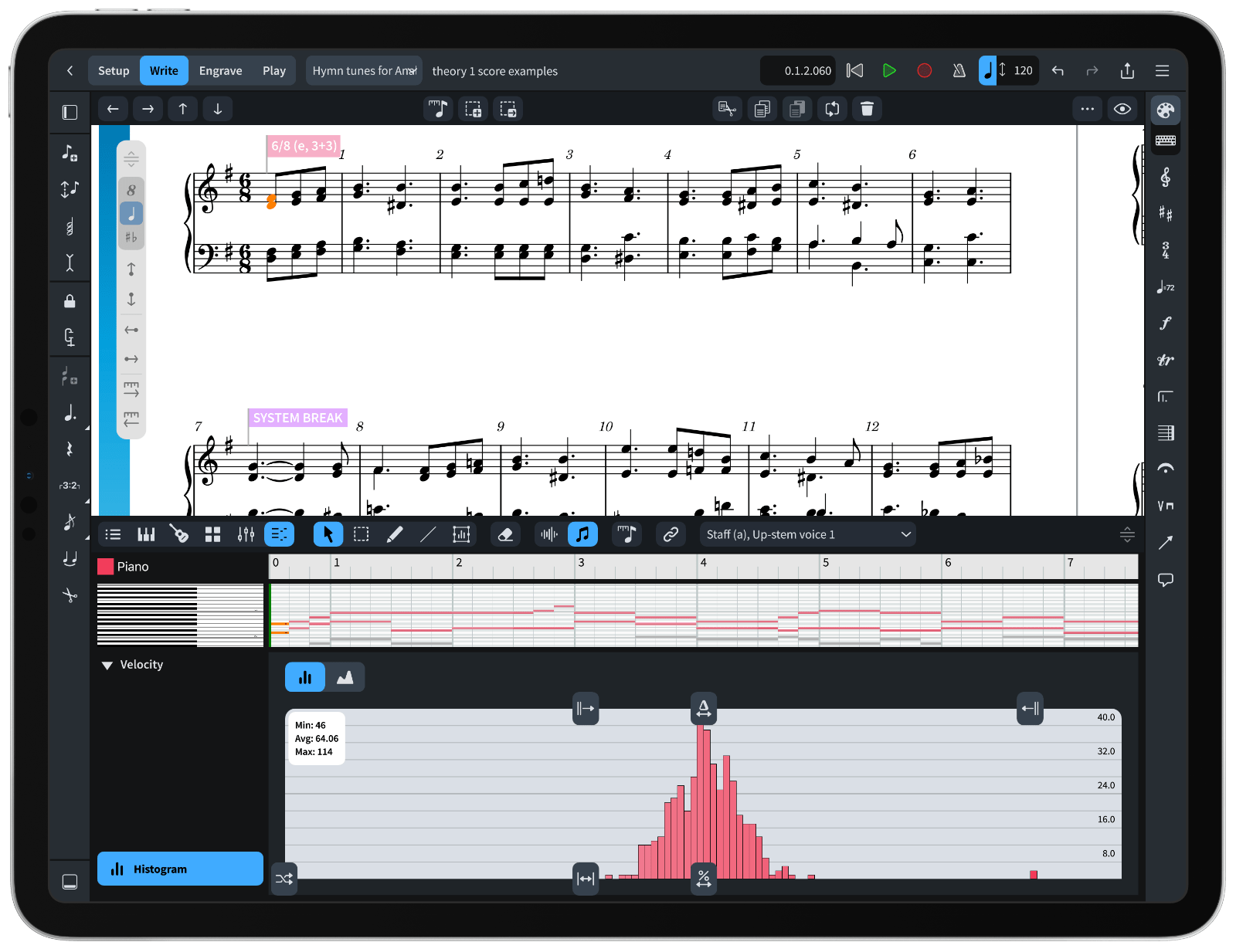 Dorico for iPad becomes the first major desktop scoring application to be made available on a mobile platform.

I haven’t downloaded any AUv3 instrument plugins, and Dorico for iPad doesn’t seem to have - at the moment - a pizzicato string sound.

On “Big” Dorico Pro 3.5 for desktop you have to use the HSE+HSO (Pro) playback template to hear pizzicato playback.
https://steinberg.help/dorico_pro/v3.5/en/dorico/topics/play_mode/play_mode_playback_templates_c.html?hl=playback%2Ctemplates

I’m sure Dorico for iPad will just keep getting better, especially in terms of playback, but at the moment it looks like we just need to be patient.

Does Cubasis handle this differently? IIRC iPad Dorico is sharing the engine and sound set. (I realize Cubasis may be using a different expression map not compatible with Dorico.)

Thanks for reading, Harry!

I didn’t test any AUv3 instruments because there aren’t very many available that are any good, at least not for “classical” instruments. (There are some really cool synthesizers, though.) I would expect the built-in sounds and support for external sounds is something that will improve with further updates.

There’s no automatic support for switching to pizzicato at the present time. It’s non-trivial because the playback sounds with the iPad version are very basic, and the Microsonic engine cannot handle instruments with multiple techniques via things like keyswitching, etc. So the way it would have to work would be that Dorico would need to maintain at least two instances of Microsonic for each string instrument, one for the bowed sound and another for the plucked sound, but somehow keep all of the Mixer settings (such as pan, volume, insert effects etc.) in sync, and then dynamically switch between them.

That would be a lot of effort for some not particularly satisfactory pizzicato sounds, so we may well choose to defer this until we have a more capable built-in playback engine, which we hope will be built upon the core HALion technology that is also used by Dorico on the desktop. However, we don’t have a timescale for when such an advanced HALion-based sampler might be available.