I’m struggling to condense the Strings in the attached file.

It this posssible?
Invitation.dorico.zip (625 KB)

Progress! I’ve got the instruments condensing. The problem was that the Strings were Sections, I redid it as solo instruments and re-assigned them as sections in Play Mode. It all condenses and plays back nicely now.

The labelling and braces doesn’t appear to be possible unless I hide stuff and use Shift-X. For what it’s worth, this is what I’m trying to reproduce. 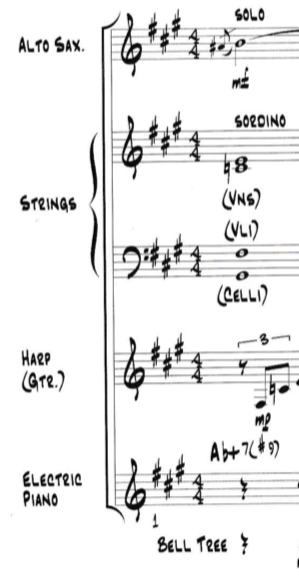 You discovered that only solo players can condense. You should know that section players can divide! They will actually condense too in future version. What you could have done is divide Violin section into Violin 1 and Violin 2. I suppose this advice comes a little late…

Thanks Marc, appreciated as always. I hadn’t got round to considering dividing section players - I was trying to work out why I couldn’t make custom groups from the String Instruments. Then it occurred to me that maybe Dorico hadn’t yet got round to Condensing Section Players and a quick peek at Scoring Notes confirmed it.

As for point 3: that’s not really possible with condensing I’m afraid. You’ll have to rename a 2-staff instrument and manually reduce the string parts into it, then exclude those from the full score.

Hope nobody feels offended if I nitpick: the plural of viola is viole, so I’d rather use VLE for the abbreviation.

Hope nobody feels offended if I nitpick: the plural of viola is viole, so I’d rather use VLE for the abbreviation.

I’m sure you’re right. The excerpt is is from a book by Sammy Nestico, one of the greatest arrangers of them all. Intriguingly, he uses VA and VIOLAS elsewhere. I can’t spot a VLE but it might be in there somewhere …

Thanks to hrnbouma for the suggestion, but I think I’ll stick with it as it is and maybe in time Dorico will come up with other naming possibilities. One thing I did notice (and like) - and it’s done throughout the book - is the left aligning of Staff Labels.