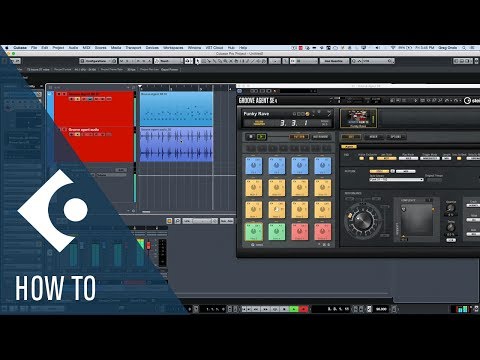 I’ve watched the above video from Greg Ondo multiple times over. I’m completely lost at what I’m either doing wrong, or if it’s just a bug, or if this is only available in Cubase Pro. I follow the video step by step, but when I get to set the audio input of the track to capture the audio - setting it as the bus - there’s no freaking bus there. Yet the group channel I created earlier shows up in the project window!!! What the hell am I missing?? I hope someone can help. For tonight, I say screw it. Wouldn’t be so bad if I knew how to properly edit midi. SMDH.

I’m completely lost at what I’m either doing wrong, or if it’s just a bug, or if this is only available in Cubase Pro.

I can’t seem to find it in the current online documentation but, historically, “recording from busses” has been a feature of Cubase Pro only.

Well crap. Are there… any workarounds?

Perhaps it would be easier to help you if you try to explain what it is you want to accomplish.
But first, what version of Cubase do you have? (You implied it is not Cubase Pro.)

Typically, if you want to turn the output of a VST instrument into audio, you use Render. So there must be a special case where this approach does not suffice.
Getting MIDI from a VST instrument would also be a bit of an odd case as normally you feed the instrument MIDI, not the other way around. There are some instruments that generate their own MIDI, such as Groove Agent in Greg’s video, but it depends on the plugin how you can extract it. Some plugins expose a MIDI output that you can connect to a new MIDI track or MIDI port on your interface e.g… Some allow you to simply drag-and-drop MIDI out from the plugin interface. (I believe Groove Agent allows you to do both.)

I use Cubase Elements. I would like to record the audio output at the same time from my vsts. Currently my vsts are Arturia’s Piano V3 and the Arturia B-3 V2. The reason I’d like to do this, mainly, is because editing audio is for me, easier than midi. For instance… when I want to remove audio, I just cut. Tried that with midi, and… that didn’t work out well. I forget what actually happened, but it wasn’t what I expected.

While I’m thinking about it, how do I fix audio editing error ‘please zoom to value less than 1’? Also, where are the scissors in Cubase 12? Years ago I used Cubase SX3 and I could cut, copy, etc., but again… that was most likely easier because I knew where the cut button was. Is that… even still around… in Cubase 12? Thanks so much for the help!

As “render in place” doesn’t seem available in Elements, the quickest way to create audio from MIDI would be to freeze the instrument and then import the frozen audio file into Cubase (don’t forget to enable “copy file to project folder” in the import dialog). The frozen audio files are in the “Freeze” folder of the project. After that, you can unfreeze the instrument again.

The “scissor” tool hasn’t changed in C12 at all, it is still there, either from the tool bar, mouse right click “Tools” or key command (default: 3).
And the message “please zoom to a value less than 1” means exactly that, for editing audio with the pencil tool you need to zoom in until you see only a line in the audio editor (the zoom level can be seen in the info bar of the audio editor).

I can’t seem to find it in the current online documentation but, historically, “recording from busses” has been a feature of Cubase Pro only.

Indeed Direct Routing is only available in Cubase Pro, so you won’t be able to achieve this, still the solution is the following :

In Audio Connections, create a new stereo Output and call it “Record” or whatever you want.
Remove any physical outputs associated to it in the case they have been assigned automatically.

Open the Channel Settings of the Instrument Track and set the output to the “Record” bus you just created.
Click the Window Layout button in the top right corner (sort of square and cogwheel combined) and enable Direct Routing.
Now in the Direct Routing panel that just appeared, click the “Record” bus. It should become green, which indicates the audio is actively routed to this channel.

Create an Audio Track and select the “Record” bus as the Input.

You can do the same with a Group Track instead of creating a dummy output, just that it will take more space in the track list.

The reason I’d like to do this, mainly, is because editing audio is for me, easier than midi.

If this is your main concern, I would suggest to just record your MIDI on an instrument track. Don’t worry about the real time audio track creation. Unless you have a specific need for it, it isn’t necessary in your situation. Play and record your instrument track. After that, you can solo the track and export the audio mixdown (with the option to import the file back into your project and create a new audio track). You can then, if desired, disable the instrument track to conserve resources and carry on with your newly created audio.

Oh, ok!! Thanks so much for the help!