Render in Place - one track

Just now trying to learn Render in Place. I see many vids where a single track can be rendered in place from MIDI and I’d like that capability. I’m getting something different from what I see in these vids.

I have a HUGE bug with CB 12…it does not render how it normally would render, like in CB 11.

Normally, it works exacty as you said. You select a part (audio, midi) hit the shortcut, and it would render just that part.

Now, when i do this, it renders the whole project…like a full audio export of all tracks, at location of that part.

That’s not the case for me on Cubase 12. Everything’s working great. I’m running it on a Windows PC.

But I am seeing the same thing in Cubase 11 as well as Cubase 12. All three directories, Plucked Strings, Winds, and Percussion get rendered when I only select Harp within the Plucked Strings directory. I have seen several vids where I’m sure they’re using Cubase 11 (late last year) and they’re only getting the selected track rendered.

Render in Place yields this:

Same results in Cubase 11 and Cubase 12. Surely I must be doing something wrong!

It has something to do with the way your routing is set up. What about if you try to render the track through audio export. You’ll have to set your markers to where you want first but then you’re able to choose one track and render it into audio saved in the project file. I don’t know if that would work for you but I believe you’re running into a problem because you have all the MIDI channels running off the same instrument. 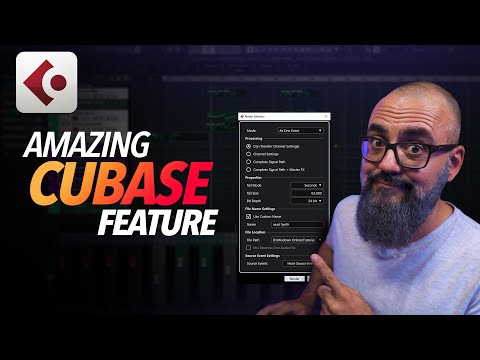 It must be as suggested: Render in Place does not work as expected when multiple MIDI channels are connected to the same instrument. It DOES work as expected if all “instruments” are setup as Instruments --just the one selected gets rendered. At least the issue is defined. So Render in Place is totally useless in my setup as I’m not about to change my 800 track template to use all Instrument tracks. Greatly appreciate the diagnosis!