When rendering I get this message : 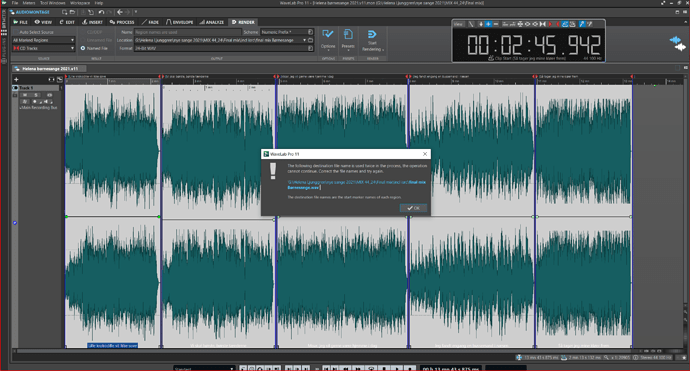 But there’s no file with the name “final mix Børnesange.wav”
What am I doing wrong ?

It’s hard to say but a screen shot of your entire Markers Tab could provide a clue.

It also makes me nervous when I see people using the old method of leaving space between the end marker and next start marker instead of CD Track Splice Markers.

I doubt it’s related to your actual problem here but I would be sure that one of these two options is enabled so that the space between the markers is being included in the renders so that when the newly rendered WAV files are played (or streamed) back to back, they have the correct song spacing. 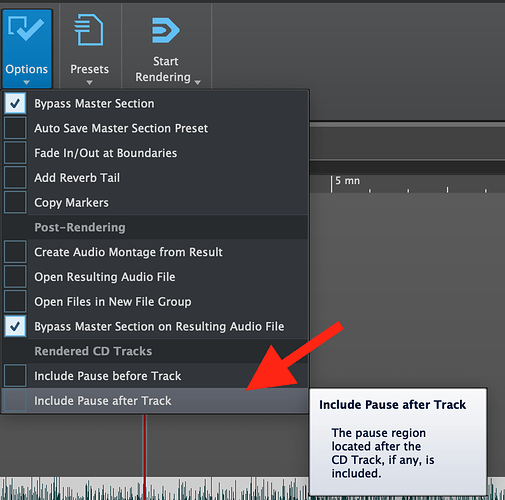 I also see that the Numeric Prefix Naming Scheme is edited so there could be something in the naming scheme that is causing a potential duplicate file name if the render were to occur and that is why the error message is triggered.

Yes - I don’t uderstand why the pauses were inserted. I had them unticked in the wizard. 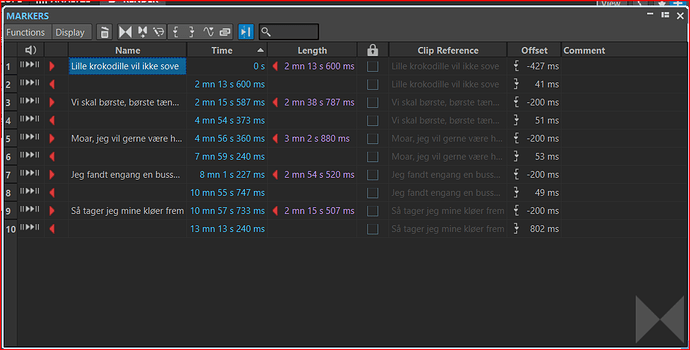 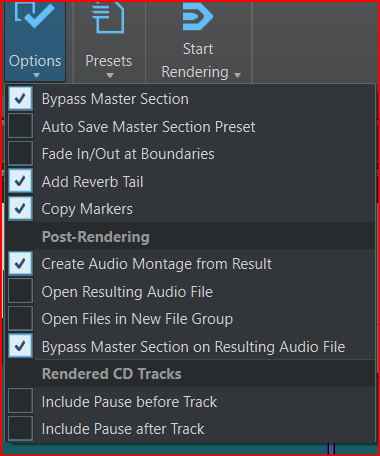 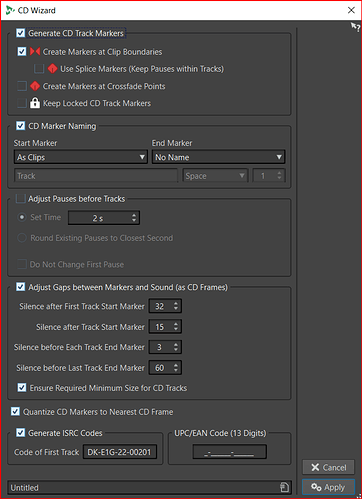 FWIW, after arranging the clips to be where I want, I use these CD Wizard settings because:

A) I want WaveLab to create CD Track Splice Markers (see arrow) aside from the very first and very last marker in the montage because those need to be Start and End markers.

B) I don’t want WaveLab to do any naming for me, I either do it manually or already have my clips perfectly names so the markers get perfectly named.

C) I don’t want WaveLab to move the clips at all after I’ve placed them where I want.

D) I use other methods to make sure there is the right space between the start marker and the first sound/note.

E) ISRC is of course as/if needed per project. 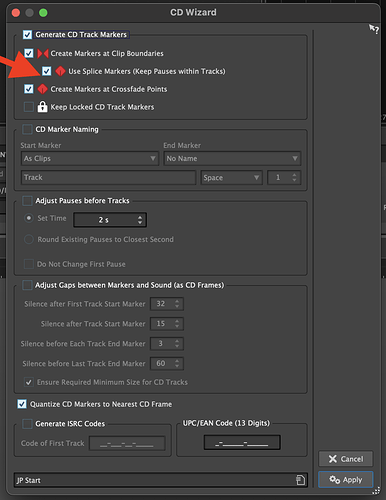 And my Naming Scheme looks like this which could be slightly different than the factory default but it’s slightly strange to me that yours shows nothing in there and is edited. I would try the factory Numeric Prefix setting and for good measure, I’d make sure there are no existing files in that folder in case the error message you got is not 100% accurate as to what the problem is.

Yes, the Factory Preset for Numeric Prefix is slightly different than mine. Mine grabs the CD-Text Track Title because that is normally a safe name with no special characters due to the ASCII limitations of CD-Text.

This means I can keep any special characters in the marker names if needed which gets pushed to metadata, but the safer CD-Text track name is used for the file name which is also good to keep simple and safe.

Slightly off topic but I wonder if your edited Naming Scheme is causing this warning.

I wonder if your edited Naming Scheme is causing this warning.

Yes -that was why it didn’t work. Don’t know why

There’s not enough detail to say exactly what happened but something in the way the Numeric Prefix Naming Scheme was edited seems like it was going to cause duplicate file names when rendered.