I use Dorico 4 Pro for both composition and engraving. When composing, I’m running it with Rosetta for playback, and when I’m engraving a larger project, I switch to native Apple Silicon for the performance bump.

I’ve been switching this with the checkbox in “Get Info”, but this is becoming pretty annoying. I’ve been searching for an easier way to toggle this setting. I’m not great with MacOS Shortcuts or Alfred Workflows, so it’s very possible I’m missing something, but I haven’t found a good way to automate this.

Question 1: Is there some easy solution I’m missing?

Question 2: If I were to create a copy of the Dorico 4.app bundle in the Applications folder and rename it something like “Dorico 4 Rosetta.app”, set that one to launch with Rosetta and the original to launch natively, would that cause any issues under the hood if they’re both referencing the same .plist or other config files in the Library?

I don’t think there’s an easier way to do this, really. I’ve seen a command line tool that would allow you to flip the Open using Rosetta value via Terminal: 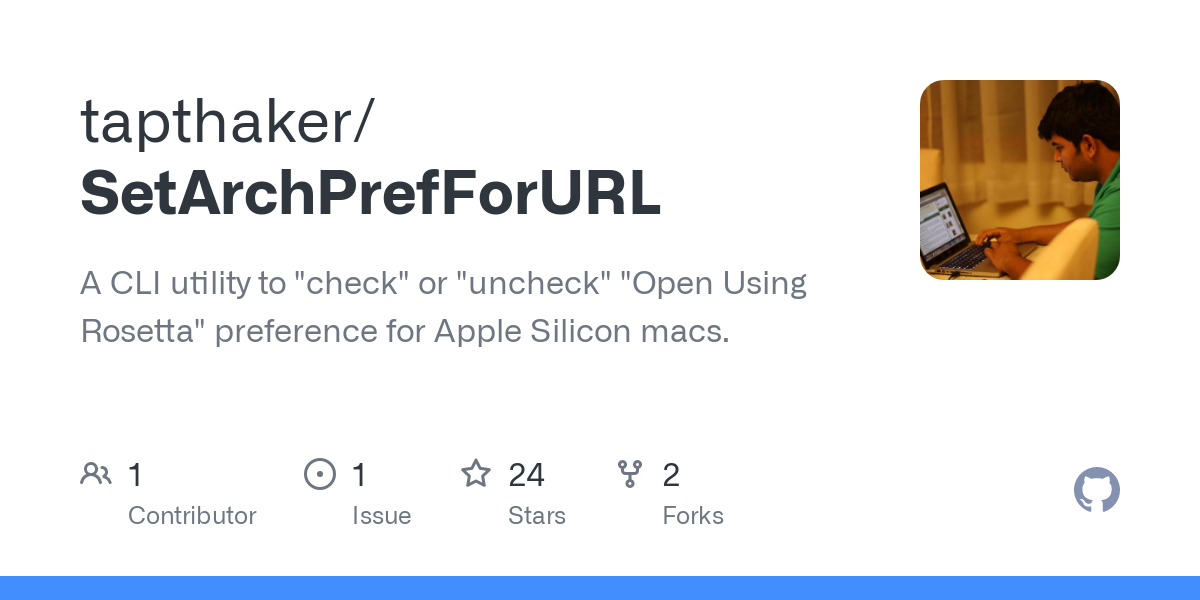 GitHub - tapthaker/SetArchPrefForURL: A CLI utility to "check" or "uncheck"...

You could bind this to aliases in your .zshrc file like roson and rosoff. This is a bit quicker than bringing up the Get Info window and checking or unchecking the checkbox, but not massively.

I don’t think you would have any problems having two copies of the app, provided you run only one of them at a time. It’s worth a try if this really is a big inconvenience for you.

Thank you Daniel! This is exactly what I needed. I’ve used this tool to create a shortcut and an Alfred workflow to choose which architecture Dorico uses when I launch it.

Normally there’s no issue just running with Rosetta all the time, but I happen to be engraving an opera now, and the file is large enough that I notice a significant performance dip running in Rosetta compared to AS. Between composing, teaching, and engraving, the frequency that I’ve launched Dorico, realized NotePerformer didn’t load, quit Dorico, clicked that checkbox, and relaunched Dorico has become a bit too high for comfort. This should solve that problem.

Here’s hoping that NotePerformer 4 with native AS support will be ready sometime in the not-too-distant future!