Saving to folder with "/" in name?

Wavelab is unable to save to that folder and wants to change the filename to 12:6:22. I can’t do that because this folder is used for other projects. Is there a workround? I usually try and remember to name folders with underscore instead of slash, but forgot this time. Thanks

The character / is illegal on both Mac and Windows for file/folder names, as this one is the symbol for separators. Hence I can’t believe you have a folder with that name (or this is with a unicode approaching character=

The character \ is legal on Mac, but by default, it is converted to some other characters, or else your file is unreadable on Windows, which is never a good idea.

The character works fine on mac. FYI, also both Cubase and Dorico save just fine in to the folders. Wavelab does not. 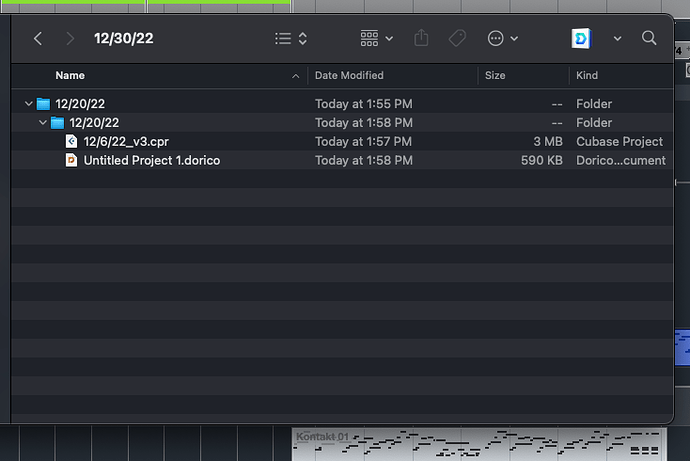 As I said, I use “_” instead of “/” because the problem is my NAS doesn’t like the character and so I have issues with backups. So, indeed I shouldn’t use the “/” character but I accidentally did in this and it’s a month old project with many subfolders and so I didn’t want to deal with renaming the Cubase project in that moment.

Yes indeed, current OSX can deal with /.
This must be recent.
But I highly recommend not doing this.
WaveLab does not support this and won’t. Sorry.

But you could replace / with this unicode character and it will work.

Symbol: ⁄, Name of the character: fraction slash, Unicode number for the sign: U+2044, the icon is included in the block: General Punctuation.

Macs have dealt with it for the last several years. I only noticed the issue years ago when I got the NAS and it would rename the folders. This was the original reason I switched to “_”.

In any case, yes I understand the recommendation. Was just wondering if I was missing anything since I’ve never seen an issue saving a file on a Mac before.

Yes, Mac has allowed the / for awhile now but as a longtime WaveLab user, I make sure to avoid it in any of my folder or file names.

I do often get folder of files from producer clients with 32/48 or 24/96 in the folder name (which I quickly remove) so it is possible, I just think it’s bad practice because you never know if a system downstream will have an issue with special or illegal characters in any of the folder or file names.