This will be a very neat feature to have. I have been using Cubase for years and was clueless to this concept until I used Logic and Pro Tools and added a delay to a panned vocal. The results led me to investigate in Cubase and it turns out this is not so straight forward to achieve; especially if the track is panned via automation. You would first have to route that track to a group channel, then add the sends to that group channel to achieve this behavior. This is more of a work around. I should be able to achieve this from the Main track itself.

Yes please!!! We need that feature!!

Don’t we already have this feature?

Automate the channel panner and the send panner follows.

It doesn’t work though when you automate the pan setting, or create multiple sends… 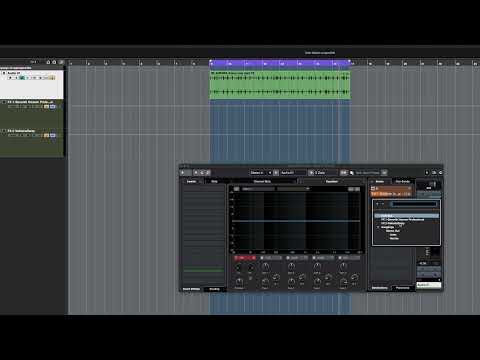 But: If I record automation, that is activate W, play, grab the channel panner and move it, then send pans follow. No doubt it would be better if it worked all the time without the dance.

I wonder what @Martin.Jirsak has to say about this.

Yes. If you actually “write” as in “record” automation it works… just drawing in doesn’t work… and creating new ones obviously fails to transfer the pan state…

I posted something about this a while ago and they said this was the way it was designed and it is not a bug… It is very annoying though, because simple mixing tasks such as parallel compression will not work in the correct stereo field by default…

+1 I would expect the same behavior if the preference is ticked.

I suppose the argument is that if you use a control surface and link panners you want to write automation to all of them by turning just one knob. But then the counter-argument is that you can also write a very specific curve by mouse in one automation lane and have it automatically linked to all others instead of copying and pasting it to all lanes. And what if you want to both write (record) automation by knob, AND edit by mouse? What then?