I was hoping that Dorico might handle slurs a bit better on chords of this type. It’s not easy, I know, and they almost always are ugly to start with, no matter the program.

But still, is there any way to get a default placement for a multi-stop slur like in this image where the slur is in the right place? 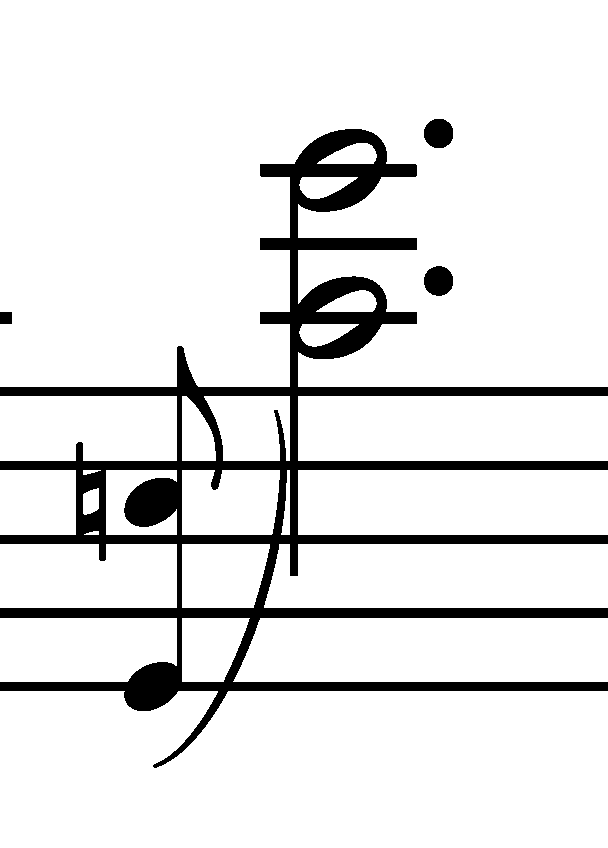 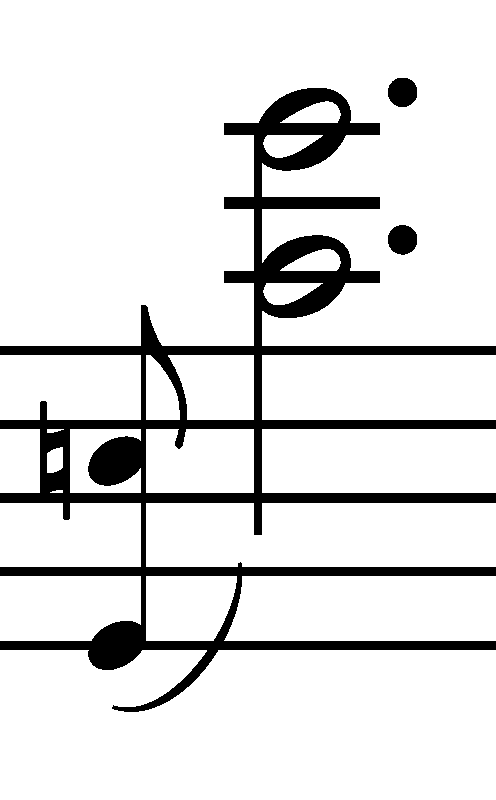 ouf, that’s an awful lot of work-around for dozens of chords like this (it’s in a solo violin work with LOTS of chords)

I was sort of hoping Dorico would have a default setting for slurs for this type of situation.
I guess it’s something for the devs to look into for some future upgrade of Dorico.

As far as I know, in this type of “leaping” situation where noteheads are too distant for appropriate placement of the slur, the end of a stem becomes the correct de facto target for the slur end.

I agree that applying this type of workaround many times would be too time consuming, and I also realized after posting my last reply that the dots on the half notes are below the ledger lines rather than above.

To be honest, I tend to do one, then copy-paste it.

Yeah this can be a little bit of a bummer at times. I had exactly this scenario a few weeks ago. 20 bars of it… full wind band score… zzzz… But copy-paste is fast enough.

Yes, although Dorico does already have a number of special cases for the positioning of slurs on grace notes, the current special cases don’t work well with large intervals between the grace and rhythmic notes, and it’s definitely something we plan to work further on in future.

thank-you, Daniel.
I’m glad it’s an eventual improvement.
If this were corrected it would make Dorico the only engraving software that handles this situation automatically and correctly.