SOLVED: Request for slide-in in the properties panel for GUITAR

All the best,
Benji

I know the team reads everything, but just to illustrate: I’d like to get this consistently: 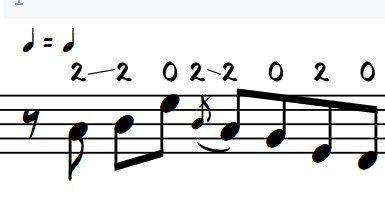 Thanks and sorry for the appearance of bumping…

There is such an option. 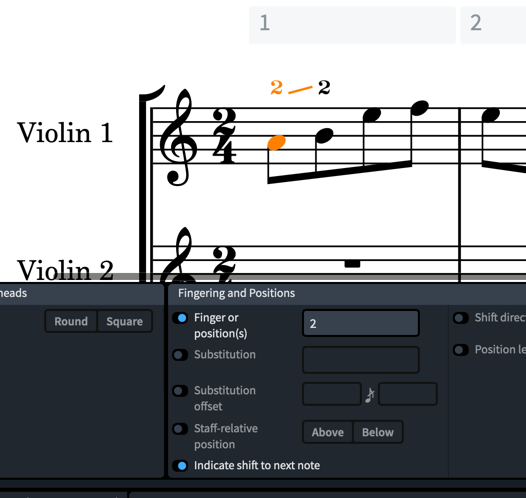 There is such an option.

I don’t see it, attaching a screenshot.

What instrument is that?

What instrument is that?

RIght. Guitars and guitar-like instruments are not considered “string instruments” for these purposes. I note that the OP has just (today) edited the title of this thread so that it reads “for guitar”. That clarification is highly relevant here.

Thanks, Leo for all your help. Yes, apparently this is a factor that only applies to some instruments.

This is pretty common in guitar music, too, so it should still be an option, and should be added in a future release, as the OP is requesting (which is why I was voicing support for his request). There’s also nothing in the documentation that I saw that clarifies that the feature only applies to bowed string instruments, though it’s surely possible I missed it.

In my specific case (not guitar) about 50% of oud players are also violin players and are used to violin conventions with respect to fingerings and positions.
It seems arbitrary to make a feature unavailable like this, particularly when the option is available inside the staff but not above the staff.

Since we still can’t create custom instruments, there is not really a solution here that I can see, except for OP’s original workaround of doing all the fingerings inside the staff and then switching them later.

The oud is somewhat “guitar” like (has strings, is plucked), but it’s fretless, is tuned differently, is primarily melodic and not chordal, and the range is more similar to a cello. I get that there are many niche users of a program like Dorico with specific needs that are not going to be a high priority, so I’m not expecting that a fully-developed instrument definition be provided with the program (though if Daniel wants to get in touch about planning one, I’d be happy to). Being able to define a custom instrument would go a long way.

But I appreciate all your suggestions, I’m taking the current enforced isolation to work on some projects and get deeper into Dorico. It can be a bit frustrating to learn a new program after decades of Finale and you’ve been a big help.

I have a feature request that’s very important to me:

Would it be possible to change that?

I’ve merged this in with the last identical request you made on this subject from February. Hope that’s OK.

I’m sorry… I just ran into this again today, and had forgotten about the earlier thread…

But I usually don’t stupidly repost like this when I get an actual answer… Even a “No chance!” would be fine, actually, because then I could just settle on the workflow I have at the moment…

thanks for getting back to this issue for me, I really, really appreciate!
One-syllable words will be difficult however, since even the word “prolix” itself has two syllables…

My solution would be: Being able to have fingerings outside the staff by default, but with the Slide-In property and slide lines available.

Thanks for your time, have a great weekend,

Thanks so very much!