Hi,
I think I have found some bugs in my vst live pro :

=> the state of record is lost

Second bug :
I’m not sure, it’s maybe already fixed but not published in an update :
Output of my mix table is not selectable in output of tracks. Inputs seems to be ok. I use a Behringer X32 Compact with latest driver and firmware. I’m on Windows 11.

I have 32 outputs with my extention card X-usb. In connection window, I can see the outputs of my card and add outputs but after I don’t see in track outputs.

Also, I don’t really understand for now why I have the name of my track here (see capture) but I’m newcommer on vst live, maybe I don’t have understanding all functions.

Third bug :
For this one, I have opened a ticket because I have a crash dump :
Always in track tab, clic on remove track when there is no track in the song : try to clic on the button to remove a track and there is a crash.

Thanks in advance for the fixs and sorry if my english is not perfect, I’m french

,
A developer and drummer excited about this new software.

the state of record is lost

It is deliberately deactivated by default, but we can change that.

Also, I don’t really understand for now why I have the name of my track here

That is probably the name of the Song. It creates a mixer Group channel where all tracks are mixed unless you change it here.

I have 32 outputs with my extention card X-usb. In connection window, I can see the outputs of my card and add outputs but after I don’t see in track outputs.

We had another issue with x32 and will test this very soon and report back to you.
You should see the x32 outputs even if you have not created it in connections, so maybe first try to delete all but stereo out in the connections audio/outputs.
Will get back here when we were able to test it.

Thanks for your response. For the x32 outputs, if it can help you, I have tried to remove all outputs (with or without stereo out) as you mentionned it in connection window but the outputs continue to not appear after that in the main window.

I have the X32 rack version and I have never faced this issue.

Are you doing the same thing than in the gif above ?

Yes, in my case I can see this in the diffent windows :

Here I can see the outputs correctly in selection for main audio output : 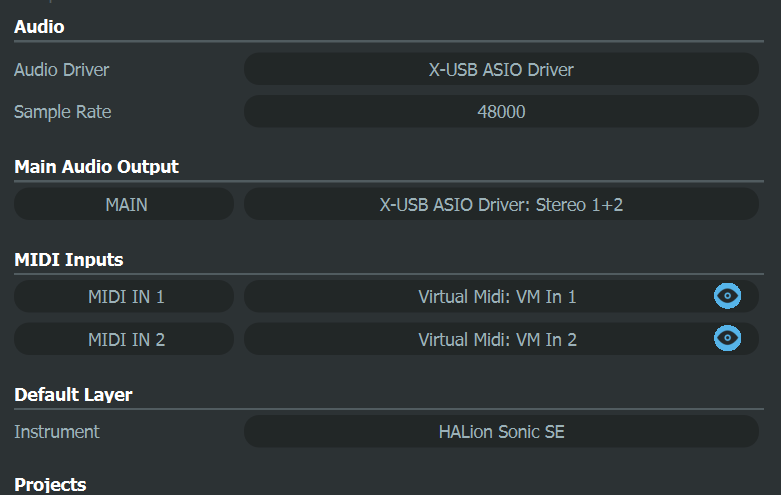 Same thing in connections window for the outputs, I can see the outputs (note that here I have removed the outputs from connection window that I have created before but it’s the same thing with the “named outputs” if I create them) : 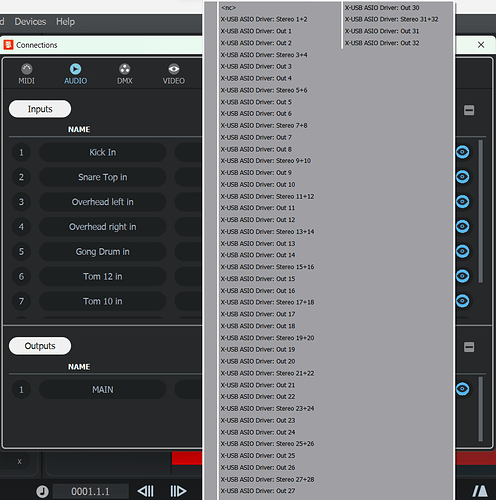 Now, in main window, I can see inputs : 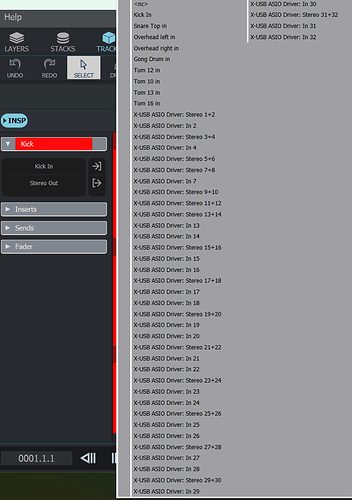 But not the outputs (the same thing is displayed in the inspector on the left) : 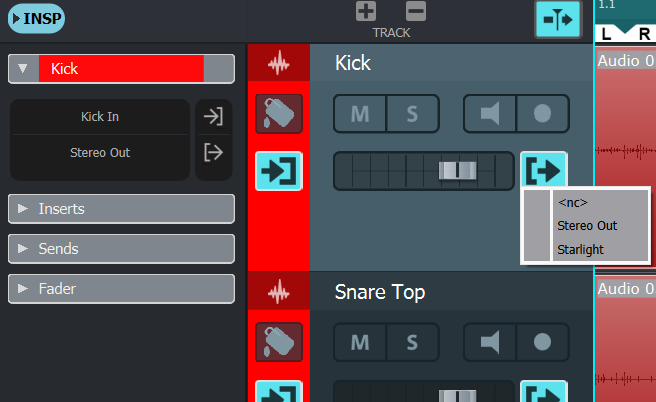 Note that I haven’t tested yet if I have the same with a new project but in my memories, I never saw the outputs here.

But not the outputs

You cannot route tracks directly to outputs. Only OUT channels can.
Audio Track Outputs can only be routed to Channels, either Group, or Output channel.
The Song tracks bus (which has the name of the Song, in your case: Starlight) is also a Group Channel.
In order to route your tracks to different outputs, you need to create OUT Channels (these are persistent throughout the entire project), where you can assign your x32 outputs, and route your tracks to those.
In the mixer you can also expand your “Starlight” Channel with the “e” button, then you can see all tracks channels individually, and you do the routing there as well.

A big thank you, I had not understood how it worked, I expected to be able to assign the outputs a bit like in cubase. Anyway it works now, thank you very much. It will allow me to do even more things than I thought, VST live positively surprises me every day