Speeding up a project (the best way?)

Time-stretching a particular 2-track mixdown of mine just isn’t cutting it - I’ve tried various algorithms. I’m trying to go from 101 BPM to 103.
So… back to the mix.

I know you can set your audio to musical mode and make sure each audio file has the original tempo set accurately in the audio pool - in my case, 101 BPM. But, will the actual audio files line up correctly once I change the project to 103 BPM, and will the quality actually be good enough?

In the past, I believe I’ve had problems with this. It may be because there are so many audio files littered all over the place rather than me bouncing them to stems… I’ve never quite dealt with stems… But when I have, I haven’t used the mixdown dialog box to create them, so maybe the proper term here is not stems… I’ve just simply “bounced” the audio in each track so that it is one long audio file that spans the length of the song. (Note: if there is no audio on a particular track right at the beginning of the song, then I insert a dummy audio event with no audio in it - and I do the same for the end of the song - this way the resulting bounce is the entire length of the song.)

So, now that all the audio files have the exact same starting point, and are the exact same length, I can easily change the tempo of the song using musical mode and BPM as described above. But this all seems like a lot of trouble… and still, I’m not confident that the time-stretching algorithms will be good enough. (I’ve had success with the algos in Wavelab 10 on one particular tune of mine that had very strummy acoustic guitars that were harder to time-stretch. So, I used Wavelab then imported those files into my project… which is very time-consuming.)

I’d just go for as you say - set everything to musical mode and increase tempo. 101 to 103 shouldn’t be a problem.

My project starts at bar 234. (There’s a pre-produced version of the same tune earlier.)
Here’s where I imagine things will go awry… as I believe they did the last time I tried this.

Perhaps it’s necessary to move the project to bar 1? This won’t be that simple to do with all the frozen tracks I have, but… maybe it’s necessary. I, of course, will try this out in a bit.

Starting at bar 234 shouldn’t be a problem - as long as all the audio is set to musical mode and has the correct original tempo it should work perfectly. The pool gives you a good overview of what audio has musical mode turned on and the orig tempo.

I imagine, though, that the project will not start at bar 234 any more, and that in fact it will start somewhere in the middle of a bar… which means there might be an issue that rears its ugly head when I move the project over to start on a bar. Again, that sort of thing has happened to me before.

Do you find that the Cubase time-stretch algorithms work well enough? i presume it is using elastique pro on all the tracks? What amazes me is that this can all happen in real time - which makes me skeptical that there isn’t some loss of quality… a loss that I could avoid by time-stretching everything manually (using the algorithm I like better in Wavelab 10.) As I say above, the Cubase algorithms did not work well on the acoustic guitars I was using in another tune. Acoustic guitar is a complex instrument.

Yeah a time stretching algorithm will struggle with an acoustic guitar. You could always stretch everything else and then edit the acoustic guitar using cuts and fades or if possible rerecord it?

The project won’t start in the wrong place. Everything will stay where it should be.

I find the timestreching algos to be good.

Here’s an explainer on Musical Mode I put together.

Rendering your chopped up Audio into a single file isn’t absolutely needed, but it will make things much easier to manage.

If I were doing this, I’d use Save As… to create a version of the Project specifically for this task and delete bars 0-233 so the Project only has the stuff it needs and nothing more. Also if everything goes south you’ll still have the original Project intact.

I’m not that experienced but go to YouTube , Greg Ondo has a couple of videos regarding matching audio tempo’s,
Hopefully this might help solve your problem 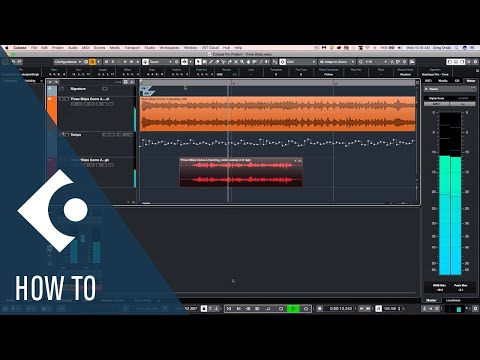 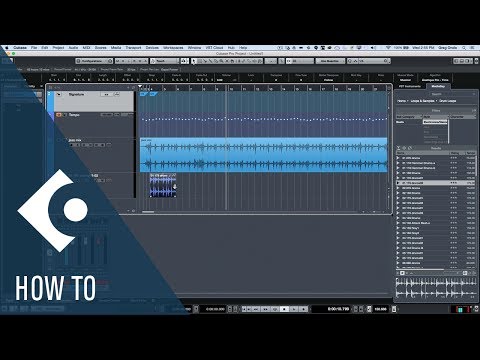 Here’s an explainer on Musical Mode I put together.

Wow, incredibly useful. Thank you. I see that I have to do a bunch of file management in the pool first, and make sure my tracks are set to musical timebase. I definitely feel more confident now. I will Save As too. I presume I’ll have to unfreeze what’s frozen… but it’d sure be nice if those tracks followed along as well.

I’m not that experienced but go to YouTube , Greg Ondo has a couple of videos regarding matching audio tempo’s,

These videos do not directly correlate with what I’m trying to do in this particular project, BUT I just so happen to be working on another project where I could really use tempo detection. I had given up on using it after getting mixed results a year or so ago. So thank you for the info.

I have to lay down an 1/8th note MIDI bass part, and tom tom part, over the entire course of a song, which is actually a lot harder than it seems, and I was dreading trying to keep things perfectly in tempo. I gave it a try… Turns out my playing is not as metronome-like as I thought.

Note, if you ever have to do this: I got much better results when I used the actual drum pad midi trigger that is on my controller, at least in terms of staying in time. Hitting a keyboard key over and over for 5 minutes is just too weird.

But hopefully now I will have a tempo track to quantize too, at least a bit.

tempo detection. I had given up on using it after getting mixed results a year or so ago.

I use Tempo Detection infrequently enough that I have to halfway relearn how each time.

Hitting a keyboard key over and over for 5 minutes is just too weird.

An alternative approach would be to do it for 8 or 16 bars and then duplicate that.

An alternative approach would be to do it for 8 or 16 bars and then duplicate that.

The whole file is not cut to a click track. So I either have to play the part or create some sort of tempo grid.

I’m working through this and finding that some of my audio files are set to “Standard” and some to “Elastique” (I have no idea why they aren’t all the same)… and when I go to change the Standard ones to Elastique, it says it will void the VariAudio data if i do this. So, I have to bounce those files anyway. Crap. So, I guess in the future I’ll keep making sure my algo is set to elastique, or whichever I decide I prefer. I looked for a Cubase preference setting for this and couldn’t find one.

But now I’m proceeding with my original idea of bouncing every track into a full length file. Tedious.

Wondering if I could somehow use Wavelab 10, like I like to do, to simply timestretch all the non-bounced audio files in my project (the audio files as they were prior to doing all this tedious bouncing) and then simply replace them with the ones in Cubase? If that makes sense… Basically, I want to go into the audio folder in my Finder on Mac, timestretch those files, and then have Cubase re-link them into the project at the right spots and at the new tempo. I’m trying to image how to do this.

perhaps I could set all my files to musical mode, change the project tempo, then do my external timestretching in Wavelab, and then have Cubase relink to the new files? somehow?

Here’s the idea I just came up with… not that it’ll be better in the end… just less time consuming. (well, at least less than what I was doing before.)

I didn’t try this exactly, but it should work. The only thing that might be weird is the waveforms that Cubase is using to display the audio files, as those waveforms were created based on the earlier audio files. BUT, in this case, I’m done editing the project and all I need to do is export a 2-track mix. (That said, there will probably be some other variable I didn’t account for here, but, this is worth a shot.)

Also note: Cubase’s standard time-stretching algorithms don’t suck. I found them to be better than Élastique and MPEX in some cases. Weird.

Of course, the other option is to just create stems, time-stretch them, then import those into your project and run them through your mix-bus processing, or also group processing… BUT this isn’t always straightforward either, depending on your routing.

And after all that… Cubase’s own Standard - Mix algorithm works great on the 2-track mix.
Dang, let that sink in.

Also, I tried up-sampling to 192k, using Wavelab, then down-sampling to 44.1k. Not as good. I also tried doing this in Cubase using the above Cubase Standard-Mix algorithm and that gave a wobbly sounding result.