This was something I really wanted to highlight - it was my experience with off-the-shelf systems that were the root of my resistance. After I started to dig in, I really found the choice of components in that market puzzling - as if they were deliberately attempting to sabotage their product performance for some reason - or just didn’t care? I am sorry to be so harsh, but they seem to rely on you not doing your homework.

I would never buy a desktop off the shelf. But laptops? Bit difficult there.

But laptops? Bit difficult there.

There’s a company called Framework that makes modular laptops, designed to have upgradeable parts, which is perhaps the closest you’ll get. 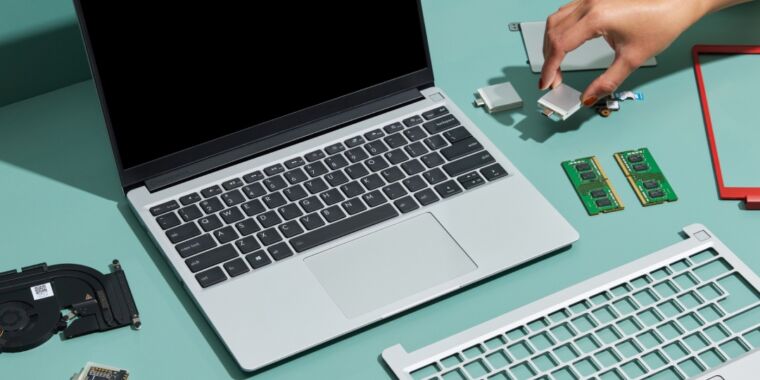 I would never buy a desktop off the shelf. But laptops? Bit difficult there.

Laptops of course have their place. I also use a tablet (though rarely for musical purposes). I think the point of this thread was to point out to the unenlightened, that when there’s serious work to be done, nothing beats a custom-built PC.

I’ve built two computers, both Intel and about 8 years apart. The first was an i7 overclocked. It is still powerful. The latest computer build is about 1.5 years old, and is an: Intel(R) Core™ i9-10980XE CPU overclocked 60% to a safe 4 Ghz. It has 64 gigs of highest speed RAM, liquid cooled CPU, a gaming video card with 8 gigs of memory on it. And just to be goofy, it’s all RGB… a gamers fantacy.

This computer performs fairly well with Vienna Symphony products. The older Vienna Instruments Pro enables me to have a very busy orchestra with hardly any load on the CPU because the samples do not contain any ambience and don’t have multiple mic positions causing phasing issues. The ambience in any sample set, forces the processor to keep more voices going for longer periods of time, thus placing far more load on the CPU. This i9 has 18 cores for a total of 36 threads. And, the newer Synchron stuff, especially the pianos still create more load than I thought they would. But we know that load is a combination of things. APP efficiency, sample ambience, and the ASIO buffer size/latency all come into focus when recording tracks.

So when I switched to using Burl converters and had to switch to using DANTE, I did what every newbie to DANTE does… we do NOT spend an extra $1400 for a PCIe card and instead a $60 license gets you set up for a DANTE Virtual Sound card. But, it doesn’t take long before you realize the virtual card can drive your CPU load way up when delivering lots of tracks/VSTs without a latency appropriate ASIO buffer size. After installing the PCIe Dante Card (Yamaha product now discontinued), my i9 is acting more like what I thought it would when I assembled it. The PCIe card, lowered my latencies by about 50% on average which means the CPU can address smaller ASIO buffers and yield better performance.

The i9 operates somewhere around 165 watts and add that to the Burl converters which drive up heat in a room during the winter, but create a sizable heat load during the summer months… and we found ourselves actually changing the AC baffles in the duct work. But it’s all worth it, including the frustration of DANTE not communicating with a DAW, because the sound is unbelievable and that’s inspiration.