In Engraving options > Ties, when we chose “Tie between noteheads” this ties don’t avoid collision with accidentals :

Tie between noteheads.png703×344 19.8 KB
If we chose “Tie outside noteheads” the collision is perfectly avoided : 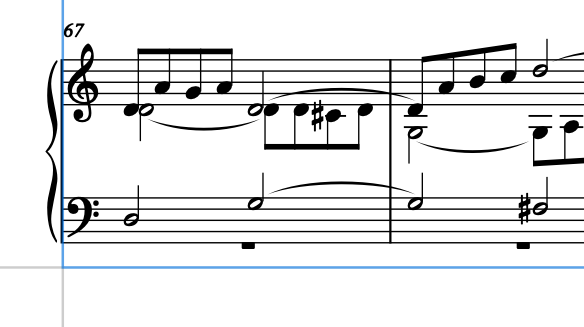 Is it possible to setup the second choice of for a unique tie, while leaving the first choice for the rest of the score.

Thank you by forehand,

No, I’m afraid you cannot specify the tie positioning behaviour for an individual tie, though that’s not a bad idea on its face. I don’t know how tricky that would be to implement, but we’ll discuss it in due course.

In Koenraad’s example, the “tie between noteheads” version doesn’t show clearly which durations of the unison notes are tied together, aside from the problem with collisions.

Thank you for the information.
For info, here is the file of the score.
Secundo tiento del primer tono Cabezon.dorico.zip (464 KB)