Is it possible to change the track number? I mean the number that is in the upper right corner of the trace window, which of course is the same as the number in the mixer.
This is related to the track numbers and setup of the Console 1 Fader. For example, if I have track number 5 and then track number 56, and I have no tracks in between (they were previously recorded but were discarded or deleted) in Cubase they are still next to each other. But on Console 1 I still have track 5, 51 empty tracks that I have to “click through” until I get to track 56.
You can understand it better in the attached pictures. 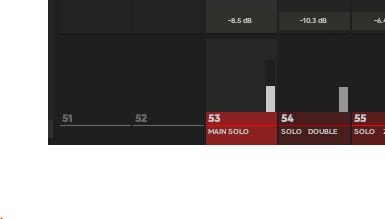 Afaik there is no way to manually change the track numbers, and if you save and reload your project, Cubase re-numbers them in the order they appear in the mixer/arrange window. So if you re-arrrange your tracks, you just need to close and open your project to have them in order.

You might be able to clean up track numbers by making a backup:
File → Backup Project

Thank you all for the suggestions.
Unfortunately, nothing helps.
I just contacted Softube, maybe they will have a solution.