Hey folks, I’m using 3.0.10 for Mac, and every time I input triplets into drum parts I seem to have a problem with voices. It gets more complicated (and becomes more of a problem) if I have an option to input rhythm slashes into the drum part, so I have given up on using rhythm slashes as an instrument in the percussion kit.

However, even without it, for some reason it won’t let me make triplets out of instruments that aren’t exactly the same. For example, here I am trying to make a triplet with the snare and high tom (both set to voice one, up-stem) but adding the triplet makes the high tom automatically change to a different voice. It will not allow me to input the triplet. I have been able to do this before, and only recently it has become a problem; I’m not sure why, and more importantly I’m not sure how to fix it.

I have attached an image of the notes post-triplet button (what it looks like before I make them triplets is in the first comment). Thank you!

This is what it looks like before I try to make them triplets.

In fact you should find that these edits do work as you would expect in Dorico 4, as we spent a considerable amount of time and effort on improving the behaviour of tupelos in percussion in the most recent version.

I suggest you download the Dorico 4 trial version to verify that these edits work as you expect in the latest version: 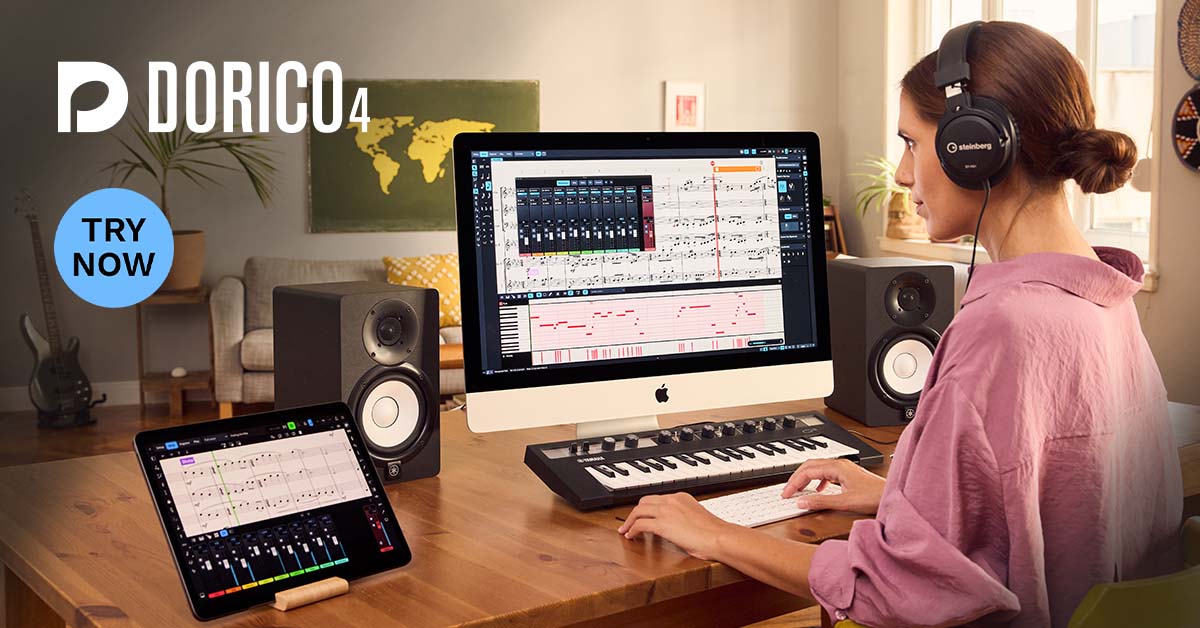 Get your 30-day trial version of Dorico that will allow you to try out all of the features Dorico has to offer with no restrictions. Subscribe now and experience the future of scoring.

Hey Daniel,
I’ve just encountered the same problem myself, and while it is off topic from the main thread, I would like to address your response.
I’m a huge Dorico fan. I’ve used Dorico since 2.2, and it was wonderful. It was full of bugs, glitches, and you couldn’t use 16’th swing, but it was way superior to any notation program so I made the choice to leave Sibelius, never looking back, and bought Dorico (Which turned out to be one of my best decisions ever, and fantastic value for money well spent).
When Dorico 3 came out, it fixed many of the bugs and glitches, added some very crucial features (such as 16’th swing) - but I had to pay an extra 100 Euros to get it.
Now, I’m using Dorico 3, and when I encounter a bug such as this one, I’m told to pay another 156 euros, just to be able to have a notation program that can do basic notations correctly?
(Swing notation? Triplets in drum toms? Come on, that’s a basic necessity, not an exclusive feature!)

Now, I respect Steinberg employees’ time and effort and of course that a user should pay for upgrades - but I really feel like I’m being punished for going with Dorico early and not using another software, waiting patiently for Dorico to release a version with all basic notation necessities.
So I’m extremely happy that I chose Dorico early, it saved me a lot of time and frustration, and I will keep using it and recommending all of my colleagues about it.
But it does not change my feeling about being cheated into paying for every upgrade and being punished for being an early bird, instead of being rewarded for it.

Appreciate you very much for taking the time to answer so many forum threads and helping users like myself. Please forgive me for any English mistakes, for I am not native speaker of it.

Considering the number of free updates to each version, I think your dissatisfaction is unrealistic, but of course you are entitled to your opinion.

It’s not as if Sibelius does not charge via subscription for its ongoing upkeep of the program. Even one’s auto and home have maintenance costs.

Shaked, thanks for taking the time to express your feedback. I know it’s cold comfort, but if you purchase the Dorico Pro 4 update in the next few days, before the end of 28 July 2022, you can save 30% in our current sales promotion. We do our very best to balance our development work to meet the very varied needs of our users, but please remember that for some users, 16th swing is not only not a basic requirement, but something they will literally never use, and likewise many users never need to write for percussion. They might feel that us having spent a long time on improving the way tuplets are handled in Dorico 4 – which was not, by the way, some quick fix that took an afternoon, but rather several months of work for one of our most experienced developers – was time that should have been spent elsewhere because they will never benefit from those improvements.

Save 30% on Dorico in Steinberg's Summer Deals sale – Dorico

Until 28 July 2022, you can save 30% on new licenses, crossgrades, updates and upgrades for Dorico Pro 4 and Dorico Elements 4 in the Steinberg online shop using coupon code SUMMER22. You can also save 30% on the Lifetime Unlock in-app purchase for...

I’ve bought Sibelius before they started the subscription program, and while the version I own isn’t perfect, the only reason to upgrade to a newer version will be to have new features. But you are able to write every type of notation, even if with blood, sweat and tears.

The case with Dorico is different in my opinion. The fact that Dorico claims “We have drum set notation!” and after buying it you find out that it means “…Unless you want to play triplets” - that’s infuriating. That’s not a program upgrade - that’s a beta release.
It means that I literally cannot write sheet music for my drummer. And I’d let it slide if it would’ve been something esoteric like 4:5 polyrhythms or something, but I do feel that triplets on drums are something that’s supposed to be a basic feature in any notation programs that claims to be able to write for drum set.

One thing I would like to mention - I’ve downloaded Dorico 4 and right off the bat - it is AMAZING!
The triplets worked flawlessly and so far all of the UI changes makes so much sense.
I might disagree with you about the pricing or paying for what I believe is basic features, but I can’t argue the you make the most FANTASTIC notation program