Will there be any tutorial videos? I think we kinda need some.

I hope there will be bugfixes soon, otherwise this version looks like Sandbox for beta testers who paid for full and stable version.

a) Very soon. b) Stability is key and no crashes reported so far (except for plugins).

This guy was able to crash it during his session on a mac. 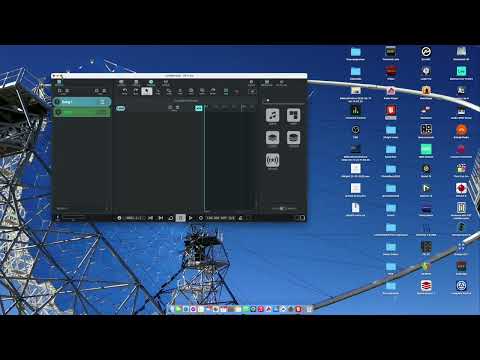 here are some comments to the video :
5.40 → Crash. While are trying to reproduce it, it would be cool to get the Crash Log. Somebody knows the person of the video?
6.47 → Drag effects to layer. Bug. Fixed and coming with the next update.
7.39 → Missing Mixer Zoom Slider. Check next to the Visibility, Out, Group and Remove button.
10.39 → Feature Request. Added to the list.
11.40 → The Sampler Track needs to be opened. Click in the inspector to the Sampler Track Icon.
12.10 → More Quantize Options. Feature Request. Added to the list.
12.23 → Cubase has an option to export the project. (Cubase → Menu → Export → VST Live). Then import this file to VL (VST Live → Menu → Import Media Project)

Midi Learn for every Control. We are working on it.

“I didn’t read any manual” and “Comments disabled”. Nice.

Some comments from anaother thread (was mistaken reg. the author of the video, thought it was you, very very sorry):

You have to get some official videos up there soon. Because as it stands that video there is the only one and I don’t want to watch some clickbatey ashmole who hasn’t even read the manual! I have read the manual but now I need to grind out the workflow. Video tuts with a suggested workflow speed the process up no end.

Will there be any tutorial videos? I think we kinda need some.

Steinberg usually has this nailed down. This is the first time in a long time that I’ve seen them release a major product without a catalog of YouTube videos being released in parallel. Hopefully they’ll be released soon, as I would also like to see the app in action and understand the workflow a little more.