Upgrade to Absolute 5 worth it?

I have Cubase Pro 12, Groove Agent 5, and Halion 6. I bought the GA5 and Halion 6 separately before realizing they came bundled with Absolute. At this point what added value would I get with Absolute 5? The main thing I’m seeing is a more straightforward upgrade path for GA and Halion in the future, some extra VSTs. Anything else? Thanks!

Besides including all of Steinberg’s VST instruments, Absolute also includes several sample and preset libraries for the included plug-ins. Future versions of Absolute will likely add even more. I would say the crossgrade is still worth it even if you already have both Halion 6 and Groove Agent 5, specially at sale price. 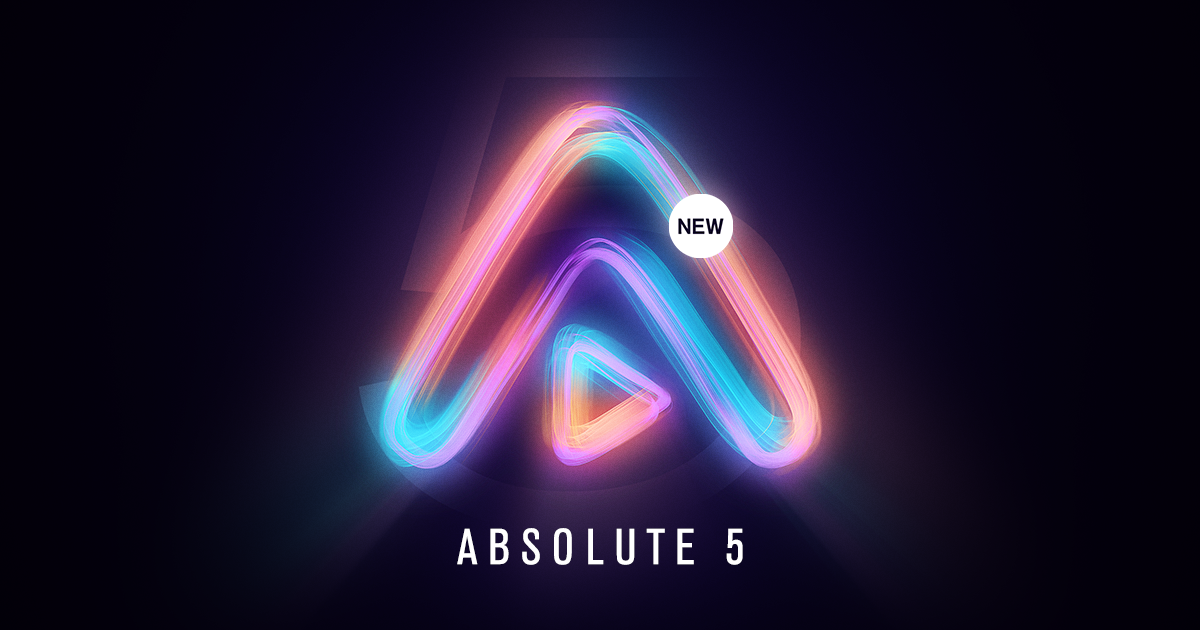 Get tons of instruments with over 100 GB of sound content in one amazing and inspiring collection, full of pure creative power for your music productions.

Thanks for the reply. The sales price through the end of the month is tempting. Makes future upgrades easier and cost effective. Of course I’ll hem and haw over it for a few days before pulling the trigger.

I’m going to the contrary one again !

I’ve have A5 but I really don’t think it’s great value for money. Even at half price - even more so if you have H6 and GA5 already.

Lots of it is very, very dated and Steinberg haven’t been great about updating the basic sounds that come with it. It all very mediocre…meh.

I think a similar investment in Native Instruments goes much further. Just look a the millions (!?) of Kontakt instruments lots of them free compared to Halion…how many 3rd parties have they actually managed to get onboard ?

Lots of it is very, very dated and Steinberg haven’t been great about updating the basic sounds that come with it. It all very mediocre…meh.

Is it true ? Just as Brian I have bought GA4 then H5, then upgraded the two separately, owning NI Komplete 13 Std.
Buying A5 expecting some A6 upgrade cheaper than GA6 and H7 upgrade could be an option ? Better than Komplete 14 upgrade +H7 upgarde ?
The decision would be easier if Steinberg would have created a more interesting offer for A5 when someone owns GA5 and H6.

well it’s my opinion - so I think is true ! but others will disagree

Thanks, @csurieux @Dr.Strangelove. You’re confirming my dilemma. The bang for the buck is less clear when you already own the two biggest offerings in Absolute 5. My main compelling reason to crossgrade from H6 to A5 is the current sale price and the single upgrade path in the future (assuming there is an Absolute 6 in the making).

I think it is still possible to buy the crossgrade code from HALion 6 to Absolute 5 now in the sale but hold off on activating it. If so, that is what I would do - buy now, then activate Absolute 5 once Steinberg have confirmed that the grace period for Absolute 6 has started.

That way, you should get HALion 7 (almost certainly the major instrument update in Absolute 6), Backbone, The Grand 3, plus all the content packs included in Absolute, also you can sell your standalone Groove Agent 5 licence. I have left Retrologue 2 and Padshop 2 out of the list of benefits of crossgrading - you already have licences for those instruments as part of Cubase Pro 12.

@David_W, thanks. That is an excellent tip and one that is helping tip the balance. I wasn’t sure how to take advantage of the upgrade sale price without suffering only a minor feature set increment. Much appreciation for sharing that. Hopefully H7 will bring a more intuitive interface that entices third parties to get involved.

I am still puzzled by the Choir in Absolute being only the Micro version ?
( I already own it)

Any word when Absolute 6 is coming out? Does a new Absolute usually release every 2 years? Also what would we find new for Absolute 6? Only HAlion 7?

There was a topic from this past June where someone asked Greg Ondo about Halion 7. He said it was in the works but no other information. You can find the topic and watch the linked video and listen for yourself.

Based on my searches I found these release dates…

H6 seems the most ripe for a major update having received numerous minor updates and being nearly 6 years old.

I also imagine absolute 6 will feature more than just Halion 7 by that point. Maybe groove agent 6 and some others? Backbone with maybe a kit mode inside it would be neat. All of that would be nice!

Buying Absolute 5 with a crossgrade from H6 is of no interest if we have to wait one more year to get A6 including H7 ? It seems better to just ugrade to H7 in next weeks now.
The lack of info from Steinberg is playing against them sometime…

I think we can take it, therefore, that the next version of Absolute will contain the new HALion and HALion Sonic, but not a major version update of any other instruments. Steinberg usually adds some additional paid content packs to a new Absolute - it is impossible to predict what they might add this time round as that is a marketing and licensing decision (some paid addons are produced for or by Steinberg, others are sold on behalf of third-party developers).

The unknowns are when HALion 7 will release and how long Steinberg will delay the new Absolute once HALion 7 is released. My feeling is that Steinberg will not delay long once HALion 7 is released - they want to stop selling licences on eLicenser. Changing Absolute over to Steinberg Licensing will unlock sales from those who were not willing to buy Absolute on eLicenser, also it should ease the support headaches of continuing to support new product sales on eLicenser. To my mind, the commercial imperatives of getting Absolute away from eLicenser will win out over waiting for an approximate 24-month release cycle that, in practice, has not been that strictly followed in the past.

We are already close to 15 months after the Absolute 5 release. Bearing in mind the inclusion of Absolute 5 in the Cyber Weeks sale and the proximity of the holiday period, I doubt that Steinberg will release HALion 7 until mid-January at the earliest. By mid-January, Absolute 5 will be 17 months after release and I suspect prospective purchasers will be tempted enough by HALion 7 and a move to Steinberg Licensing to pay for an update at that point.

As @csurieux notes, it would be good for Steinberg to confirm that there is not going to be a long delay between the release of HALion 7 to Absolute 6. It is not really fair to purchasers who may have passed over buying a HALion licence in favour of Absolute, or who crossgraded a HALion licence to Absolute, to leave them waiting longer for HALion 7 than those who have a cheaper (at regular price) HALion licence to update. It is also not fair to existing Absolute users to leave them waiting for a longer time than necessary to move all their paid Steinberg instruments off of eLicenser.

it would be good for Steinberg to confirm that there is not going to be a long delay between the release of HALion 7 to Absolute 6.

historically, I don’t think that kind of information has ever been made public by Steinberg

Yeah the lack of info is whats putting me off from it. I’ve been waiting for this time in hopes Halion would go on sale and we’d have some sort of notice when the grace period might start…

The Absolute offer is VERY tempting as its cheaper than me buying Halion straight out, but for one, I don’t want to get stuck waiting for Absolute updates to roll around compared to the individual apps (like the licensing and future upgrade situations). I don’t mind hanging on to the DAC until they eventually announce the grace period, but ugh, being tied to the Absolute license instead of being able to just upgrade the individual apps when it happens is also a little off putting…

@Monotremata you make my situation where I own H6 and GA5 separately sound better. I thought I paid a sucker tax for not doing my research and getting A5 where I would have got both (plus more goodies) for less. While I’m busy throwing money at Steinberg I went ahead and bought A5 at the sale price speculating as @David_W mentioned that A6 is probably right around corner, he makes a good case for it. As of now I sit on an unactivated A5 code hoping the A6 grace period starts early next year. Seems like a gamble with good odds.

ugh, being tied to the Absolute license instead of being able to just upgrade the individual apps when it happens is also a little off putting…

Thanks for the warning! This really sucks and is pretty dumb honestly. Steinberg, please reconsider.