Was Dorico 4 Release a Little Prematurely?

So far, as I’ve used Dorico 4 here are the pros/cons for me so far:

I haven’t had much time to really start trying out some of the new features, but I’m looking forward to getting immersed in using Dorico 4!

There’s an old joke in software development, that if you waited until it was ready, it would never be released!

Also, remember that some problems are not universal, and only happen to some people, based on the particular nature of their setup. If the team can’t replicate a problem, then they can’t identify it as a problem or even fix it.

The Version Notes are pretty comprehensive in describing the new features and how they work. But yes, the Help pages will follow on. Naturally, they must be written after the features are finalized.

Given the choice, I’d rather have the features early than later. But of course I also have the choice to wait.

It’s a stroke of luck for me that the dream team in the Dorico business environment has the courage to do things well, and even to take steps backwards to do so.
There is no alternative for me and I know my way around.

among other things, the incredible effort to create multilingual manuals is really appreciated …

sections of the manual are missing

Yes, documentation for Dorico 4 isn’t complete yet, with apologies for any inconvenience this causes you whilst it’s updated to pick up all the new features and changes.

We’re publishing regular updates, to get information out to users as soon as possible. An update went out at the weekend, and I imagine there’ll be another one later this week. You can see highlights of new version-specific parts of the documentation listed on this page.

In the meantime, the Version History that Daniel writes up for each release and update is always full of relevant details. There are also in-depth feature-specific videos on major new features on the Dorico YouTube channel, including the substantial changes to Play mode in v4. 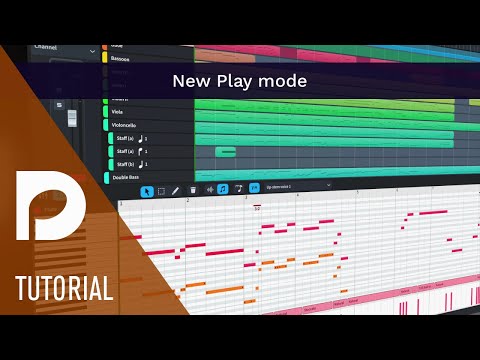 There are quite a few playlists on the Dorico YouTube channel, including one that assembles all the videos on new features in Dorico 4.

More in-depth documentation for Dorico 4’s Play mode is planned. You may also keep an eye out for John Barron’s Discover Dorico sessions, which he does once a month. He’s done a few on playback-related topics. (there are several playlists of those sessions, organised by year)

I may be misremembering (it happens) but I seem to remember version 1’s manual wasn’t complete, and I don’t think it was until 3ish that we had any really comprehensive documentation. When did @Lillie_Harris come on board I wonder?

It’s just a sign of the times I think - gone are the days when you present software as a complete package, in a neat box with a paper manual. Nowadays the model is of early adopters - you invest in the idea of it and the development team fill in the blanks as they go on. You see it a lot in game releases too… if I’m not equally misremembering ™ Minecraft was the biggest game on the planet before it even came out of beta, and the manual (a wiki page) was entirely user created…

There were some clunks when D4 was dropped, and I don’t think it could ever fully live up to the hype following its late release…

Btw not sure what the problem with VSTs is (or the look of Play Mode) - you connect it and it works depending on how it’s programmed. Expression maps aren’t that complicated, but they work just the same as with DAWs

I joined the team in Summer 2017. Dorico 1’s manual ended up complete, for want of a better word, but I think it is fair to say the manuals have trended better as time has gone on.

WMy preference is for a release I can learn to use rapidly, specially the things I’m already using with earlier releases

I agree. Documentation and information is scattered, and it’s difficult to know where to look when you have a question. The version histories may have lots of info, but it would be more useful if those details were integrated into one set of evolving current documentation. If I have a problem, I put it into google and trust google to find the relevant doc or video (which it’s pretty good at, actually).

The online documentation for Dorico Pro 4, for example, is here. As it continues to be added to, these pages will be updated. You can search that manual directly using the search bar, which has been improved fairly recently and benefits from various metadata additions based on how real users have posed their questions.

You can also navigate to the appropriate manual for your version, if different, from this page.

Searching for “external VST” returns 4 pages, none referring to how to get Dorico 4 knowing that external VST player I want to use.
Reality is complicated depending if that’s a VST3 or an older VST2 (not all VST manufacturer upgraded to VST3). Info is scattered accross various documents, videos, etc … Even looked at manuals of older Dorico versions

Of course, all of what I wrote isn’t intended to upset the Dorico software developpers I have in great esteem !! they know very well what Dorico is intended to support and they know what they do

Searching for “external VST” returns 4 pages, none referring to how to get Dorico 4 knowing that external VST player I want to use.

So, to clarify, you want the documentation to provide setup instructions for every third-party VST, based on a search of “external VST”?

“How To” articles in the manual(s) usually start (at least in English) with a present participle (-ing).

Of course Dorico is not the place to get listings or instructions on the literally hundreds of third party VST’s out there. If you ask on this forum what sort of libraries you are looking for and what sort of music you compose then there are plenty of people who would be happy to give you some advice on set up (including Expression Maps) and refer you further to appropriate documentation where required

Searching for “external VST” returns 4 pages, none referring to how to get Dorico 4 knowing that external VST player I want to use.

The nature of VSTs is that they are third party - Dorico can only go so far to make them compatible. My advice for specific use cases would be to ask around on the forum. We’ve had plenty of people asking about getting old Garritan or Kontakt plug-ins to work for example. This kind of info is far too specific to be in the manual I think.

incidentally a little word of advice on that. Other than the notation-specific NotePerformer, the vast majority of VST’s are designed with either playing live or DAW’s in mind. Manuals often don’t mention Dorico for instance in their compatibility list. If you like the look of something, it very likely will work fine with Dorico --just ask here as all the most popular VST’s have users who will be able to help with first hand experience.