WaveLab 11.1 licence problems from the off

Hi all - installed the update to WaveLab 11.1 and immediately ran into a licence issue. It hung on opening with a message saying I should open SAM ‘now’ (Steinberg Licence Activation). So I tried that, firstly with the message box still on screen, but SAM only got as far as a window saying ‘Loading, please wait…’ and hung there. After 10 minutes I figured that was going nowhere and cancelled out and closed the WL message too.
Tried opening SAM again, just got a brief W10 whirry circle, then nothing. Rebooted, opened SAM successfully, nothing pertaining to WL in there though. Closed SAM, tried WL again, and went round the same performance again.
On next reboot I went straight for WL and (after an uncomfortable few seconds ‘checking licence’) it opened, hurrah.
Since then the opening of WL has been a hit and miss affair and in my investigation I have discovered that using Task Manager to kill ‘Steinberg Licence Engine’ usually enables WL to open on the next try…
Have to say that I am rather disappointed with this, have read the announcement and the part about the coming vouchers for crossing over from dongle to SAM but I would be pretty annoyed if running a commercial operation, rather than being a composer/musician.
Hopefully all will be fixed soon.

Just in case, try to update

Thanks PG - have done - the opening screen of SAM was and is as below - so I don’t think the version changed, however WL did open (and quickly) after running SAM which is hopeful! I will reboot machine and see what happens with a fresh start. 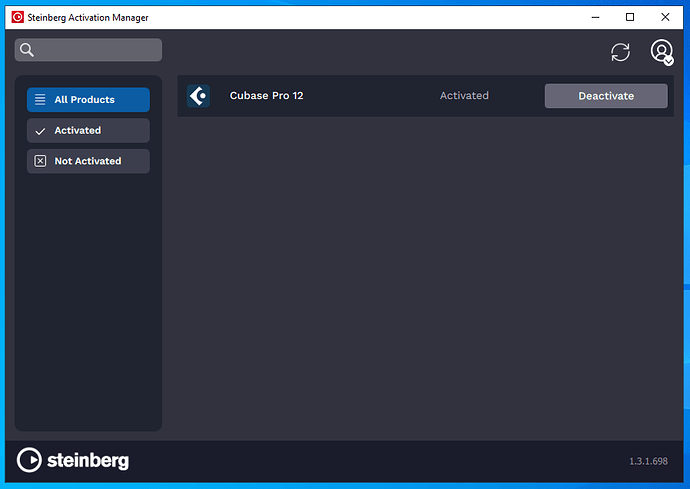 Seems to have sorted the problem PG (the ‘top man’ strikes again!) - FYI the process ‘Steinberg Licence Engine’ no longer seems to run, not before during or after SAM has run. So am guessing that was part of the issue? When I ran the downloaded install of SAM it defaulted to the ‘do nothing’ option (presumably because it detected the most recent version was already installed) but I opted for the ‘reinstall’ option… I think the ‘top man’ may know the odd thing that we users do not!

Many thanks (again) PG