Wavelab 11 Elements does not respond when launched

Hello! Today I purchased the WaveLab Elements update to version 11.1. Before buying, I installed a clean version of Windows 11 and a fresh version of Cubase 12. I activated both Cubase and WaveLab in Activation Manager and Cubase boots up without a problem, and WaveLab no longer … A gray screen appears and nothing responds to the program. I can close it, but no project opens. The screen remains gray without reacting to the expansion of the menu. What could be the cause of this? I installed WaveLab again but nothing has changed. I have a USB dongle in my computer because a few VST plugins still need it. WaveLab is activated in both Activation Manager and USB dongle. I don’t know what to do and I’m upset that it doesn’t work as it should.
…
I noticed one thing… I loaded the project but you can not see this project, only a gray screen… However, after pressing the spacebar, the project began to play… What’s going on here? 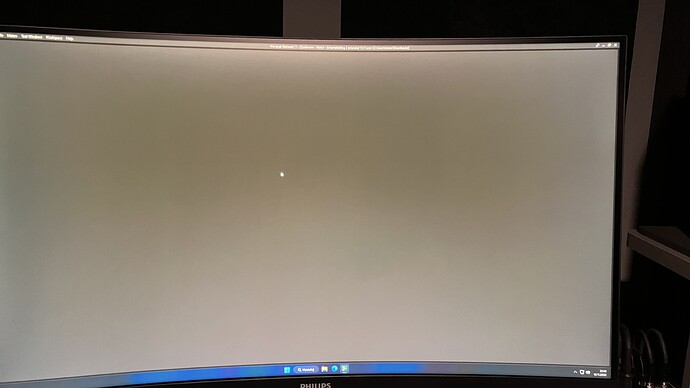 Update: I was able to fix it. I went to the workspace menu and then RESET DEFAULT LAYOUT. Now everything works as it should.