Could be, but imagine how such an integrated piece of software would be in 5 years or so, we’d look back on Cubase/Dorico and wonder how we ever managed. The sum would be greater than the parts I think.

…And I think you’re making an assumption on a dearth of evidence. Such presumptive speculation does nobody - including you - any favours.

I think it would be a great thing to have Cubase/Dorico integration and would be what I’ve hoped for since the beginning. When I am working on compositions that have a score and live electronics, it is really helpful to work in something like Cubase where I have a lot of control over the electronics. I’m sure a lot of people do not work with instrumental pieces with live electronics, but it is something that I need to do.

Another market for such a feature is film composers. For the older film composers who are used to working on everything on paper/notation, they have some lackey create a mockup of each cue in a DAW (like Cubase) so that the director can hear everything. That is all done by someone else playing everything in line-by-line and shaping everything as the performers would. After approval, someone else takes it and orchestrates it from the notated sketch provided. They end up having to a pay a bunch of people to do the same thing (or very close) a few times.

Or, with newer film composers, they are often used to writing directly into a DAW, and then send it across to an orchestrator to create notation later, who then has to go through everything and make sure that all of the indications are there (since they are basically starting with MIDI) and that things like stave allocation and divisi make sense. In either case, there is a lot of duplicated effort.

In either case, some kind of integration of Cubase and Dorico could have the potential to reduce this duplicated effort and reduce costs in the process. I imagine a sort of scenario where someone could do the mockups but simultaneously have the score look pretty much correct directly from the mockup stage. This sort of scenario doesn’t actually require a lot of users before it starts to make sense - just a few important users with deep pockets.

The team has mentioned on several occasions that they’re working on Cubase integration so that’s for sure in the works and sorely needed. I see no reason why Dorico being actually in Cubase (as a library say) has to be bloated, Microsoft does this all the time with their apps and have a built in API for it. All depends. However I’d expect that to be announced out of Cubase rather than Dorico (as it’s Dorico integrated into Cubase)

Anyhow it probably makes more sense as a ‘live link’ kind of plugin. Back end JSON that links the two together, so if you own Cubase/Nuendo then while in Dorico you get a seamlessly updated Cubase project, and vice versa. And then you can use Cubase as the playback engine presumably which would be glorious, as you have full mixing and rendering capability. And of course the Play window will still be there for composers who don’t care but just want to hear their music played without purchasing a DAW.

I’m actually leaning towards this at this point, it could well be a side project and would certainly qualify as big news … would it be a paid feature? Hmm …

I imagine something akin to how affinity designer and publisher integrate. There are buttons up in the left corner and you can switch modes and access the interface and tools of the other program (if you own them) while working on the same file, then seamlessly switch back to the other tool set and interface, all while the canvas stays the same. It’s pretty slick. (But I’m not presuming it will be in this update.)

That’s my bet as well : a software bridge between Dorico and Cubase for playback … and the graphics of the announcement could to be a clue : the Dorico logo close to a broadcast symbol (but can be understand as well as the broadcast of the event…). We will see !

I would like to have an improvisation mode and sketch mode. All print features hidden, but an input tool where you can split midi signals to areas of a midi keyboard, assignable to different instruments. 12 keys on the tool where I can specify the expressions in these areas of the midi keyboard. That gladly also on iPad and for Android tablet… A Cubase bridge of course also still.

It’s almost time, and my gut tells me that it’s something tablet/iPad related. Well, that’s my heart speaking for me more than my brain. Anyway, I’d love a sketching app for Dorico, something that allowed me to input notes in write mode on the go. Or maybe it would be great for tweaks in engrave mode. Anyway, I’d love that more than a reader.
Another possibility would be a publishing/collaboration site.
Maybe this post will agree poorly and this project will be something new and mindblowing. Let’s find out soon!

As we speculate widely on what we will hear, I wonder how many chuckles we are giving the Dorico folks who know what they will announce.

I already know some of it, but don’t want to spoil the surprise! 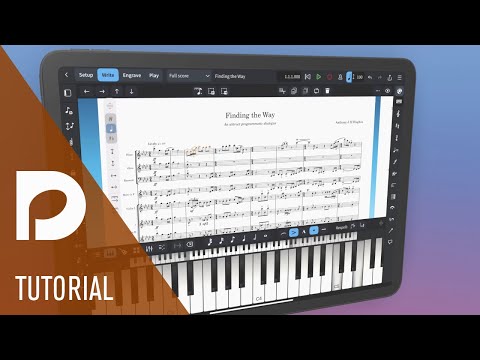 Well not what I would have wished for but I won’t complain, it will definitely be nice to compose directly into Dorico without having to be tied to the desktop. But subscription model? Argggggg! Well $40/year won’t kill me.