Good ay from Australia.
I am in need of advice fellow music recorders.

I have a zoom R8 that I now want to use as an interface with a computer to access the Cubase LE programme. I need to know and I’m in Australia by the way. What computer that uses windows (that’s my preference not Apple) will be sufficient to master my work recorded on the R8. With the ultimate goal of putting on Spotify. I am not looking for super tech stuff. Its a simple rock band sound of two guitars bass drums (machine created) and vocals. Apart from some guitar overdubs and perhaps backup vocals with effects its pretty straight forward. So please advice. What would be the most budget friendly computer I can start with? Thanks

What computer that uses windows 7

Cubase has not run on Windows 7 for quite awhile now. Also Microsoft dropped all updates/support years ago.

You could download an older version of Cubase to work with Windows 7 by using a current license. They have quite a few older packages in the download assistant software.

In Dec 2019 Steinberg announced they were no longer testing on Win 7 so I think Cubase 9. or 9.5 would still work for you:

For upcoming and future product and update releases, we will no longer offer support for the Windows operating system below version 10. Customers may be able to install Steinberg software under Windows 7 and Windows 8, but since we are now solely developing and testing under Windows 10, we cannot offer official support for our software when running under previous versions of Windows. There are several reasons for this decision: Microsoft has announced the end of life of Windows 7; various techno…

I was using Elements 10.5 in Win 7 for a bit but it had a few glitches and was technically not supported. Moving to Win 10 solved my problems and would recoomend maing the upgrage if you are going ojn the internet with it.

Here’s an add I found four Cubase 9 which has the system specs you need: 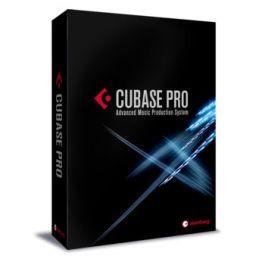 I would definitely want at least 8 GB of ram but more is better. You can pick up S/H HP laptops like Elitebooks, Probooks, Spectres and older Envys just past warranty all day long for cheap on eBay that will meet these specs. They will usually be refurbished office machines bought in bulk by resellers:
https://www.ebay.com.au/sch/i.html?_nkw=hp%20laptop&ssPageName=GSTL

You may have to ask the sellers to load Win 7 for you though as most will have been updated to Win 10 or try to buy an older copy and install yourself.

SORRY let me clarify I didnt mean windows 7 per say as its probably upgraded now to 10 or something. I meant to say I dont want to use Apple if I can and would prefer to use a windows programme to run the Cubase LE. That was all I meant. What’s the cheapest computer to do the job running windows. Thanks

That frees you up a bit. I still say shop for S/H HPs. They’re all pretty reliable in my experiences with them.

You’re still going to be looking for similar minimum specs:

Wildschwein—check this out on ebay is something like this good for the job? Im just not sure how to clarify the actual specs when you view the product online at ebay? Cheers

I have the Z220 with an i7 processor and run Cubase Elements 11 on it. I bought it S/H from an eBay bulk reseller and have been stoked with it – you can also upgrade them quite a bit too. You won’t have problems on a computer with those Z230 specs. I see they have a small form factor PC there:
HP Z230 Workstation SFF Intel i7 4770 3.40Ghz 16Gb Ram 256Gb SSD Win 10 Pro

SSD means it will be pretty quick and 16GB of ram is more than enough for your purposes. There’s plenty of USB ports as well.

Just check the buyer feedback. They have sold 51 one of these so look pretty solid to me. Also note you will need a monitor, keyboard and a mouse if you don’t have those already.

I notice too that Zoom has a load of documention for the R8: | ZOOM

Welcome to Cubase LE. It’s a bit of a learning curve: https://download.steinberg.net/downloads_software/cubase_le_ai_elements_8/Cubase_LE_AI_Elements_8_Operation_Manual_english.pdf

Wildschwein—Thanks heaps for info. Will get onto ordering. No doubt I will post abit more when trying to use the Cubase LE so be warned!! Ha ha happy recording until next time. Cheers

Wildschwein the work station has arrived yippy… BUT I am wondering what HMDI cord will work to connect to screen. Of course the unit arrives just with the power cord. How did you get yours to work?

I’m not sure about what sort of monitor you have there. I looked up the specs of the PC tower and it says it has 2 x DisplayPort 1.2 at the back. DP 1.2 looks like this:

The eBay listing says it’s using the Intel graphics so I assume there is no extra graphics card in there so you need a DP connector on that side and then it will need to go to whatever format you have on the monitor side. Monitors over the years have connected by VGA, various DVI formats, DP and also HDMI

If your monitor has HDMI on that side that’s what you need to go to.

There are a couple of ways to do this. One is to use an adpater like this for example with an exsisting HDMI cable:

Or you could buy a cable that does this so something like this:

Wherever you buy make sure you enquire with the seller about what you are trying to do so they can sell you the correct cable or adapter.

I got that monitor above
Look thanks for infor I will play around with it this weekend. Hopefully I can find something lying around so I don’t have to re order. Thanks once again. Cheers

You got the full sized tower then rather than the Small Form factor model?

This is the spec document for the full sized Tower model:
https://support.hp.com/au-en/document/c03919165

That says you have these options on the back:

The ebay listing also notes this:

HP has great documentaion. It will tell you what the computer has and also what parts you can use to upgrade it too.

thanks very helpful yes I got the full sized tower. You mention upgrade? It will work as it is though for the Cubase LE? I suspect you mean upgrade to make it work even better?

by the way just found some of your stuff on Soundcloud. great stuff do the robot love it. I to was bred on the Hendrix, cream era. Dig the lead work. IS sound cloud like spotify? Any way all the best will l send a link when I finally get a song togther. Cheers.

Thanks for that – I did all the guitar work and also tracked and mixed that tune. Sounds like we dig the same sort of stuff. Soundcloud is a free place to host your music and it is very easy to work with. With Spotify you need to go through a distribution service to put your music up and it costs money to do this. It’s not that straightforward and you need to do some paperwork with APRA AMCOS as well as they collect royalties for artists in Australia. You also have to lodge some legal documentation with an entity in the US.

You can investigate this by looking here:
https://cymatics.fm/blogs/production/how-to-upload-music-to-spotify

When I released a track to streaming services (which included Spotify) I went through a distribution service called CD Baby:
https://cdbaby.com/

Yeah, by upgrades I just mean things like extra ram, extra hard drives, and expansion cards. The computer has more than good enough specs to run Cubase but in the future you may want to add extra things to it. I upgraded the ram and added extra hard drives to mine as I wanted different drives for my sample library and a dedicated drive for recording tracks to – but you don’t need this.

Thanks I found out about CD Baby signed up. That’s as far as I got so far. Will need to produce something now. But your stuff is produced really well and I guess that’s the Cubase pro 11 or something? But am just enjoying listening to hear comes the rain. Will be in touch later on. Cheers for advice. Thanks

Hi Nicos,
Thanks for the kind comments. I actually only use Cubase Elements 11 not Pro. I started in LE 6 (which came with a Zoom H4N hand held recorder) . I then bought the upgrade to 10.5 last year. This year I updated to 11 because it offered me something I was after (side chaining plugins). I have mostly worked in Reaper since 2014 and for a while (between 2012-2014) I was using Pro Tools LE 8. I decided on Cubase last year because I like to work alone on MIDI compostions and it seemed to offer me the best options for doing this.; and becasue it’s Elements it didn’t cost me a lot — but I have bought extra sample packs from Steinberg. There’s a lot to learn yet but I’m happy in Elements. I still use LE 6 on my old MAC though for editing band rehearsal performances and it has everything you need for straight up band recordings.

Hi Wildschwein,
I will be as independent as I can and promise not to bombard with a million emails. This I guess can be a forum question if you get fed up with responding. I am now at the stage of downloading my free version of the Cubase LE. I think I have done the initial part download the driver. I seemed to have a screen where it outlined the elements of the programme. For example drums (groove agent). It seems though you have to click on each heading and then for example the drums open various drum options. I was really only interested in the rock beats so downloaded the rock drums. Not sure how to open it though to actually use it as a drum machine. It seems to all sit in some folders as a download initially. It seems like yo have to down load every thing manually. And I assume somewhere along the way it becomes a usable programme like a digital mixing desk or something. Anyway at work now and will have another go tonight. We will get there. Cheers

actually I will read the user manual you sent!