When the original Apple Magic Trackpad was released, I bought it to replace a Kensington [wired] Expert Mouse Pro, a trackball with programmable buttons at the top of the base which I’d used for many years. I love the trackpad and never looked back.

Similar with me. I got a Kensington trackball in the mid-1990s specifically because I needed to do a lot of dragging from one particular pixel to another to draw CC lines in a midi sequencer. The button-lock feature is great for this, and I had gotten familiar with it on someone else’s trackball. I was very comfortable with trackballs for several years. But since I started using Apple trackpads, I haven’t looked back.

Ive got the Logitech M557 Bluetooth going now with Monterey. It works so far. not the greatest mouse in the world but only $45 AUD. It has a side scrolling feature which I haven’t tested in Dorico 4.2 yet. We’ll see. Sorry about the noisy button reveal on the Kensington Trackball!! I did notice it though on the YT vid I watched. It’s not my fault! I still may get it anyway. I’m sure it’s not that bad once you get used to it. Cheers for all the tips. That vertical mouse was too expensive unfortunately. But it looks great! Thanks Simon.

Oh yea, no question. My original MT went on the fritz so I went to the Apple Store (I have 6 within 20 minutes drive) and bought an MT2. Although I have owned many of the other products listed in this thread, it was a, Where have you been all my life? moment. Seriously, the improvement is that dramatic for me.

I later figured out how to repair my original MT and sold it for nearly what I paid for the MT2. I still have a Kensington Trackball on the shelf in case my MT2 goes down but I’ve not used it in years.

Is anybody else using two pointing devices?
I have a trackpad in my left hand as it’s best for scrolling and a Kensington trackball in my right hand for moving around. Both can click/right-click of course. Divides the work up…
Just me?

What do you use to press the keyboard? 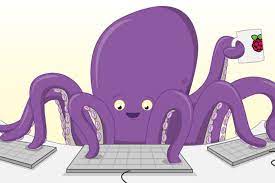 I also have two mice on my desk: a Kensington trackball and an apple trackpad.

I also use two pointing devices. Mostly I use the Logitech MX Anywhere 3 mouse with my left hand (I’m a leftie) but I also have one of the original first generation Apple wireless trackpads (A1339, model number fans) on the right-hand side of my keyboard, and typically find myself using that for scrolling/panning, though less often than I use the mouse.