When will Cubase delay get this feature??? 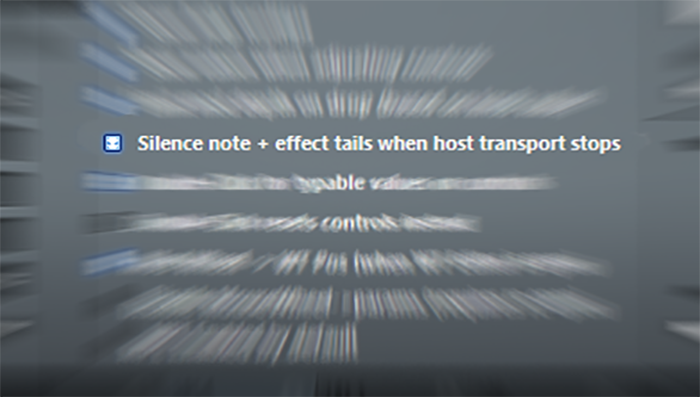 I use a lot of delays in my productions and it’s bugging me a lot: those annoying delay feedbacks after transport stop. In FL Studio you can pres STOP twice. In more advanced Cubase I need to put gate or draw unnecessary automations or bounce tracks. I’m tired of this. Is it so difficult to implement this feature if VST3 standard allows it and other developers already do it? We have got this huge plugins UI designs, and now I literally don’t see anything behind it on my average 1600x900 screen, but there are 0% of improvements to the workflow. I honestly love making music with stock plugins. But this particular case is on my way all the time

A workaround I use for feedback prone delays after I hit Stop.

Melda Production’s MUtility plug-in. Better than a gate because it does nothing but mute the chain when Stop is pressed. Doesn’t modify the audio in any way, other than simply cutting it off until Play is hit again. It’s in the free Melda bundle. The feature is: “Silence when playback is ON”. Eats virtually no CPU and it is as instantaneous as it can possibly be.

Unless (or until) Steinberg incorporates this feature into their delays sometime in the future, this is your least invasive workaround solution.