Where is iPad project saved

My projects were being saved to the Dorico folder on my iPad, and recently they appeared to stop saving. I discovered after reading some topics here that the save location was somehow changed to my iCloud Drive, but there’s no Dorico folder in my iCloud Drive. I went into settings and changed the file location to On My ipad, then created a new test project, and went back out of the project. It appears in the Recents, but it’s not in the Dorico folder on my iPad. Are projects being saved somewhere different now? How can I find the project file?

If you can access your iCloud from another computer, you may be able to find your files there.

As you’ve probably read, there are serious issues with file handling in the Dorico 2.3 update released a few weeks ago, at least for many of the users posting here.

I know that Steinberg are aware of the problem & are currently working hard to resolve it.

Apparently your files are now in a hidden folder in iCloud, for reasons they don’t understand. In practice that means you can only access them in the Dorico hub. The problem is that if Dorico crashes, which 2.3 seems much more prone to do, how do you reload your files since you can’t back them up, in the event that you need to reinstall the program.

Initially I was emailing or messaging the projects to myself, but after a while even that didn’t work. I would suggest you try this, just in case Dorico crashes terminally, requiring a complete reinstall.

Anyway hopefully some of this is useful to you.

Hi Edna, as of the most recent version of Dorico for iPad, the default location for new projects that you create in Dorico for iPad has changed to be within iCloud Drive. You should see, in the Files app, a Dorico folder within the iCloud Drive folder, but on many of our users’ iPads this folder remains steadfastly hidden, despite our best efforts to get it to appear!

Your project is not lost, but it may be at present very difficult to get it to appear again. Do you have access to a Mac computer, by any chance, or do you have only an iPad?

This is very odd Daniel. As I’ve reported before, Dorico created a Dorico folder in the root of iCloud which is accessible from my iPad, Macbook and Win10 PC. I’d always understood that one of the big features of the Apple ecosystem is the ease with which everything syncs - looks like this isn’t always the case. It must be the devil of a job figuring out what’s going on

Daniel, I have only an iPad and iPhone. The Dorico folder does not appear in Files. I did open three earlier projects and they appear in Recents.

My daughter has a Mac, but she lives several miles away.

This must be very frustrating for you and the rest of the team. I wish you the best.

Edna, if you could send me a private message that includes the email address you use as your Apple ID, I can make a beta version available to you via the TestFlight app that might (though I stress it only might) cause the expected Dorico folder to appear inside the iCloud Drive folder in the Files app on your iPad.

In Dorico I see the following path for the saved project:

I can’t find the project in the Files app on the iPad, nor can I access it on the PC (Win10).
Nothing to see online (icloud.com) either.
I see all other folders of the iCloudDrive and can exchange files via them.
I use the program iMazing to sync between iPad and PC. This gives me access to the last corners of the iPad.
But I can’t see the project in the apps area or in the file system.

Yes, you’re in the same situation, @P.A.T. The project is safely located inside Dorico’s dedicated documents folder in your iCloud Drive, but that folder itself is hidden when you browse in the Files app.

Do you sync your iCloud Drive to your PC? If so, it may be possible to open that folder via Windows Explorer and you will then find the projects inside.

Do you sync your iCloud Drive to your PC? If so, it may be possible to open that folder via Windows Explorer and you will then find the projects inside.

Yes, my PC is synchronized, otherwise I wouldn’t see the other folders in iCloud Drive either.

… nor can I access it on the PC (Win10).
Nothing to see online (icloud.com) either.
I see all other folders of the iCloudDrive and can exchange files via them.
I use the program iMazing to sync between iPad and PC. This gives me access to the last corners of the iPad.
But I can’t see the project in the apps area or in the file system.

I believe on Windows that the iCloud Drive location is a folder directly inside your user account folder called iCloudDrive. Try opening a Command Prompt and going to this folder. Then type dir and hit Return.

Hopefully you will see a folder called iCloud~com~steinberg~iosdorico listed there, in which case you should be able to cd into that folder, then into a Documents folder within, and then if you dir there you should see your projects.

Hopefully you will see a folder called iCloud~com~steinberg~iosdorico listed there,

Unfortunately I can’t troubleshoot iCloud sync issues, but I can see from your Dorico screenshot earlier in the thread that the project is definitely located inside your iCloud Drive folder, even though that folder is currently hidden in the Files app on your iPad. I can’t explain why that folder is not being synced to your Windows machine.

We are working on the issue that the Dorico folder doesn’t appear in the Files app at the moment and are trying to find the right people within Apple to help us resolve it. We will provide an update as soon as we can.

I am technical lead for an arrangement project in our university. We have 10 iPads with Dorico installed on them, but the issues keep creeping up (Dorico not starting anymore, needing to reinstall and losing files in the process, as well as the iCloud issues). We want to offer them taking the iPads with them during the holidays to do some arrangement exercises.

Unfortunately, they are all music students with not enough experience to regularly go into hidden folders on Terminal etc.

Is there currently any reliable folder I could direct them to store their scores into, which will not be affected by this current issue?
Is Dropbox a current save option, or a manually created folder in the iCloud, from where they could load a project? (The latter I tried - the files will not show up in the hub, but this is workable at least.)

A new update will be available soon in which it will be possible to specify whether projects will be saved into the local app container or in iCloud Drive. By default, it will specify that projects should be saved into the local app container. This should make it easier to locate files, because such files will always appear both in the Hub and in the Dorico folder on On this iPad in the Files app.

the project is definitely located inside your iCloud Drive folder

That doesn’t seem to be the case! The Dorico files are in iCloud storage, which can be seen in the storage management.

But they are NOT in iCloud Drive, which communicates with external applications.
In the following screenshot you can see that my iCloud Drive currently only contains 30kB of data, i.e. no Dorico files.

On my PC, at least for photos, my i Cloud drive sometimes needs manual updating/linking (not altogether sure why). Would that perhaps be of help finding your files on a linked computer?

I’m pretty sure I can’t access the Dorico projects from my PC. Of course I had synchronized the devices.
If you can’t find the files with the PC software iMazing mentioned above, then it seems hopeless. 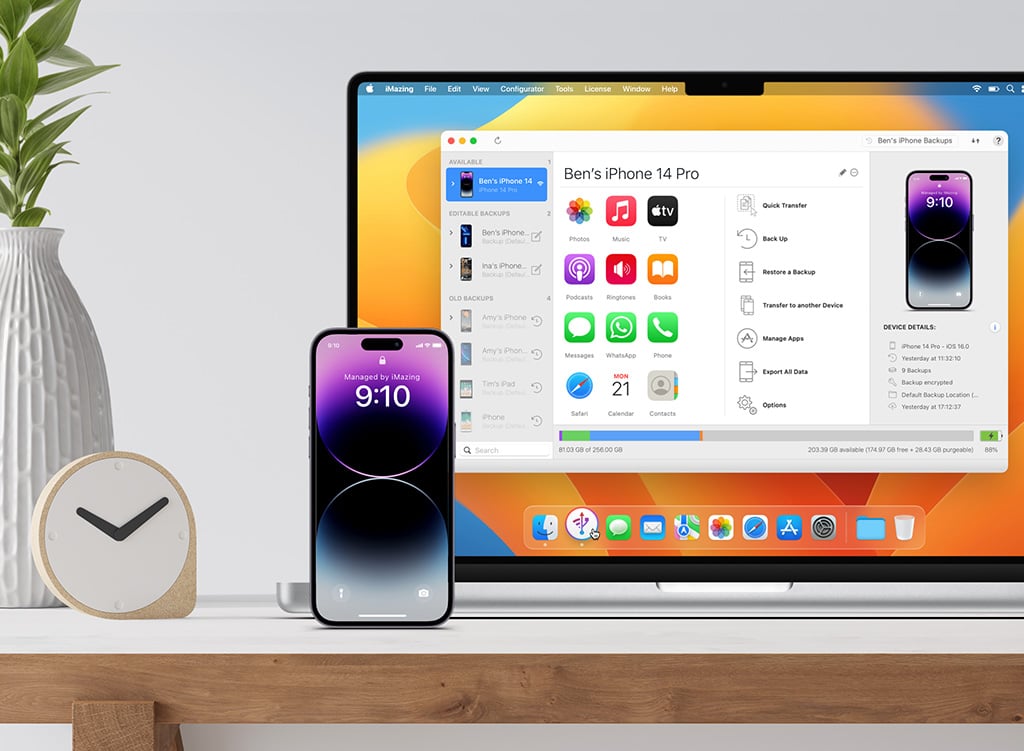 iMazing lets you transfer music, files, messages, apps and more from any iPhone, iPad, or iPod to a computer, Mac or PC. Manage and backup your iOS device simply without iTunes. (was DiskAid)

I’d been working on a piece using the Win10 PC and iPad (NotePerformer on the PC, built-in sounds on the iPad), but after lunch, Dorico refused to open on the iPad - just a brief black screen with a feint Dorico logo then, almost immediately, that was it - kaput. The piece was saved into the Dorico folder on iCloud.

If I tried to enter another project on the iPad, whether by long pressing the Dorico icon and picking a project, or opening direct from iCloud, same result - crash.

I decided to delete then re-install the iPad version, but before hand I copied the Dorico folder in the root of iCloud on the PC - just in case.

After re-installing, I found that the Dorico folder on iCloud wasn’t touched, everything was there, so no need to copy files from my backup.

The path to iCloud on my PC is
C:\Users\Rob\iCloudDrive\iCloud~com~steinberg~iosdorico\project.dorico

…the plot thickens.
You are so right!