Yea man, I’ve been one sick pup since Saturday. Went to a clinic. The clinic diagnosed me wrong. This was made apparent by my primary doctor who I visited 4 days after I began the clinic’s treatment when I wasn’t recovering. So, an FYI:

Basic symptoms. I know it’s a little deeper than that. That clinic… SUCKS!

I am starting to feel much better. Today I smiled because I was and for a few other reasons. Follow me for a bit… I’m going to have to blame part of this on Larry and Alexis. The rest I will blame on me not having restraint and for the love of being an audio engineer.

Last week and this week, I had been talking to Larry about microphones on Facebook and about vocal processing here with Alexis and Larry which brought the NEW MICROPHONE ITCH. You know what it is like. Looking… looking… looking… but wait… there was that ribbon mic I almost bought a couple years ago… Now lets convince myself to buy it by reading loads of reviews and listening to samples on my studio headphones as I lay sick in bed. All right. I’ll cut to the chase. I got a new ribbon mic. Formerly the Crowley & Tripp “El Diablo”, then bought by Shure Incorporated, I just received a KSM353. Found a NOS one for a very good price.

As I waited all day today for the arrival of the postman with my package, I decided to do my January once-over on my tube gear. Unity tests, spectral analyzation, checking level match, noise, microphonics. I wish I had a tube tester for the real-deal, but I don’t. Found some anomalies. A slightly noisy tube in one of my tube microphones from a matched pair which went away when I reseated it, and 2 stereo tube compressors had level mis-matches when in link mode. One was off by 2.44db when measured. I knew this going in as I’ve been witnessing it creep apart during 2014. Time to order new glass. I decided to go almost all out. For the compressors and for the mics too in case it wasn’t a seating problem. Tubes are stupidly expensive these days, especially NOS. WTF! I am excited though. All the tubes with a possible exception of mic tubes should be a sonic upgrade. JAN Philips 12ax7wa set for one stereo compressor and Ruby 12ax7ac7 HG+ set for the other and some Siemens e88cc for the tube mic pair. Curious about the Rubys… I’ve had a set before and they worked well as they had sizzle in saturation. The new ones are supposed to be smoother. We will see.

Boy, am I wired from the roids the doc has me on. 1:00 AM here and I cannot sleep. I’ve played with the mic for a bit tonight. Too soon to make a call, but I like it. I’ll write more when I know more. For now, double bass, it left me speechless. 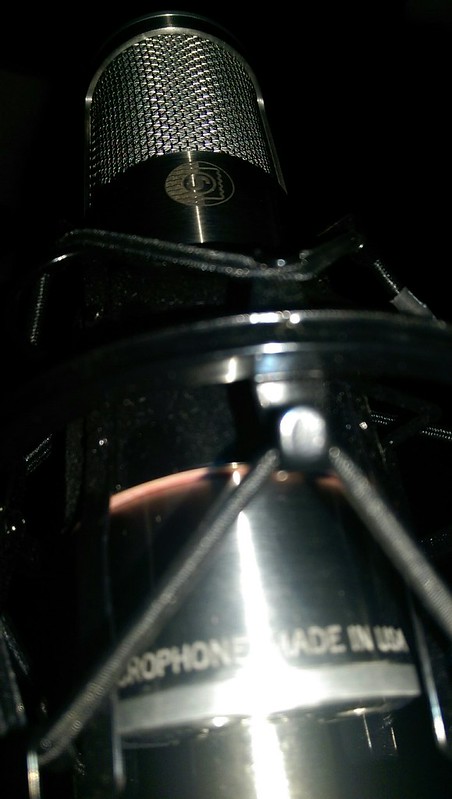 Looking forward to 2015 in the studio after I fully recover.

^LOL!!! That hurt me esophagus.

Last week and this week, I had been talking to Larry about microphones on Facebook and about vocal processing here with Alexis and Larry which brought the NEW MICROPHONE ITCH. You know what it is like. Looking… looking… looking…

Sounds like you just had a G.A.S. attack not flu, understandable for this time of the year.

Last week and this week, I had been talking to Larry about microphones on Facebook and about vocal processing here with Alexis and Larry which brought the NEW MICROPHONE ITCH. You know what it is like. Looking… looking… looking…

Sounds like you just had a G.A.S. attack not flu, understandable for this time of the year.

Yeah yeah…sure, blame it all on me. Pfft

Glad you’re feeling better! Funny thing is, I had the flu at just the same time, maybe since its a virus, it was transmitted over the internet!

And your advice was helpful, nonetheless - impressive!

Here is a really short sample using 5 instruments you see in this picture (not the drums though): 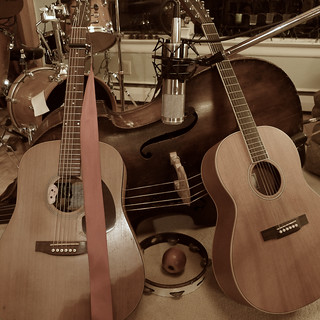 Here is the audio

It’s really loose, because I am rusty, but you will get an idea of the overall sound of the mic as the sources stack. I put a little delay on some of the instruments to make space for everything. I’m talking 1-4ms slightly varied on each side of the stereo return channel, 1 per instrument, except the double bass. Filtered the delay to pass above 5-600hz, sometimes way higher so to not interfere with the body sound of the mics and blended really really low in the mix. I bypassed and checked to make sure it didn’t alter the sonics so you could hear what was actually recorded but have a tiny stereo field. No processing except for the dash of delay. Signal chain: KSM353->Pendulum Audio MDP1->Lynx converters.

Nice audio. Droolage here. GAS is both evil and sweet

I had the flu last week too, probably caught it here

Glad to hear we are all in this together!

The mic, right. The tambourine sound amazes me. I’ve recorded so many of them over the years and the one I have here is a piece of junk, really. I find it really musical and I actually like listening to it! A few other observations is the attack on everything is, well, smooth. In a normal mix I find myself putting a lot of acoustics, close mic mind you, through a compressor with a gentle slope at the signal peak to soften them so the apparent body of the instrument and harmonic content is better revealed and to sit them in a mix. This is really fascinating to me because I haven’t had this caliper of a ribbon mic in here before. Big eye opener. I plan on using it through some other gear with different impedances to see what comes out of it. Really interested what it does with the mindprint dtc as the impedance is 5kΩ whereas the MDP1 is 1.5KΩ. Should have some interesting findings.

Nice to see ya!