Your project file has been deleted and other iCloud issues

Got an error message while working “Your project file has been deleted, do you want to save it under a different name?” or similar wording. Here’s the save dialog 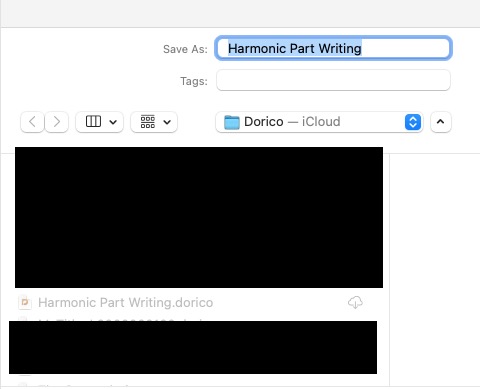 Where you can see the file is still here, but in the background apparently OS X silently unloaded the file locally but it’s still in the cloud. Not sure what to do, go to Finder, redownload and hope Dorico picks it up? Urg …

Related thread, but that one seems to be somewhat different issue Dorico iPad - the file for project ... has been deleted

Yeah in general the iCloud behavior is somewhat erratic, for example 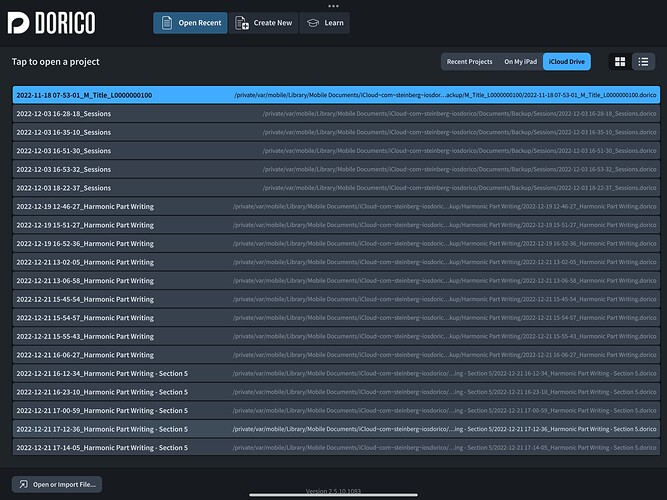 And often get “Your file has been edited …” when it hasn’t, on both Mac and iPad.

I understand about the limitations with iCloud, OTOH I don’t see these issues on other apps that use iCloud files, so food for thought.

This bug has turned from an annoyance to a problem. It always happens with my projects and I learned to say “Cancel” or I might lose my work. This morning it pestered me, twice within 20 seconds, I hit cancel both times, then decided to exit to save my work as something seemed off. Doing that lost my changes, all I had was what was saved from presumably the previous autosave.

The project file is on iCloud - @dspreadbury I need to have this work reliably, is there a workaround? I’ll try keeping the file local, I suspect iCloud is the issue (it tends to aggressively offload files which I suspect is the issue), do you think that will work around it?

Well interesting … I was rewarded with another such dialog while I was writing the post. So I went to export to Dorico file I’d save locally and got this

OK yeah keeping on the iPad appears to be working fine, no dialogs or glitches as you’d expect. I think what is happening is that the iCloud aggressively yanks the file out from underneath Dorico leading to the confusion - I checked and while I was working on it iCloud pushed it offline. Maybe there’s a file lock that can be put on the file to inform the system it is in use? This is used by many apps so I can’t believe that iCloud is broken, seems like Dorico needs to take an extra step to prevent iCloud from pulling the rug.

I’ve moved these posts to your previous thread on the same subject. Please don’t open multiple threads on the same topic. If you can’t find a previous thread you’ve posted, don’t forget that you can go to your profile page, then to the Activity tab within there, which shows a handy list of all of the threads you’ve started and participated in, listed in reverse chronological order.

I’m so busy these days I completely forgot about the earlier thread. But since you posted I now know you are aware of the issue so I’ll keep my files on the iPad and check that off my list.

Three or four years ago, to my horror, several key projects were simply gone - greyed out and inaccessible. The best answer I could find was that icloud might have uploaded them and only left references to the files on my local drive. I have no idea why - I’ve never spent time with icloud settings so I don’t know why it chose to backup Dorico scores only.

Regardless, I couldn’t find them on icloud and as luck would have it, my backup drive was corrupt. I had to scan pdf parts to Neuratron PhotoScore and then edit them and rebuild the scores. (PhotoScore makes a mess of scanned scores.) Upon closer examination, many other scores were also missing. Luckily, I was eventually able to retrieve some projects from my backup drive.

It remains a mystery to me, I’ve never encountered anything like this before. Yours is the first thread that I’ve noticed addressing this topic.

I’ve found Dorico desktop iCloud between Windows and Mac pretty stable. I did have a problem once with Windows - I forget what it was now, but otherwise has been fine. I’ve since retired the Mac and use the iPad, but as talked about the iPad iCloud has some serious issues apparently having to do with iOS offloading files.

Since it’s iPad there’s very little that could be specific to mine, I don’t know why other’s aren’t seeing this issue.