Hey everyone! In previous versions, ctrl+scrolling up with nothing selected would zoom into the center of the window. Now it veers off to the bottom right of the project.

Not really a huge issue and tbh it’s kind of funny but are other people experiencing this? And is this somehow a feature not a bug?

Pinch to zoom on Mac trackpads (with Catalina at least) is also broken. When zooming out completely, the galley view scrolls all the way to the left. Sometimes it works as expected but if you keep zooming in and out by pinching again it starts scrolling wildly again.

The z and x shortcuts do work as expected though, so I’ll change to using those keys instead for now! 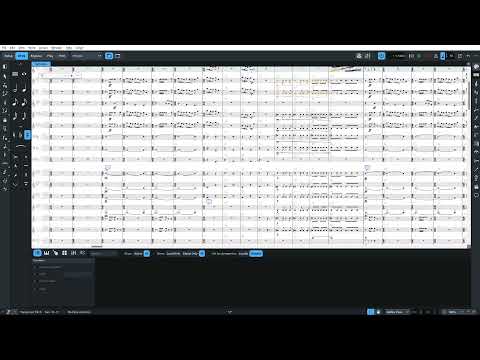 Yes, for the time being you need to ensure you have a selection, else it will zoom into the wrong spot. This was adjusted as part of the work on the iPad version in the summer and it still needs some further attention on the desktop.

It’s been reported on the French group — and I noticed it too. And “center selection” wasn’t working as it is supposed to. I admit it’s not helping, when dealing with large files.
I noticed that center selection was not behaving as expected especially when in Engrave mode, a beam was selected, and a group label.

Thanks and merci guys!

I think this has to be fixed very quick. Even with a selection, it behaves strangely. I’m angry, because it slow my work a lot.

I’m sorry you’re angry, Christophe, but welcome to the forum. You really should find that provided you have something selected, zooming with the trackpad or using the mouse wheel is just as accurate as before. Without a selection, it’s a bit crazy, but we will fix it as soon as we can.

Dear Daniel,
As I wrote before, the behavior I experienced with something else that a notehead (in Engrave mode. It was a beam) was totally erratic. I’m not angy, but I wish we don’t get another whack-a-mole thread…
[Edit]: I’ve been trying harder, and when I select a beam, if I zoom in, it ends up centering on the note, but when I zoom out, it goes to the beginning of the score (my beam was on the last page of a 20 pages score). If I select the barline, it does behave “correctly” (as with noteheads), but with an erratic move.

FWIW it’s behaving fine for me in Windows, probably just a little iPad → Mac spillover which is completely understandable. Except somebody up there shows it on Windows, so don’t know. Not worth bursting a blood vessel over though.

You might be right. And I’m using the magic trackpad. Maybe it behaves better with a mouse.

Yeah mouse scroll is fine. I’ll check the Apple trackpad later, but that’s probably the culprit as they’re both using internal API’s for fancy scroll. And hey, now with multi install I can actually say “I’ll check my Mac later”

Thank you for welcoming me. But no, even when something is selected, the zooming is weird, even if it’s not the same weirdness. And why the hell should I select something before zooming ! It worked like a charm with version 3.5 ! Please fix it.

I think your message has been heard. The team is good about fixing issues, today’s only the first day (poor Daniel has been typing answers since 8AM, for like 12 hours or something!) and we’ve already heard a number of fixes which are getting worked on ASAP. So please hold tight and let them deal with it all.

FWIW it’s behaving fine for me in Windows

I’m on Windows with scroll wheel and I see the same behaviour as reported by the original poster.

The issue is solved in 4.0.10
Indeed, now the screen stays centered on what was on the center at the beginning of the zooming/unzooming. Much easier to understand.