Against the big Wall....

I have full version of HSO and I want to kill my self. I used it occasionally here and there. But now I’m working on the big video project and using HSO only. It’s a disaster! I only have Halion One. I know that Halion Sonic SE has nice interface that can use HSO. But I had a big problem with it that was never fixed by Steinberg after few one on one sessions.
Is there a way to see HSO different than it is in old version interface? Takes forever to find any instrument. Whenever I want to go back to it it doesn’t go straight to it - you have to look for it again.
Anybody - any suggestion?

“Is there a way to see Halion different than in its old version interface?”

I would think not, but if you post your problem step by step, with specifics, someone might be able to help you. I for one was not clear on a] what your problem was, and b] what yyou were looking to do.

This is not meant to be a put down.

Ok.
I. The problem

I’m using HSO full version in its own interface. That interface is (by my own subjective opinion) very bad designed.
It takes a long time to locate an instrument. After I choose an instrument if I want to go back to it I have to look for it again. The whole list of instruments folders are opening.
One time, when I have Halion Sonic SE trial version installed I was able to see HSO in Halion’s interface that was a lot better organized. After my trial version was ended I have to uninstall it. Thank I went through a lot of issues with “no valid license for HS SE”. Even after I uninstalled everything that was associated with that product. I even asked Steinberg for help but after few individual sessions I end up with Halion One (that has only few loops and Yamaha piano). But no more license errors.
I can’t see HSO in Halion Sonic interface anymore since than.

II. What I’m looking for


I’m trying to find a way to see HSO in easier interface (Halion Sonic like). But I don’t think I want to load HS Sonic SE again after what I had to go through.
I know I sound impossible. I want something but I don’t want to make necessary steps.
But maybe someone will have some solution in that matter.
Maybe there is a way to see it in Halion One interface or such…?

Ok I have not used Halion Symphonic orchestra (original) for some years - so i pull out of offering suggestions.

It seems your asking for some kind of new interface

Why not just use the H-SE patches? They are the same patches, plus you get better expression map support.

Can you please be more specific JMCecil?

Can you please be more specific JMCecil?

Look at your last picture you posted. Those patches are the HSO patches. They are slightly reorganized. But, they are essentially the same. Unless you have the full 24bit version that is.

Those pictures are not from my computer. I copy them from net…
I’m looking at my Cubase 6 package and I have Halion Sonic disc. But it is trial version.

I’m trying to remember but I’m thinking the HSO vstsound files are on the C6 install disks.

The thing you will have to get used to is that there are fewer patches with more switch/articulations per patch in the vstsound sets. But, you have all the same sounds with full Note and VST expression support through Halion SE. Plus, once you use it, you will REALLY comprehend how awful the original HSO interface was.

I think you narrowed the problem.
I don’t have Halion SE in my Cubase…And I’m using 64bit 3.5.0.592 version of HSO
When and where did I loose my SE ?!? And how can I get it back?
Do I have to reinstal HSO to use it as a plug in not as a set?
Too many questions…

This is where I put the files. Then I scanned from Media Bay. 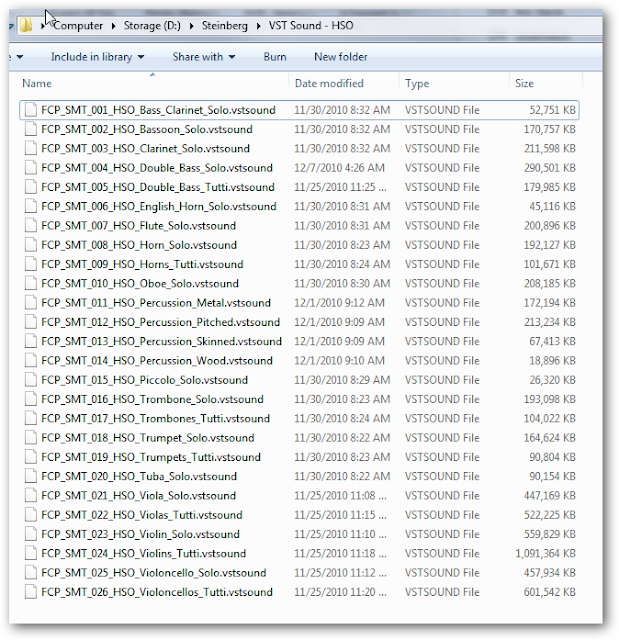 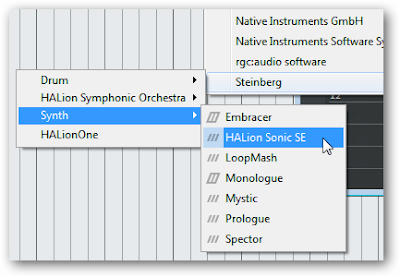 Snag your C6 install disks and do the x64 install of H-SE. Find those vstsound files and copy them to your HD. Scan in Media Bay. You should be good.

I don’t know but I can’t locate it…


by the way - how you are paste the pics in this forum instead of attaching links?

I don’t have disks handy so I can’t look for it.

Those pics are on photobucket and added to this site using

Problem solved - I guess.
Thank you so much JMCecil

no prob. Glad is working.