Any news on single-line melodic instruments?

After some looking around I found that this is possible by hacking the instruments.xml file which is part of the Dorico program. Of course this is not user-friendly and implies it’s something that’s not officially supported and might break things or get reset on an update.

Anyhow, there’s multiple posts about this subject: using a single-line stave for melodic instruments. This is a common practice in contemporary music. Attached you find a typical example in “Workers Union” by Louis Andriessen. For some reason Dorico constraints all notes to stay fixed on the single line, it doesn’t allow to change the “pitch” of the note. From a developer standpoint this doesn’t seem extremely complicated: remove the constraint and allow the change of “pitch” in single line instruments. By doing this you’re not impairing the usage for people who don’t need this functionality; people by themselves are perfectly capable of inputting notes dead-center on the stave line, you could even make it input on the line by default. 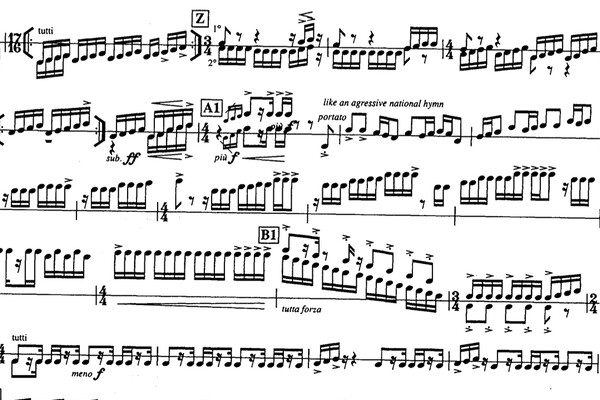 Is there any news on this functionality? Like I mentioned, it’s been requested multiple times and it baffles me that something as quintessentially contemporary isn’t a possibility in such a modern program.
Honestly, this is just one of the many very constricting things Dorico does that immensely inhibits any contemporary music notation, making me think Dorico is only catered towards romantic-era composers. As a contemporary composer I’m having a very hard time to stick to Dorico, oftentimes baffling myself and others how restricting it is.

I’m curious what the benefit of this style is, given that it makes determining the pitch of notes away from the line very difficult.

Listen to a recording of Worker’s Union. This style of notation is usually associated with melodic lines without defined pitches. Instrumentalists can determine their own pitch material while the composer still determines the relative distance between pitches. 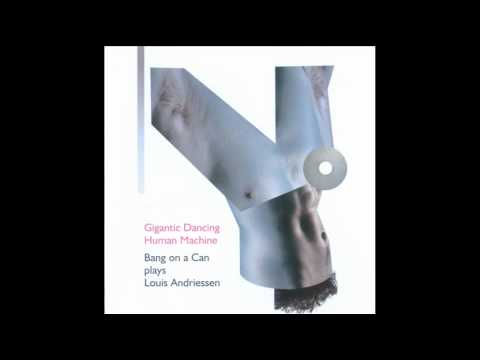 Subverting percussion notation isn’t the right way to address this requirement. What’s needed is a way to change the number of staff lines used for a pitched instrument, i.e. making it possible to do directly in the software what you can do by hand-hacking the instrument definitions or by importing a MusicXML file with a single-line pitched instrument into it.

We have no philosophical objection to this (or indeed any widely-used) notation. It’s simply a matter of time and relative priority. We plan to make it possible to edit instrument definitions in a future version of the software, as we’ve said many times, but it’s perhaps the most complex kind of data that Dorico carries around, and it’s not a small job either to build the user interface for this kind of editor, or to ensure that the software responds appropriately when you change things (which obviously isn’t possible at the moment, because you can’t edit them while working on a project).

Dorico is not biased towards any particular period or idioms of music, except in terms of needing to focus on common practice stuff first, before we can spend time working on notations that are specific either to, say, music before 1500 or music after 1930. But we absolutely plan to cover the whole gamut of common Western music notation in due course. We ask for your continued patience as we work to address the requirements of our exceedingly diverse user base.

Similarly, I’d like to see 6-line Organ staves, so going in the other direction!

Thank you for your reply. I understand the need to first focus on “common practise” notation and get that sorted.

Can I ask, and I mean no disrespect: how is it possible for Dorico to move out of beta stage (and even reach major version 4) when implementing essential conventional notation functionality is still being worked on? I switched to Dorico recently, and seeing it’s at version 4 instilled an expectation in me that it’s beyond the basic common practice stuff, but I find that there’s many things (to name two: Dorico’s inability to correctly interpret Pìu Mmosso/Meno mosso or “play only the first/second/etc time” functionality in repeats) that to my interpretation definitely falls into the “common practice” category. Don’t get me wrong: Dorico is very solid in many regards but at other times it feels like I’m dealing with pre-release beta software, which is not what I’d expect with paid software that is marketed as version 4.

If they released it only when everything was finished, you’d still be waiting another 10 years for version 1. (And in fact, you wouldn’t get anything, because no company would invest 20 years of work with no return.)

Beta means “test what we’ve done, to make sure it works as expected”. It doesn’t mean “make sure we’ve done everything”.

I understand your reply and where you’re coming from. However, I’d say “common practice stuff” like they call it implies a certain instigation towards expecting certain basic functions to be functioning properly after a beta, say, for instance the pìu/meno mosso case. That’s an example I’d not expect to survive beta-testing, let along survive all the way through version 4 of the program. A program like Dorico is used today, which means composers of today will be using it, requiring certain modern notation techniques. If all contemporary composers need to wait for basic functions until any contemporary notations will be covered at all, I’m not sure I can recommend Dorico at all until things improve, without a timeline.

I’m saying this not to just bash on the developers – I’m saying this because Dorico is a shining light at the end of a very dark tunnel containing Sibelius moving to subscription based billing and Finale being, well, Finale. I want to be able to recommend Dorico to my fellow composers, who have been asking about Dorico extensively. They’re really eager to switch, but they can’t, because it’s not a complete program yet for contemporary composers and I had to find out the hard way.

@benwiggy posted a doricolib file containing 0 and 1-line non-percussion instruments in this thread. I would download and install his file, and then you’ll have it!