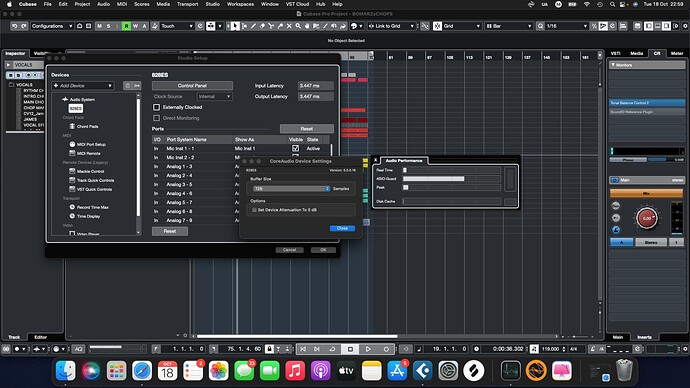 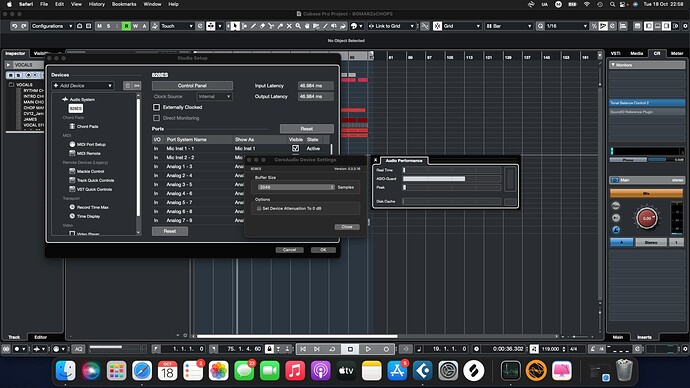 I cant say I´m super technical, but I remember on my other mac I used to change buffer when mixing and saw a massive difference in performance and the meter did change alot when I changed buffer. In my new macbook pro M1 Max 64gb ram Im seeing similar setting value on the meter and there is absolutly zero change when I maximize the buffer to 2048

why on earth is this like that. Can anyone explain this ? I know this is not how it should be since it was completely different on my other machine I remember I had to change the buffer to 2048 when mixing now if I max out on 128 I cant even change to 2048 and see a difference on the performance / load meter.

I think you should change the buffer size directly in the MOTU driver / control software.

they let me change sample rate in the motu avb but not buffer. at least I see it nowhere, it follow the buffer set in DAW I think 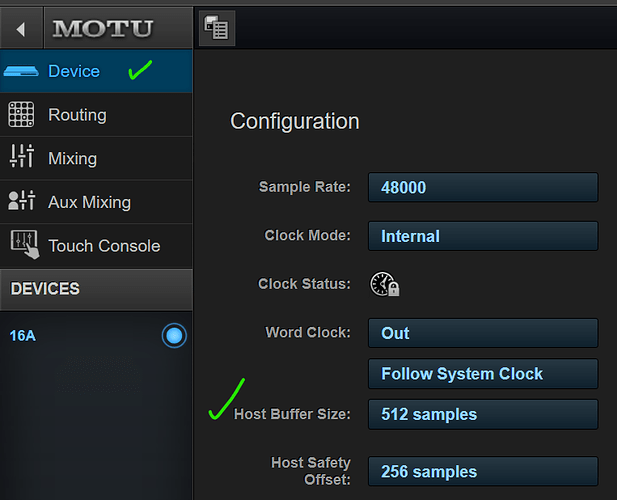 Our setup may be different though since you have a different box.

Regardless, I think the actual Asio Guard meter isn’t really a performance thing, right? I think it says that it “shows the average load of processes that can be preprocessed.” So maybe that doesn’t change as you change the buffer size.

But on the other hand you can see that the “peak” and “real time peak” both change. When you lower your buffer size the peaks roughly double, and your latency goes way up as well. So you definitely should see different performance once you reach maximum performance on that computer.

seems like I dont have that option to change buffer in my motu discovery, I used to see peak, real time and asio all doing something now it seems for me that asio is the only thing that is showing any load on the meter

Well, if all the processing that you’re doing fits within the ASIOguard buffer then the others won’t be affected I think. So there’s only little activity on the other meters as you play back audio (though as I said I see a doubling in load). If you turn ASIOguard off though the other two should jump up a bit.

I’d also say that if your project is light enough, or your CPU fast enough, then you won’t see that much movement.