Every day we pray that the next Cubase fix the bugs, don’t destroy previously implemented features and eventually integrates great new features (that most of the time are already present in some other DAWS). Every year we Pay and then we Pray for next year.

Anyway, here’s one of the Very Very Nice Feature (Reaper this Time) that I think a lot of people would love Cubase to integrate ASAP (in the next decade or so…) : 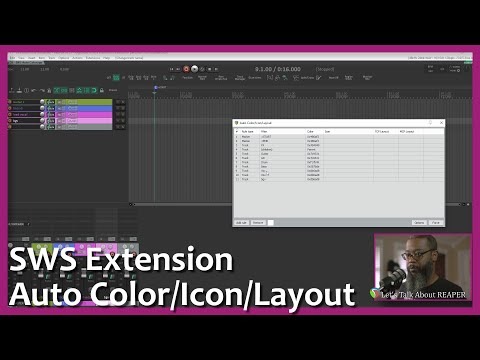 Never used it, when I was struggling to get an acceptable workflow with Reaper. IMO, if there should be one thing that Steinberg should take from it, it’s the Ripple editing feature. I perfectly and happily live without the rest…

Yes I agree with you on the Ripple editing feature !

Now Cubase is a generalist DAW used in very different ways, by different people, with different needs, which is great !

But it is and has been for at least 10/20 years the most used DAW in the Film/Game/Orchestral Scoring (with Logic on Mac of course).

And for all those people who are usually working with projects including between 50 and 2000 tracks with many, many different instruments (with naming conventions, colors, folders, groups, icons) I’m pretty sure that an Auto Color/Icon/Layout feature like this one from Reaper would speed up their workflow and would be very welcome in Cubase.

I really like the SWS extensions such as auto colour within Reaper.

However, you can do similar in Cubase using the Project Logical Editor:- 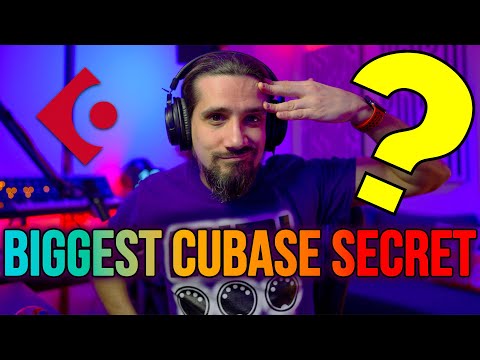 Only downside is that you need to process each colour separately and it’s not done on creation like SWS script. Although I believe you can put all of them into a single key command, perhaps?

Thank u “skijumtoes” for the Logical editor suggestion, I love the Logical Editor and use it already.

I agree with u I’m pretty sure it would be possible to put all those custom color coding editor functions in one Macro with only one shortcut.

But It won’t be done automatically on creation, you would have to press the key every time once the track is created and correctly named.

The biggest disadvantage though compared to Reaper is that as far as I know u cannot do this with Track Icons only with colour, except if someone out there know how to add a custom action target in the project Logical Editor ?

Cubase should really be doing something about Track Icons it seems like a gadget to some people and they don’t care about it but for people working with huge sessions containing a lot of tracks it makes a huge difference.

When u have 30 Brass tracks colored in Red than the Track Icons makes all the difference to quickly scroll vertically on the arrangement window or horizontally on the mixer to know where are Horns, Trumpets, Trombones, Tuba, etc. it’s just visually so helpfull for navigating big sessions.

Right know track Icons in Cubase are a pain because of multiple reasons :

So Steinberg please one of these Days do something about Track Icons !!! (in the next decade or so)

People either love or hate track icons. I remember back when i was a Logic user people coming on to the forum and saying Logic looks like a kids toy because of the icons, and there’s no way they can use it in a ‘professional’ environment. lol

Me, personally, it’s something I use in Reaper (With the auto colour/icon SWS extension), but I don’t touch icons in Cubase - and you know, reading through your points, maybe there’s a few of them that lead me to not use it? I’ve never really considered it before.

What i really like about the Reaper Auto colour/icons is that you can set the order colouring/icon assignments are carried out. This allows for a really easy method to apply icons and colours within parent and sub groups. i.e. you paint all your bass instruments one colour, yet apply different icons as to whether they’re slap, electric or synth etc.

You don’t have to worry about all this silly AND, OR statements in the PLE. It’s more like programming than what an audio user wants to see.

I don’t think people maybe appreciate how handy such auto formatting options are, until you’ve used them. And agree, it should be better implemented as a standard feature and not reliant on PLE.

Thank you “skijumptoes”, I totally agree with you. I also remember the “kids toys commentary”, Maybe one day they’ll understand that Track icons can be used in other ways than just to make Logic pretty, lol

I also agree with u, in Reaper this feature feels more like programming and that’s what I like about it.

Maybe one day they’ll all understand that big sessions with :

The PLE is an incredibly powerful tool. I have only scratched the surface, but combined with creating Macros and assigning the Macro to one single key command – you can literally do EVERYTHING with it, you can do stuff that no other DAW can. You can mold Cubendo into being exactly what you want it to be, to fit YOUR workflow. And then you can buy something like the Stream Deck XL and assign your own custom key commands to it, so that you have keys that say exactly what they do, to do the stuff that you need to do.

I have used the PLE/Macros/Stream Deck to create a button I simply call “COLORIZE TRACKS”. It is based on a set of PLE commands which colorizes all tracks the way I want them to (I always have red strings, blue brass, yellow woodwinds, brown piano, green percussion etc.), simply by recognizing every word from violin to timpani to darbuka. If I once add a track name that doesn’t match my current rules, I update the PLE command, and then it is fixed for all eternity (because the changes in the PLE then also follows into the Macro).

Yes, I have to press my “Colorize Tracks” button once I have added new tracks which does not have the correct colour. But I’m pretty sure this could also be avoided by creating macros again which first creates new tracks, lets me rename them and then run the colorizing command to apply to the new tracks (maybe by working with applying the PLE commands to the selected track – as the newly created tracks would automatically be selected at this point).

I haven’t tested this myself, but I wold be surprised if you could not assign track icons with the PLE just like you can apply colours…?

Thank u “eirik_myhr”. Totally agree with you ! Everything u described is possible,
BTW if u are using PLE + Macros+ Keyboard Maestro / AutoHotkey u can go quite far into fixing stuff or automate stuff.
Unfortunately concerning Track Icons in PLE Action Target list there’s no Track Icon option so I don’t know how this could work ?

Unfortunately concerning Track Icons in PLE Action Target list there’s no Track Icon option so I don’t know how this could work ?

Ah. Maybe it isn’t after all. Haven’t tried it myself, and I’m not back in my studio until August 2nd

and some Track Icons like emojis also from the forum