Hey guys,
I do a lot of post-soundstrong text production and I am moving away from Protools in the coming years.

Can any tell me what Mix Control surfaces work best with Nuendo? Also tell me your experience with your surface and why you think its the best choice for your Nuendo setup.

1# Best integration Nuage, no competition.
2# Best hardware S6. Worse integration than Nuage though.
3# S4, not as flexible as S6 as it has a more. Limited feature set.
4# Used S3 or a S1
5# anything Midi, however as Midi 2.0 finally seems to be on the not to distant future a midi 2.0 controller could end up high on the list if well implemented.

S1 dock also needs a mention. Seems to have had a few integration issues, I’m not sure if they have all been solved (I have never used one).

Also how you actually work on all these are VERY different. The Nuage with a fader and master unit is a integrated systems controller. Editing on the master unit is great and intuitive when you have established muscle memory. And the fader unit while on the surface technically a bit limited is really great and effective in use.
Nuage feels like a part of Nuendo and not like a separated controller.

The S6/S4 can have similar functions as the Nuage on their soft keys, but the soft keys are not at all intuitive and personally I highly dislike the action of the buttons. The feel of a S6 is definetly of a controller controlling a DAW, the feel vs Nuage is very different (We have both).

The smaller eucon controllers and most midi controllers sold now do not have controls to make editing a thing on these, basically turning them into just basic mix controllers.

If you are a “keyboard warrior” and don’t want to change, then a smaller fader controller is probably a good choice.

Thanks, @ErikGuldager , I was thinking something along the lines of an S3 or SSL UF8. I like the idea of a Nuage, but I don’t like the price point. Not saying a Nuage isn’t worth it but the way audio budgets have shifted I just always have to think about future value and longer cycle usage when it comes to hardware.

No need to explain. We all choose our tools based on budget and projected use.

The UF8 works very well as a mix surface and gives you access to most of the mixing options. Learning where everything is takes a bit of time, but once you know you’re good. Plus the thing is solidly built.

Another vote for the SSL UF8. Well integrated, with a bit of customization provides fluid workflow. I converted from Avid/EuPhonics, which was giving me regular problems and way fewer features.

I also have a UC1 along with it to control the channel strip and bus compressor.

Especially when paired with the SSL plugin subscriptions which is very comprehensive and affordable. I’m in the SSL beta test program and they’re working on some interesting things.

I don’t think the SSL Nucleus2 is a current product anymore. It seems like the UF8 has has replaced it. You can setup multiple UF8s to get the same result.

Starting with version 1.3 of the SSL 360 software (connector for UF8) there are now transport controls as well. Not as ergonomic as a separate transport section on the console, but definitely functional. 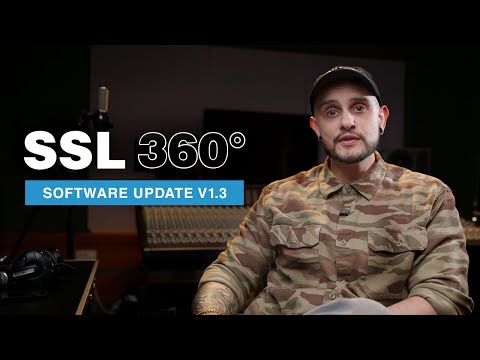