At age 67, I’m woefully behind the curve on music theory but know enough basics and while I can’t read music scores, being a visual person, MIDI piano rolls are far more user friendly for me.

(I played guitar and sang my own songs in my teens up to my 30s using no more than 4-5 chords… and got a way with it. Doesn’t work to what I’m trying to learn and apply now.)

Attached is a very basic 4-bar C G Amin F string progression that is where I’m starting in this project. I can use my ears to know if a note is in key with whatever bar I’m in, yet while I’ve had some success using the Scale Assistant, I get confused on what Scale Suggestion to choose.

For instance the chords C G Amin F are in the key of A min, right? (It’s embarrassing that I even have to ask) If so, do I have to choose a Scale Suggestion for each bar, or once for the whole 4 bars?

Enter the whole Major and Minor 3rds realm - what settings should be applied to each bar of this progression? Be it to add a harmonic chord and/or for notes of a melody over it?

Or to change key?

For example, from the little I can understand, one reason George Harrison’s “My Sweet Lord” works so well is due to the application of a Minor 3rd about halfway in that changes the song’s key.

I’d like to be able to do that, be it using minor or major 3rds as chord harmonies or shifting melodies - whatever sounds right according to the piece I’m working on.

Thanks for your guidance.

Well it is really up to you and your own musical needs as to how you use these tools. So my comments are based on what I find useful and likely differs from what works for you.

First I turn off Automatic Scales and only manually enter Chord Events where I want them (not every X bars, only where a Key Change occurs) and generally not based on any Suggestions from Cubase. Your “My Sweet Lord” example illustrates why. Without double checking your description of the chord progression, it sounds about right as to what’s going on in the song. While you can think about the errant chord as a quick modulation into and out of another key I don’t find that very useful. One of the main purposes behind the concept of Keys is that they are specifying a Tonal Center for the song. And as long as that isn’t really changing over the song don’t think of it as a Key change. Instead think of it as an Accidental or a Chord Substitution (substituting major & minor, both ways is very common in classic rock). These deviations are more like flirting with another key but they aren’t even dating.

So I’m typically going to use the same Key throughout. I’m certainly not changing Keys every time an out of Scale Chord shows up (which is exactly what Automatic Scales in Cubase does). Or maybe you use different Keys for different sections of a piece (e.g. Intro, Chorus, etc.).

For instance the chords C G Amin F are in the key of A min, right?

Yes, but not exclusively. They are also in the Key of C Major and going further afield into modes you’ll find them used by E Phrygan or D Dorian & a bunch of others. The Chords don’t in and of themselves specify the Key - the Tonal Center does. Think of the Tonal Center as a kind of home base, the foundation and then the related Major, Minor (or Mode or Scale) describes what a harmonic structure built on that foundation would generally look (sound) like - keeping in mind that you can deviate from that harmonic structure to add sonic interest or really for any reason you might have.

Here’s a good book about the concepts of music theory that is aimed at musicians with a rock/pop/folk background for use within those styles. FYI the author isn’t the same guy as in Eurythmics.

And here’s a pretty comprehensive look at the wide range of Chord Progressions out there and how they have been and can be used.

And finally here’s a site that can help figure out what Chords are in what Keys/Scales. It can also drive you a bit crazy - remember the goal isn’t necessarily to have all the Chords perfectly map onto the Scale.

Chord Progression Finder for Music Composers: Allows you to analyze a chord progression in order to find its scale and other chords that fit it.

@raino - Again, thanks for your detailed response and as stated to you in my perhaps TMI offline message, I have to keep things simple and tiny bites at a time due to information overload syndrome, so to speak. It feels rewarding to just learning one small thing at a time - for instance I just learned that what I was starting to create during the arc of a piece is called "ostinatos.

While books can overwhelm me, I appreciate your link to the Chord Scale Finder and am currently working through mining what it has suggested for the aforementioned starting chord for my piece.

I usually Google extensively on what I’m trying to learn but must not have keyworded it well. But just found this (for guitars but can be applied to what I use - keyboard) that I may be able to capisce:

*"The most common two-note harmony is based on the interval of a third. Using a standard seven-note scale, such as the major scale or one of its modes, a note is paired with another one found two scale degrees higher.

As to the use of the piano roll Scale Assistant in Cubase, for now I just match the tonic or key of each chord, then move the chords up or down with or without inversions until I find something that sounds right to me. Some of the chord positions suggested are way off (dissonant notes) but I ignore those until I find what works.

Diving more into the Chord Scale Finder will be useful. So thanks again.

BTW, I kind of got it wrong about “My Sweet Lord” - the change is due to a diminished chord though a minor 3rd is involved, I think. A guitarist at Reverb explains it.

Couple of things I noticed in you screenshot that might be useful.

First if you are using Cubase 11 or higher you can activate Global Tracks which will let you see the Chord Track while in the Key Editor.

Second, by default Cubase colors the Notes in the Key Editor based on Velocity. But you can change that to base the colors on the Chord Track.

As far as the overall music theory thing, I’ve spent hours online today looking up and learning stuff - i.e. use of Tonic, Dominant, Subdominant and even what I have avoided due to thinking I couldn’t understand it, Modes.

The screenshot below is IMO a cool and easy way to understand the spectrum and use of the Modes, taken from this “The Modes Ranked by Brightness” video.

While I’ve begun a new composition, I’m taking my time by wanting to integrate what I am learning. I might be a bit dense at times, but stuff gets through…

@raino - OK, so I set up the roll as you suggested choosing my own colors (Cubase 11 and tested it briefly in 12). But… I don’t see the vertical keyboard-parallel stack of notes that you have. Is that some add-on thing or am I not seeing a setup option?

I don’t see the vertical keyboard-parallel stack of notes that you have. Is that some add-on thing or am I not seeing a setup option?

The Part in the Key Editor was just something available in the Project I had open at the time. All the Notes in the Part were chord tones and hence only Green & Dark Blue. So I wrote in (and later deleted) a stack on Notes on every half-step just to illustrate the color changes.

At age 67, I’m woefully behind the curve on music theory

You know what Philip, as you’re clearly an intelligent chap, I recommend you brush up on music theory. It won’t take you long for everything to fall into place and you’ll then find the various tools in Cubase much more useful.

Here’s a very good channel on YouTube. “Old school” teaching but very effective. With the winter months looming, if you were to watch some of the episodes, then come Spring you’ll have made significant progress and your compositions will be much better. 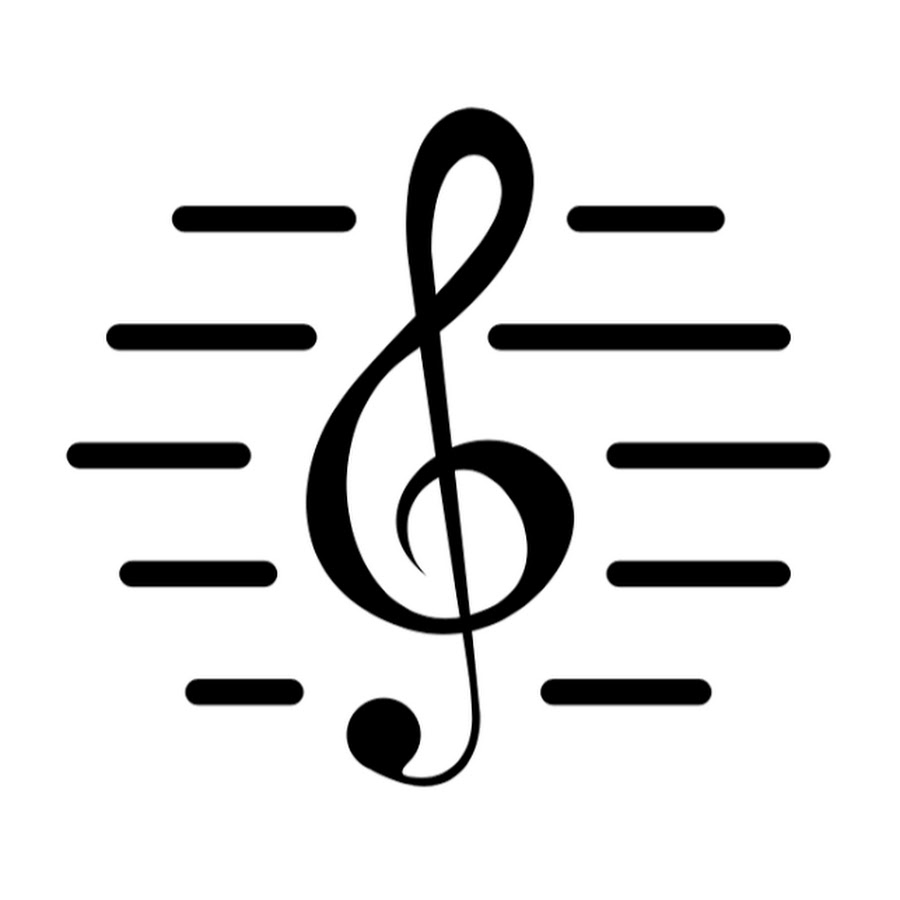 A good idea to install the free SE version of Steinbergs Dorico whilst you’re at it to help with the notational aspects of music theory.

@RobF - Thanks for reply and suggestions. I just installed Dorico SE and I can see how it could be useful, but I have to actually have arranged something before its benefits could be applied. As to Music Matters, as you said, it is a bit old school (or classical music oriented) which is a bit over my level for now.

That said, I already have dozens and dozens of bookmarks to music theory videos I have watched, one of which is the Composing Academy channel at YT. A knowledgeable young man who also happens to use Cubase which is a plus…

I’ve always had a “math block” type thing with sheet music (I understand the basics but can’t read or write) and it’s just too much for me to learn. But still learning so much anyway. Part of it is some aspects of classical music interwoven with simpler modern songwriting.

The bottom line for me is as you said — good progress and making compositions far better. I’m way ahead of where I was even a couple of months ago as to theory, and/but applying it as I compose is where the rubber meets the road and that requires patience.

That’s the main thing Philip, imagine where you’ll be in a years time! A very exciting journey. Re classical music, it’s actually really straight forward, (nowhere near as complex as jazz for example) and the theory on Music Matters reads across to all genres.

Have a go at composing say 16 bars of anything in Dorico, doesn’t matter how awful it is, just doing it will give you confidence to get over the “math block”. After a while you’ll be flying - honest.

PS Great to see you’re a Beatles fan, the best band ever!

@raino - I figured out your vertical notes thing and created my own Pitch colors. Right side shows keyboard “light up” when notes are selected. This tiny one bar reference MIDI file may not end up being needed, but might as well have it. So thanks for the inspiration.