Can cubase 11 or 12 do a selection like this shown?

i’d like to be able to cut the tops of the waveform off (in instances of feedback mostly but unless i can isolate a frequency range perfectly, i can use this if it is possible. i tried searching for it but only general selection help was found. if there is a way to do this, what is the terminology or what is it called?

Look into using Spectralayers for something like this. It’s included in the pro version of Cubase.

You could also try an EQ to reduce the level of particular frequencies.

Yes just use the drawing tool. You can do it in a larger context on the part and the project window, or you can get really technical and zoom in and the editor. 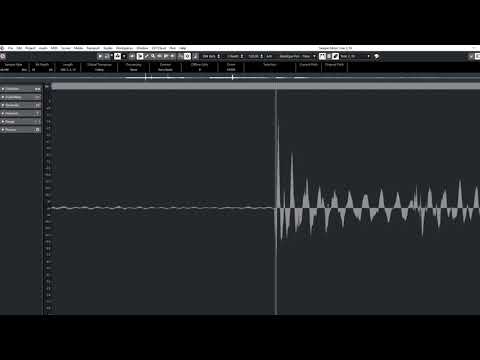 oh. i just haven’t messed with the draw tool. I’ll try it.

i was having trouble with cutting and pasting even though i have done it before.
example… i want to extend a song by copying a lead break and repeating it right after the lead break again. (an insert if you will)
then i also want to overwrite a part of a song. i assume with a range selection.
i had copied a portion of a song today and wanted to insert it but instead of inserting after the cursor it copied the entire song again even though i just selected and copied a small part.
it seemed sorta crazy.
i forgot what I did before.
anyway, i was gonna mess with the draw tool but got side tracked by this!