Capo above a vocal line not supported

I work on a lot of music which is a single vocal staff (or sometimes a full 4-part choral piece) with guitar chords. I am currently transposing a song where the original has capo chords above the actual chords, but Dorico does not allow that. Capo access is only above a fretted instrument staff. It would be very useful to be able to put capo chords on any staff that has guitar chords above it.

I’m planning to use a guitar staff as the vocal line as a workaround and see how that turns out. Not really happy with that solution, though.

This is already supported - you can set chord symbols and chord diagrams with a capo to appear above any staff, because the setup for these is defined on the player, not the instrument. To change the capo definition for a player, use Setup mode: 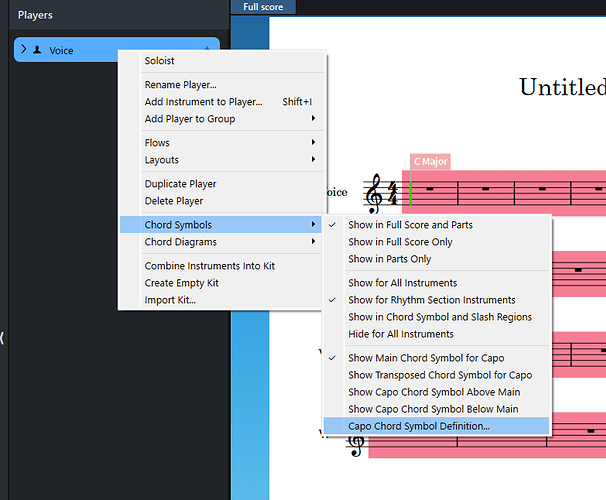 Thanks! Exactly what I was looking for!

I’m curious about capo in two different places. Under guitar as the instrument, click on the three dots and get: 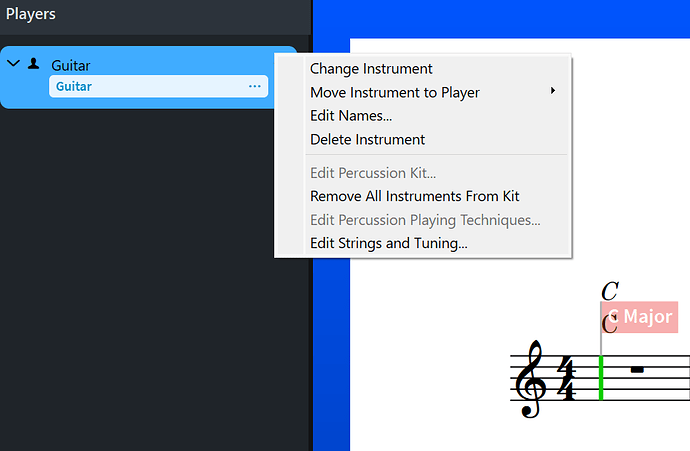 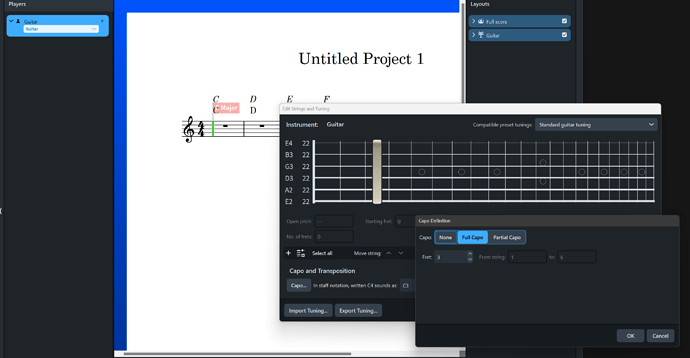 image2697×1401 179 KB
This is a very useful diagram for a non-guitarist (me) and I assumed that this was how to insert capo chords in general. The player capo is quite primitive in comparison…

The capo definition for the instrument is more complicated because you can define a partial capo. Partial capos don’t have any effect on chord symbols as they don’t give rise to a transposition, so they aren’t included in the equivalent dialog for the player.

The other reason for the differences between the two types of definition is that with the instrument it’s possible to define a transposition that isn’t associated with a capo. This can be useful if you’re dealing with detuned guitars (where the whole guitar is tuned down a semitone or a tone).

Documentation of capos starts here – there are several levels of how to show capos/control what they affect, in order to suit different use-cases.

Capos are devices that performers clamp onto the necks of fretted instruments to depress strings at a single fret position. This raises the sounding pitch of open strings affected by the capo, allowing performers to use the same fingerings and chord...