I like to record some of the mixer, project, and instrument displays in Cubase for use in Videos.
OBS (Open Broadcaster Software) doesn’t record the ASIO output of Cubase. I have been looking for a way to do this…

I found a plug-in for OBS on a GitHub page but it appears that it only allows recording the inputs of an ASIO device and not the DAWs output.
Does anyone have any experience with this? Do I understand correctly? I tried and couldn’t figure out a way…

I found a video where a user installs FL Studio 20, which contains a “Driver” which reroutes the ASIO output of a DAW to Windows Audio.
This can allegedly be recorded in OBS. I haven’t tried it yet.
Has anyone tried this? Is there a similar feature in Cubase I don’t know about?

Basically, I would like to record the output sound of Cubase with the screen capture simply to aid in synchronizing the video to the music. 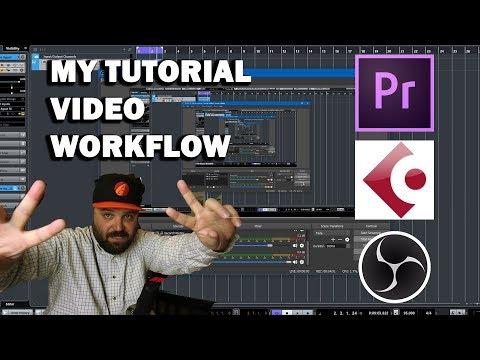 You can have a look at this.

Thanks! I had not seen that one before. It looks promising.

Also, thought I would add that I did download the FL Trial and the ASIO driver that’s routes the audio from the DAW to Windows Audio works (you can select that driver in Cubase). Also, the installer actually lets you select components of FL to install and you can keep just the ASIO driver. (Correction… You have to install the main program but then you can uninstall it in Windows settings). I did have to adjust the latency a bit higher to resolve dropouts but I suppose the conversion to Windows Audio loses some efficiency and I am only using it to capture screen video of Cubase with sound anyway so no big deal. I haven’t tried the Voice Meeter yet (not sure I will need to.)

Awesome. Just In any case, Voicemeeter is free too. And with it, you can do many other relatively complex things (like surround content playback) should you choose to do so.

Problem in VoiceMeeeter. Too much buffer needed for composition tutorials. The problem is to have to route monitoring through VoiceMeeter and use its audio engine.

i’m using OBS and Voice Meeter to do live streaming “gig”, on Piano or cubase…

i’m using Garritan CFX as a piano plugin.test are done on the desktop.

Unfortunatly there is a big latency with the monitoring of the audio.
The only way to play was to shut down the sound of the UR22, turning on the internal sound of the keyboard (CP33 yamaha) and put it on a separate mixer and speakers so i don’t have a delay while the sound of the Garritan is used for the streaming.
So a big delay between what we hear and what we play.

in cubase, the only solution so far is to stream project already recorded or streaming stuff where i don’t play live.
any idea of what i’m doing wrong ?

someone here succeded to have a plugin on the desktop and able to play it “almost” in a correct way ?

This the way I have settled on for now: