I have a question about using plugins in the master section in Wavelab Elements.

I have this problem: I have loaded a WAV file - peak at about -0.1 dB - and the Master Rig plugin with the EQ modul enabled. If I set the EQ modul to a low cut filter, the volume and peak of the track in the master section suddenly goes about 2 - 7 dB higher and there’s a lot of clipping.

I tried this with other EQ plugins, but it happens all the time.

When cutting of the low end, the volume should decrease and not increase, or not?

What am I doing wrong? Did I overlook something? I am not a Wavelab pro, but I’ve been working with audio editing for a lot of years and this never happened to me.

I added a screenshot of the problem to this topic.

Can anyone help me?

Sounds like Q is too steep at the filter frequency. You need to apply a lower value.

Thats the nature of the filters.
Use a low shelf instead and play with the Q.

Thanks for the fast answers.

Okay, so I always thought wrong about the function of a low cut filter. Q is flat, so it shouldn’t have an influence on it I guess.

But why does the volume increase when a section of the sound is cut? I somehow don’t understand it.

But why does the volume increase when a section of the sound is cut? I somehow don’t understand it.

This does not seem normal, but I can’t reproduce this. Please save and upload it here.

Personally I would not try and master a track that is peaking at -0.1 dB . Reduce the gain and try again would be my advice.

I recorded a screencast with the problem, but I somehow can’t post or upload it here because there are no videos or links allowed.

Maybe this works: (there’s a space between “youtube” and “.com”

Thanks a lot in advance, this problem keeps making me mad.

I discovered this some years back as a debunk to the low cut gives you more headroom myth. I did try to talk about it but I was mostly ignored (which is usual).

I did a lot of my own experimenting and it was when I was using a waveform display the secret revealed itself perfectly.

When we use a low cut, this causes a shift in time with the low frequencies. Now imagine on the wave display like a loud low freq sine wave. On this sine wave is sitting various other transients that will either add or subtract to it. If you have a waveform that was previously hitting say -0.1db, no peak transient is higher, when the low frequency of that waveform is shifted in time, now a transient that was previously sitting in a trough might be sitting on the peak (or closer to it), this transient peak will now be much higher. and, likewise, the same can happen the opposite (which is why sometimes the lowcut tightens things up), transients that were sitting on a peak, may now be tucked in the trough.

Let me explain that another way.

Load up a waveform display that can show you the wave still but draws out, now apply the low cut, see how say a snare hit transient, now sits different in the display due to how the low frequency is phase shifted. Yes I know, “mix with your ears” but still!

This also means a lowcut after all your sidechain ducking or volume shaping, can also seriously mess things up if you have it perfect already. which is also in some cases why the lowcut tightens things up as your pump might not of been as tight to start with but the shift locks things in better.

Psyscope do a good free waveform VST that will display still (static) but draws out.

I was going to make a video “to cut or not to cut, that is the question” highlighting the issue because out of the thousands of youtube tutorials I’ve watched, no one ever pointed it out, bar 1. I think it’s a very important thing to consider and doesn’t take that long to stumble across it.

Same with the sidechain pumping issue. It’s all very hard to put in words but once witness undeniable.

Okay, I need to correct myself a bit and add, when I write “troughs” I mean at 0 crossing, as troughs are just the opposite of the peaks. A transient peak that was sitting in the 0 crossing of the low frequency sounds, once that low frequency is shifted, the transient will now peak higher in which ever direction the sine wave is now shifted. Not even just 0 crossing, I use that as the most extreme example.

I hope any of this actual makes sense in words, apologies if not!

I’ve made a video using sidechain ducking to show what i’m on about. There’s a pt2, a very short video that actually shows the shift and a video titled “To Cut or Not to Cut” showing the loss of headroom 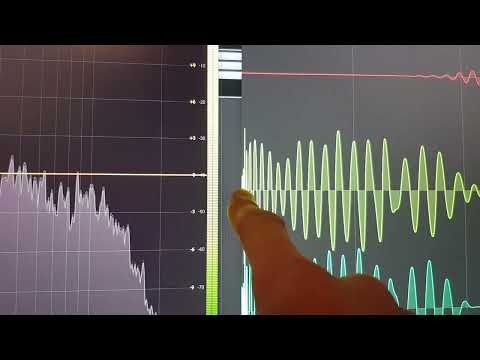 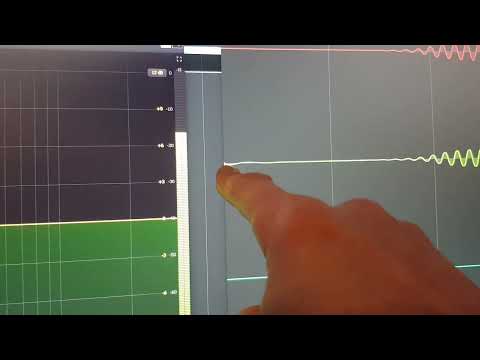 Thanks for taking so much time for my question and putting so much effort for the answer!

For example, when I use the EQ on my hardware mixer for a low cut on any signal, the volume goes down, not up.

Or does my problem / your answer only refer to signals that peak sharp unter 0 db?

My problem startet with putting a low cut filter on a mastered track that I was sending out of my soundcard to a cassette tape deck. Because tape doesn’t like that much bass, I used a low cut below 50-60 Hz. I usally use a limiter behind the EQ and never noticed the acutal peaks over 0 dB behind the EQ.

I haven’t tested hardware EQ’s. I’ve often wondered if the same issue applies when using the lowcut on PA amplifiers. I would presume the same is true to both as it’s simply physics. This is what I observed with VST’s. 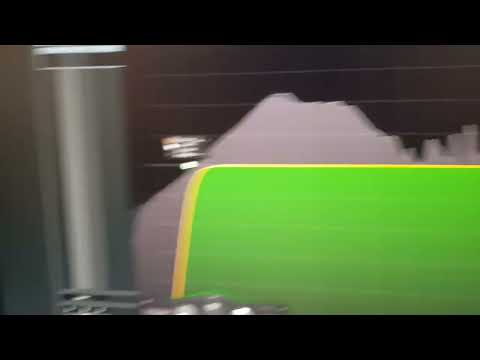 “Or does my problem / your answer only refer to signals that peak sharp unter 0 db?”

That should make no difference, we simply put things to Odb so that we can easily see the change.

And just to be clear, I don’t claim to know the answers, it just interests me, observing what’s happening when we play with sound.

When cutting of the low end, the volume should decrease and not increase, or not?

Nope, not necessarily; typical IIR EQs alter phase relationships to boost or cancel specific parts of the spectrum. When you cut lows you’re altering the harmonic content of the signal and the actual waveform will change: For example, Google images for a square wave pre and post a HPF - you’ll see (often) a drastic change in the transients, usually with significant overshoot. RMS levels may lower, but peak levels can easily be hotter (a slightly different but similar phenom occurs in reconstruction filters of D/A converters).

One of the many reasons one should never process a signal approaching 0dBFS.

I was going to say…I think this is normal behavior.

It all depends on the nature of the material, how the EQ works, how close to 0dBFS the audio is etc. but it’s pretty common for loudly mastered material to clip 0dFBS even when cutting frequencies.

The level increase isn’t always huge but if you’re already close to 0dBFS and have really great metering (as WaveLab does), it’s not surprising to see this.

I’d do the EQ changes before the final limiting, or drop the level a few dB and then apply the corrective EQ and move on.

I think the displayed curve is not the exact truth. Near the fall point, there can be some ripple, this depends on the filter, though. Example: