I’m using a Flute VST that uses CC1 for dynamics. I’m trying to program convincing releases of long held notes by decreasing dynamics near to 0 quickly at the end of the note.

Is there a way to build this into the expression map (or some other feature) rather than drawing in the curve manually, or perfectly placing (otherwise superfluous) dynamic markings?

Not totally sure but you may need a VST instrument with release samples. The violin VST I have been using lately makes a point of having recorded release samples, and you can engage this on or off. I imagine the case may be similar for flute, because you certainly dont want to mess up the score with spurious dynamics or do it manually for thousands of notes!

Hi there, thanks for the response.

I’m not necessarily needing this every note, just at the end of a phrase that ends with a held note.

I’m not using this library, but the way he plays phrases in this video demonstrates what I’m after: 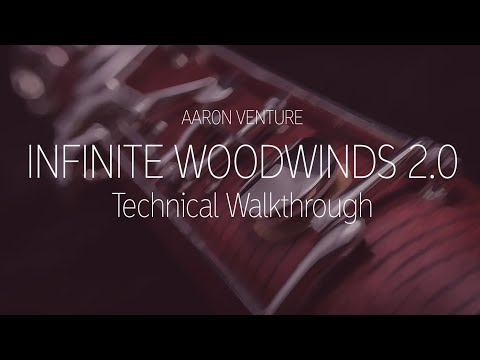 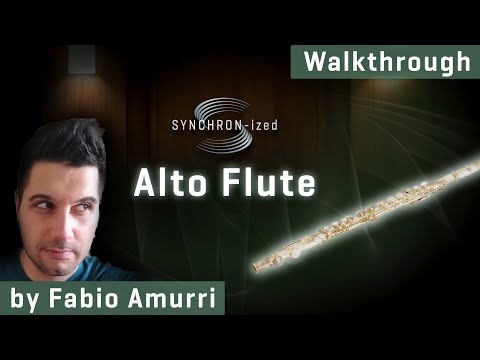 I’d be surprised if there’s a way of automating this in the absence of dedicated fade samples. I draw in countless CC11 lines in this situation with all my libraries and just regard it as part of the workflow. Would also love to hear if anyone has clever ideas on this one! Of course you don’t always want to fade sustained notes at the end of a phrase so I wonder how exactly it would be automated anyway even if it could be done.

Note performer does this by default, I’d be curious to know how it is actually achieved technically.

yes, NotePerformer is another kettle of fish compared to your average sample library. Of course there are many patches which always fade out long notes but that’s not what we’re talking about here, I think. What is normally needed in my experience is that long sustained notes should often diminish in volume when other parts are continuing the counterpoint so that the lines can be clearly heard-- it’s something human players and singers (should) do instinctively but libraries cannot yet understand such concepts although NP gets closer than most.

Thinking out loud: in Dorico, you can program sustained notes using the note length condition. This should allow to separate the sustains from all other (shorter) notes.

I suppose inputting the volume/expression controller instead will be to abrupt, but perhaps something to investigate.

@Paolo_T is an expert on expression maps, he might have a suggestion.

I don’t see this as part of an expression map. The expression line of a melody is something that changes depending on the melody.

The only exception can be an xmap entry recalling a sample with a slower release, or changing the release CC to a higher value. But it wouldn’t replace the normal careful programming of the expression.

I love Aaron Venture libraries, but they’re meant to be played in. They don’t work well with notation, IMHO.

@dyross, what library are you using? Unless I missed it, I don’t think you said either here or over on VI-Control. Unless it’s something really obscure, someone may have done some work on the expression maps already.

Thanks, these are helpful suggestions! I agree that it doesn’t replace careful programming, but it might be a useful shortcut.

I’ll try them out.

You’re probably right. Not using them in this example, just found the video to be a useful demonstration of the technique in general.

I am wondering if anyone does use Aaron Venture libraries in Dorico and finding success?

I am currently using the Xsample woodwind bundle that has been discussed a bunch over at VI-Control. They were recently heavily discounted (from an already attractive price).

I am having some luck with the expression maps in general, but after going through a bit of a learning curve with the UI.

Just one perspective here, but I tried them and it didn’t go well.

I did find they worked great if I recorded them in real-time MIDI.

I hear ya. Did you mess with humanization (in either/or Dorico or the instrument itself)? Did you draw in CC manually?

Does it sound too synthy?

I tried all the above, but AV just isn’t designed to work with notation programs.

The real-time MIDI recording thing does work pretty well, to be honest. If you preserve timing and velocity, you get what you put in. At that point, it’s basically using Dorico as more of a DAW than a notation program, but I’m really dependent on seeing the score to write.

It occurs to me that the closest musical notation that corresponds to when I want the slower release is a breath mark. Understood that it’s not typical to notate every breath mark in a woodwind line, but it seems to me to be a reasonable tradeoff.

Does Dorico allow you to hook any playback techniques in an expression map to breath marks? (It doesn’t seem to be the case, but maybe I’ve missed something…)

Does Dorico allow you to hook any playback techniques in an expression map to breath marks?

In this sense, yes you can hook up any playing technique to any sample (or defined playback technique), broadly speaking. The complexity arises when multiple articulations are found in the MIDI stream. Some of them must cancel the others, others must combine in certain ways, and so on and so forth. This can get very complex, and we do not notate most of the nuances of live playing, only some.

One strategy that people use is to create expression maps that control traditional articulations that are found in scores, such as legatos and staccatos; and then also create “auxiliary” articulations that are used in the score for playback but hidden and not visible in the engrave or print mode. For this, you can either repurpose existing symbols (like the breath mark) or you can easily create your own and call it “woodwind release”. Perhaps the latter is a better approach because it doesn’t create a problem in a few months’ time when you need “breath mark” and realize it’s programmed to trigger something else. And I’m almost certain you wouldn’t want to display it in the final score.

I also think drawing curves or playing live is better in cases like this. But I totally agree it would be great to be in a position where you input notes and have the response that’s a little more convincing and realistic.