Large amount of crossfades seem to result in a corrupt project file. For example, following this guide: 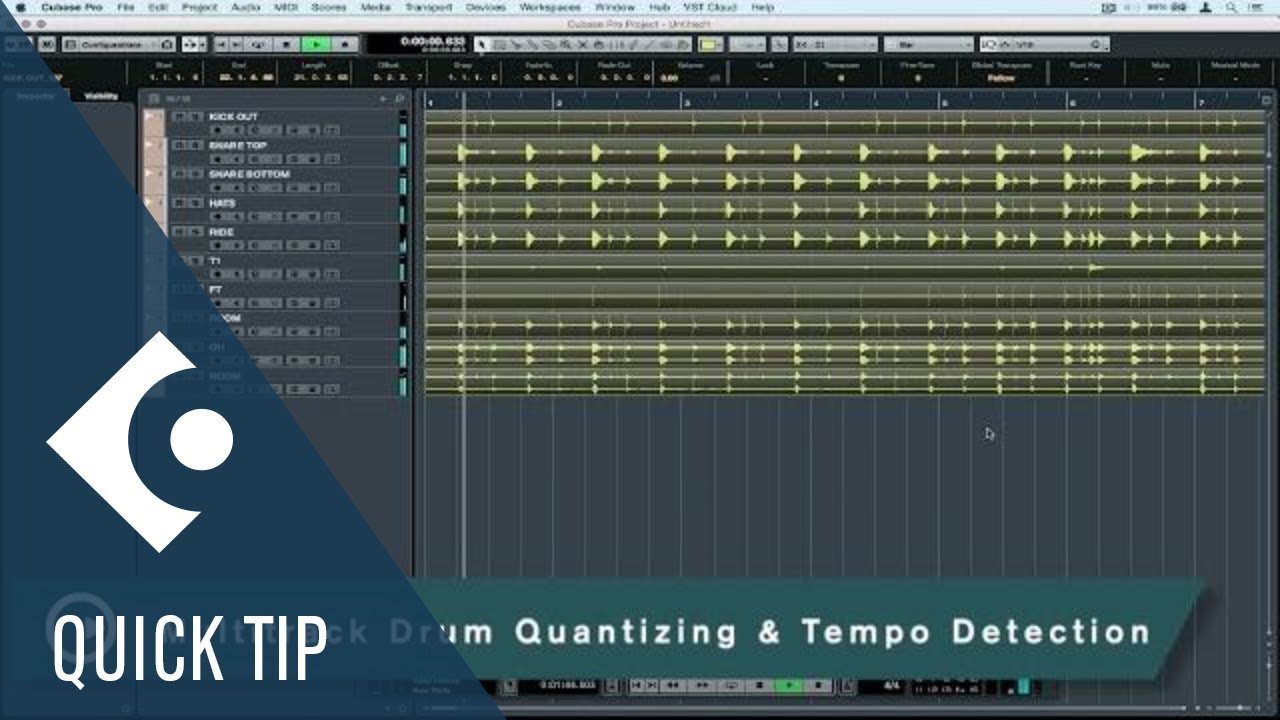 and working through entire song will most likely result in a corrupt project file, which crashes Cubase when trying to open the project later.

The culprit seems to be the Crossfade and/or Soft Quantize function, or both of them in combination. In other words, after applying the Delete overlaps, Close Gaps & Crossfade from Quantize Panel (Crossfade button), the project most likely ends up being corrupt, depending on the amount of crossfades applied. In my case, a generic heavy metal song with double kicks is enough. Tested with Cubase 11, and a clean vanilla install of Cubase 10.5 on a separate machine with no 3rd party software envolved. Note: the project doesn’t become corrupt if I bluntly:“All selected > Slice > Hard Quantize All > Crossfade”. Corruption seems to happen with Crossfade when Soft Quantize or manual edits are done.

Also tested by importing multiple songs with multitracked drums into a single project, and chopped and quantized them. Although the GUI becomes very sluggish, this still works, but after applying Crossfade, the project becomes corrupt. In my particular test song case, I can slice and quantize the entire song without problems. After applying Crossfade on approximately first half of the song, it still works and loads up afterwards. But if I apply Crossfade through whole song, it becomes corrupt and will not open anymore. So there seems to be some kind of ‘fixed size/magic number’ limit for Crossfade operations after which Cubase can’t handle the project anymore.

Could you ZIP and attach the corrupted project (just the CPR file), please?

Retraced the steps on a blank project, and the project ended up being corrupt (or at least crashes Cubase when trying to open). Added as an attachment on the opening post.

Tried this again. This time setting Auto Save Interval to 1 minute. Eventually ended up with a corrupt project again, although used only hard quantizing and manual edits. Traversed the backups to figure out the point where the project went bad, and noticed, that the project and backup sizes where roughly around ~10 MB. But one quite recent (5 minutes before) backup project was closer to 200 MB, tried to open this, and to my suprise it opened up and was healthy. After this point I had disengaged the drum edit group and did some manual ‘non-phase locked’ edits to kick track, if this information is useful.

Also, after slicing, in the audio Editor window, Cubase seems to try to populate the dropdown list for Events with the hundreds and thousands of individual selected slices and overlay their waveforms, as the individual slices get selected after the slicing. Don’t know if this is ‘how it was meant to be’, but it sure seems quite a resource heavy operation for the computer.

Tried to look for .dmp files also, but it seems none are generated.

Any update/insight on this? The .cpr file is in the opening post.

Could you try to generate a DMP file by using Microsoft ProcDump utility, please?

The -h option will write a dmp file in case of an application hang. This might kick in too early sometimes, in case some action takes a little longer. Feel free to skip the “-h” option, if you are only up for fetching crashes.
The option -e will catch exeptions and the option -t terminations of the application.

ZIP and share the DMP file via Dropbox or similar service, please.

Thank you for instructions. Now I got a crash dump (attached in this message). Also, Procdump64.exe gave some lines in the console:

I cannot reproduce the crash here on my side. I’m wondering, if it’s because the WAV files are missing, or if it’s something different.

The DMP file points to Cubase and then a few of Windows lines.

Could you try in Cubase Safe Start Mode [Disable preferences], please? Or even trash all your Cubase preferences folders:
%appData% Steinberg/Cubase X_64

Reported to Steinberg. Thank you.

Trashed all preferences, started in Safe Mode (without preferences), moved audio files away from project folder. Still the same result; crash when trying to open.

Could you try to reinstall Cubase as administrator, please?

Could you try to repair Microsoft Redisitrbutable, please?

Tried with a fresh install of Windows 10 Enterprise Developers Evaluation Edition as a virtual machine.

In addition to crashing Cubase, trying to open the project crashes the entire virtual machine forcing it to reboot.

Thank you for the information.

Took a look at the dump file with WinDbg. I’m no expert, but it seems to point at malloc function, which would lead me to suspect an unaccounted dynamic memory allocation failures / memory leak bug with Cubase on Windows platform?

Similar crashes started to happen on Mac also. Managed to edit about 3 songs worth of drum tracks in one project, then after bringing in more tracks (guitars etc), crashes start to happen again. On Mac, the behaviour is slightly different. The GUI turns very sluggish also on Mac (not as early as with Windows). Then, Cubase suddenly crashes completely (‘shutdown without warning’). The difference on a Mac is that I can get the project (or backups) open again, without losing all the work. On Windows, the project wont open anymore.

Do you have a *.crash file from Mac, please? I’m just wondering, if it’s the same crash.